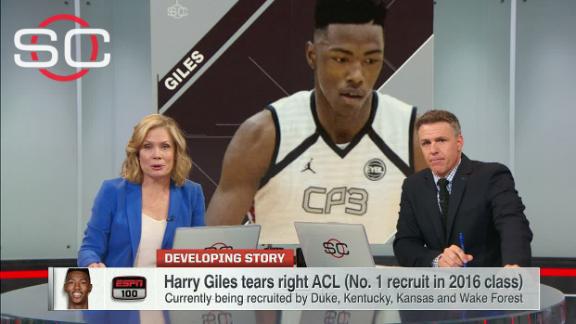 Harry Giles, the top recruit in the 2016 class, tore his right ACL on Tuesday night and will miss the remainder of the 2015-16 season, his father confirmed.

Giles, a senior at Oak Hill, was fouled 1:59 into the game on a drive to the basket and subsequently asked to be removed from the game.

The 6-foot-10 power forward previously tore his left ACL, MCL and meniscus but had sufficiently recovered from the injury to become the top recruit in 2016.

He suffered a broken third metacarpal in his left hand in practice in September but had recovered from that injury to suit up for Oak Hill.

The early signing period for college basketball runs from Wednesday through Nov. 18. 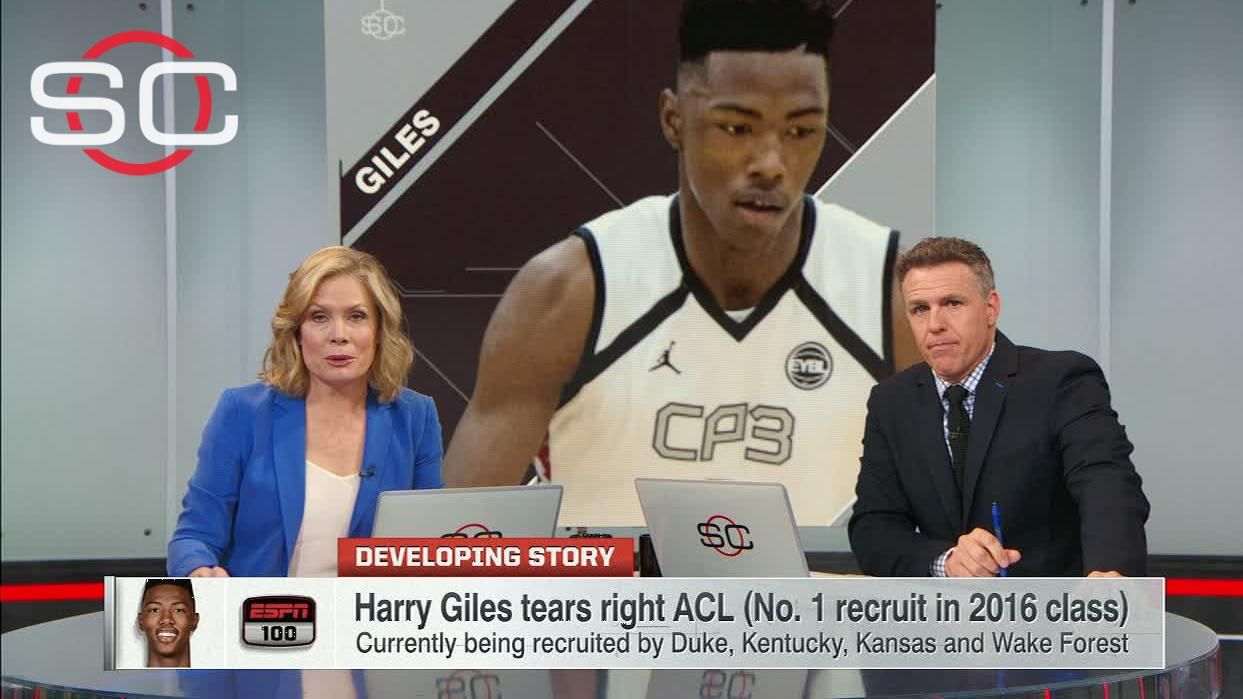