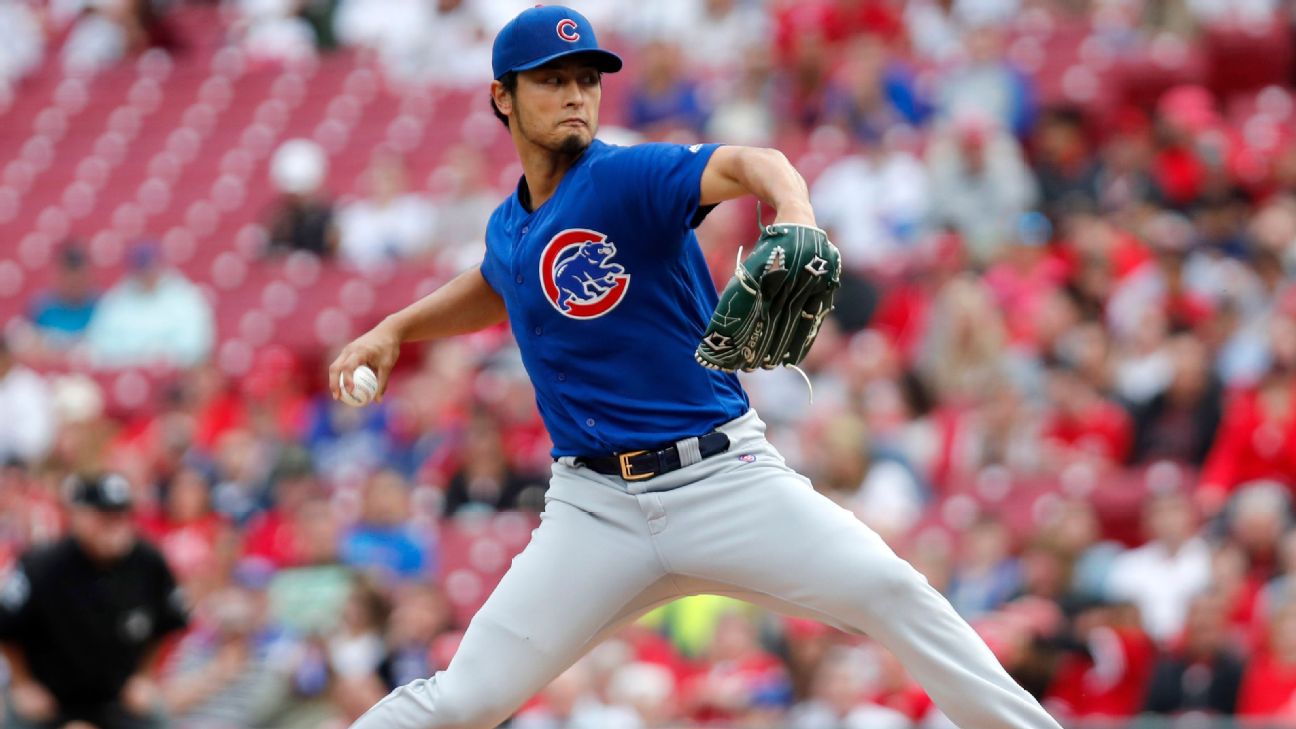 CHICAGO --Cubs pitcher Yu Darvish will undoubtedly hear the cheers come Monday night at Wrigley Field -- but will they be for him? Darvish is set to face off against a Cubs "legend," as Philadelphia Phillies hurler Jake Arrieta will oppose his former team for the first time since leaving via free agency after the 2017 season.

Darvish ended up replacing Arrieta in the Cubs' rotation but hasn't exactly replaced him in fans' hearts.

"He's a legend in Chicago," Darvish said with a smile in advance of the juicy matchup. "My family and I love Chicago, so that means he's my legend, too. He's pretty amazing."

Talk about showing respect to your opponent. It's probably because Darvish knows all too well what he's up against: Arrieta helped break the Cubs' 108-year championship drought in 2016, one year after a historic Cy Young season.

All Darvish has done in a Cubs uniform is produce a 5.05 ERA -- when he's even been healthy. The righty leads the league in free passes this year but is coming off his best performance, a walk-free, 11-strikeout outing on Wednesday at the Cincinnati Reds. Now, he takes on Arrieta, knowing full well how the two are linked -- though last year it was on Davish's mind much more.

"Yeah," Darvish admitted. "I was thinking I need to do the same as him. That gave me pressure. But now I'm OK with it. I know what I can do."

That attitude has been part of a complete makeover for the 32-year-old pitcher. If the matchup had taken place in 2018, there's no telling how it could have gone for the Cubs newcomer who signed a six-year, $126 million deal on the eve of spring training. There's little doubt it still will be on his mind at first pitch on Monday, but Darvish sounds better equipped to handle it.

"As much as I want to downplay it, I know he's going to think about it," Cubs manager Joe Maddon said. "To go out there and pitch well at home would mean a lot to him. I'm there to support."

And ultimately, Darvish will get the support of the fans -- as long as he's not getting outpitched by Arrieta too badly.

The other layer to the linked pitchers is that Arrieta oozes Chicago. He puts the blue in blue collar, often wearing short sleeves in colder weather. Coincidentally, game-time temperature for Monday night could be no higher than 50 degrees.

"He'll probably go with the tank top under the jersey," former teammate Kris Bryant said with a laugh. "I saw that for three years. ... He doesn't care about the cold at all. He's a grizzly bear out there."

As if to show his own toughness, Darvish also went sleeveless on a bitterly cold night earlier this season, something he acknowledges he might not have done last year.

"Last year would have been different because he really wasn't himself," Cubs pitching coach Tommy Hottovy said. "This year, he's just focused on the right things.

"Monday is a year to the day of his last start last year. So, you're talking about literally coming full circle in a year; there are a lot of positives."

Darvish was given a mulligan after his debut season was cut short by an elbow injury, but his numbers this year aren't much better despite making every start so far. There have been flashes, especially in his most recent start. Does he build off it in the spotlight on Monday or does he melt under the pressure?

"You have to remind yourself you're not facing Jake Arrieta, you're facing the Phillies' lineup," Hottovy said. "You can't control what he does on the mound. You have to focus on what you can control."

"The result is going to happen. My best advice is go out there and process it like he has been, because it's been good," the manager said.

"I'm not sure as baseball players we look at as one guy or the other," he said. "I don't think he looks at it that way, either."

Well, Darvish kind of does. It remains to be seen whether being so aware of everything when it comes to the comparisons with Arrieta is good or bad for Darvish. On one hand, it's good he understands the stakes of the Cubs' decision back then. On the other hand, if it consumes him, that's not a good thing.

One thing is for sure: Everyone in Chicago will be paying attention again Monday night. 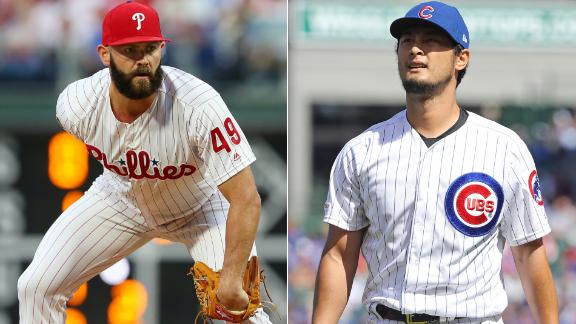