How does Markelle Fultz fit with the 76ers, Jimmy Butler? 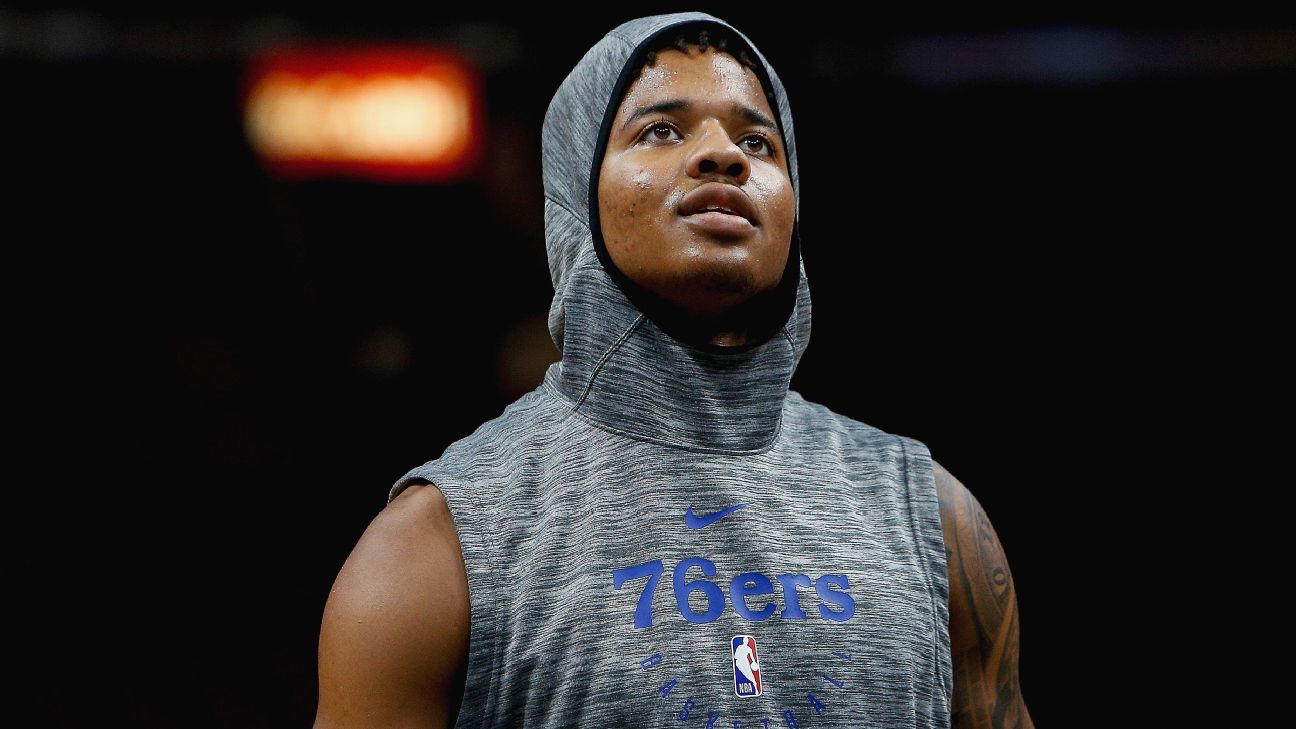 ESPN
By Tim Bontemps
MIAMI -- From the moment Markelle Fultz double-clutched the second of two free throws midway through the second quarter of Monday night's game against the Miami Heat, his shooting form once again became a blazing-hot topic of conversation.

Philadelphia 76ers head coach Brett Brown, however, had no time for such discussions. Instead, his focus is on something else: balancing his personal and emotional investment in trying to get Fultz back on track with his job to lead this season's Sixers to a credible challenge for the Eastern Conference title.

And now that the Sixers have acquired Jimmy Butler, who will join the team for Wednesday's road game against the Orlando Magic, Brown's already difficult task has suddenly become nearly impossible.

"There's no book that tells you how to do that. I use my gut feel and best judgement and just keep it very candid. When I feel something, or see something, and you can convey it to you, or the team, or whatever, that's when I feel comfortable.

"And so Jimmy is going to come in, we're going to make a decision on what that looks like, and we'll roll."

The Butler trade -- which saw Dario Saric, Robert Covington, Jerryd Bayless and a future second-round pick go to the Minnesota Timberwolves in exchange for Butler and Justin Patton -- marked the end of "The Process," the much-discussed rebuilding plan the Sixers embarked on several seasons ago.

Fultz was supposed to be that final cornerstone piece, joining with Joel Embiid and Ben Simmons to form a young triumvirate of stars who would lead Philadelphia into championship contention. But while Embiid and Simmons have more than lived up to their end of the bargain, Fultz's odyssey over the past 17 months has been one of an endless series of twists and turns -- and, along the way, him losing the ability to consistently shoot a basketball.

It is a trip that could be encapsulated by that second free throw he took with 6 minutes, 9 seconds remaining in the second quarter, and with Philadelphia trailing 46-44. Despite Fultz having just made the one before it, he practically pump-faked on the second attempt before letting it go. It clanged off the side of the rim and bounced away.

"I mean, the ball slipped out of my hand, so I had to do what I had to do," Fultz said, when asked what happened on the play. "But I'm not really worried about it. I work on my game. The ball just happened to slip. That's what happened."

Whether it was what happened or not, though, is irrelevant at this point. What matters is that Fultz has become a reminder of what The Process was at the beginning -- a long, slow ascent that required time, energy and patience to see it through.

These Sixers, though, have officially moved past that point by trading for Butler, a prime-aged star whose arrival is supposed to portend Philadelphia's place among the East's elite. That means trying to figure out what players fit around their new big three of Simmons, Embiid and Butler -- and it is difficult to make the case that Fultz can fit, at least right now, in anything more than a bit role.

"We'll be amongst royalty for a while now. So if you refer to that as sort of the first phase of the legitimate process, I think that's fair."

Even with Butler nowhere near Miami on Monday night -- he instead was some 1,200 miles north preparing for his introductory news conference at the team's Camden, New Jersey, practice facility Tuesday morning -- the Sixers offered some clues as to what they will look like once he joins them Wednesday in Orlando.

Before the game, Brown said he knows what his starting lineup will be when Butler joins the team, but that he didn't want to say. Given Simmons, Embiid and Butler all need the ball -- and none are elite shooters -- it would seem the experiment to have Fultz continue to start the first halves of games would have to come to an end. As if anyone needed more proof that JJ Redick was a far better fit next to Philadelphia's new big three, he scored 25 points on 11-for-20 shooting in Monday's win in Miami, providing exactly the kind of spacing the Sixers desperately need in their starting unit.

Fultz can perhaps carve out some minutes in the second unit, playing as a backup to Simmons -- as he did when he returned late last season after sitting out for all but the opening four games. But doing that will mean Brown has to cut the minutes for T.J. McConnell, who has become a steady hand off the bench for Philadelphia -- and helped the Sixers win playoff games last season.

Both rookie guard Landry Shamet and forward Furkan Korkmaz, meanwhile, staked their claims to remain in the rotation once Butler arrives. The two combined to score 26 points and go 5-for-10 from 3-point range -- offering Philadelphia the kind of spacing and scoring punch off the bench the Sixers got from Marco Belinelli and Ersan Ilyasova during last season's late surge that propelled them into the playoffs.

Both are currently better fits to play with Philadelphia's stars, thanks to their shooting ability, than Fultz is.

But Brown made it clear that he isn't about to give up on Fultz -- even as Butler is set to arrive, and the pressure to win on these Sixers is about to increase yet again.

"I mean, it's so much -- for me, it's so much deeper than, like, the responsibility of being the head coach of the Philadelphia 76ers in 2018," Brown said of trying to help Fultz through this. "It's growing him and his confidence and his spirit and his game, and helping him navigate through a completely bizarre period earlier in his life, where he's trying to get through injury and figure it all out. That's on my mind more than, 'Do I play him 18 minutes or 12 minutes?' It's not that at all. It's not that at all.

"And, so, along this path, we'll figure this out together."

From Brown to Embiid and right on down the line, the Sixers have -- right from the very beginning -- done a remarkable job of defending Fultz through all of his trials and tribulations. It's a credit to the organization that they've taken the care to try to shepherd him through this, and see him to the other side.

But the arrival of Butler changes everything. No longer are these the young Sixers slowly ascending through the Eastern Conference with a maturing core. Instead, these are the Sixers with three of the NBA's top-20 players -- something only the Golden State Warriors can claim among the league's 30 teams -- and with every reason to think they can challenge for supremacy in the East.

Doing so, though, is going to require hard choices -- both about how to deploy the players they currently have, and about future moves that need to be made to fill in around the core the Sixers have put together. And, now that Butler has arrived, it is hard to look at Fultz, just a year-and-a-half after being taken with the first overall pick in the draft, as being part of it.

That second-quarter free throw summed up Fultz's entire journey. It's now up to Brown, as Butler gets set to arrive, to figure out where Fultz -- and the Sixers -- go from here.

"We have a tendency to zoom in on something, and beat it up in social media," Brown said. "And so be it. We move on.

"He's got insulation around him, and he's got a coach that believes in him, that will continue to play and develop him, and that's that."

Fultz's free throw hitch is still there
Markelle Fultz misses a free throw vs. the Heat and has a hitch in his form. 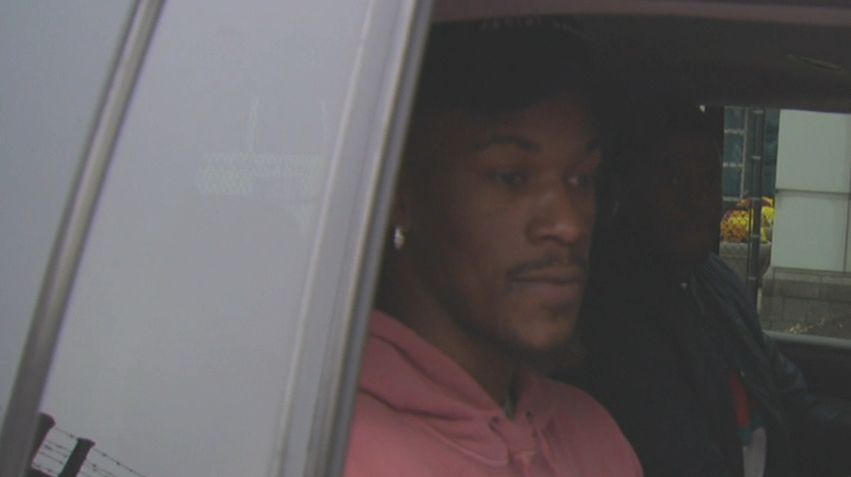 Butler on Philly arrival: 'We want to win a championship.'
Jimmy Butler arrives to Philadelphia, signs some autographs and details what we can expect from the 76ers now that he has joined the team.

Embiid leads 76ers to win.
Joel Embiid had it working from the perimeter and in the paint by recording 35 points and 18 rebounds as the 76ers take down the Heat.
Report a correction or typo
Related topics:
sportsespn2018 19 seasonmarkelle fultztradejoel embiidmovesjimmy butlerphiladelphia 76ersnbacontenderroster management
Copyright © 2020 ESPN Internet Ventures. All rights reserved.
More Videos
From CNN Newsource affiliates
TOP STORIES 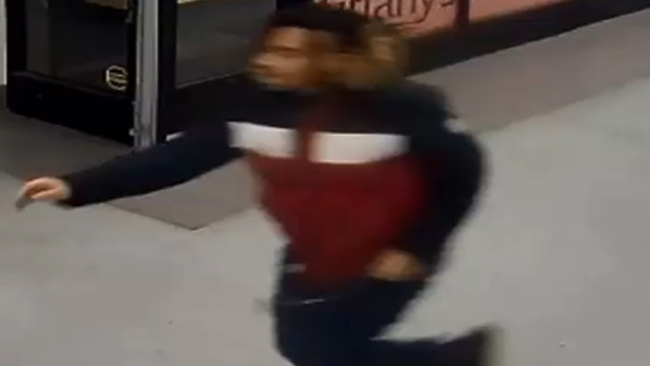