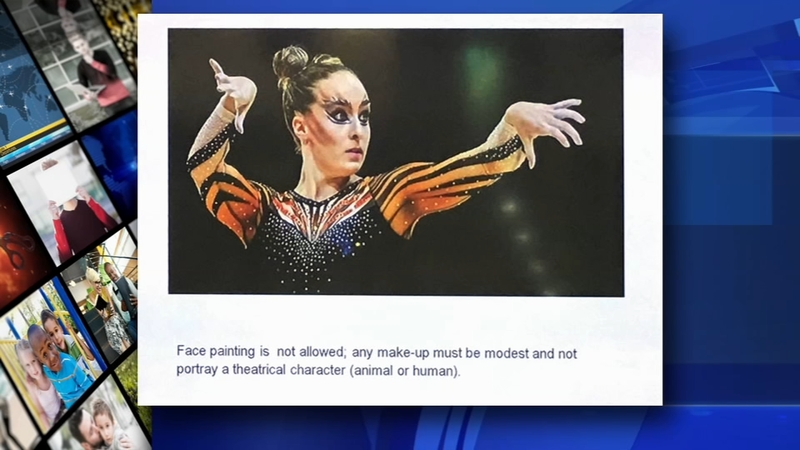 There is outrage over a new rule from the International Gymnastics Federation.

Video from a performance that happened back in August shows Dutch gymnast Celine van Gerner performing a Cats-themed floor routine at the 2018 European Championships.

Though the performance happened a few months ago, the federation just got around to addressing her look.

Earlier this week, van Gerner tweeted out a photo taken at the 2018 World Gymnastics Championships in Doha.

Using her as an example, the rule read, "Face painting is not allowed. Any make-up must be modest and not portray a theatrical character, animal or human."

Though van Gerner seemed to take the ban in stride, joking that she was honored to be the first, last, and only one in history who went out on stage in full character, many fans, and fellow gymnasts are not laughing.

Some took issue with the implications of the term "modest," when it comes to female athletes.

While others suggested officials have bigger problems than makeup right now.

The federation has yet to comment on the backlash.