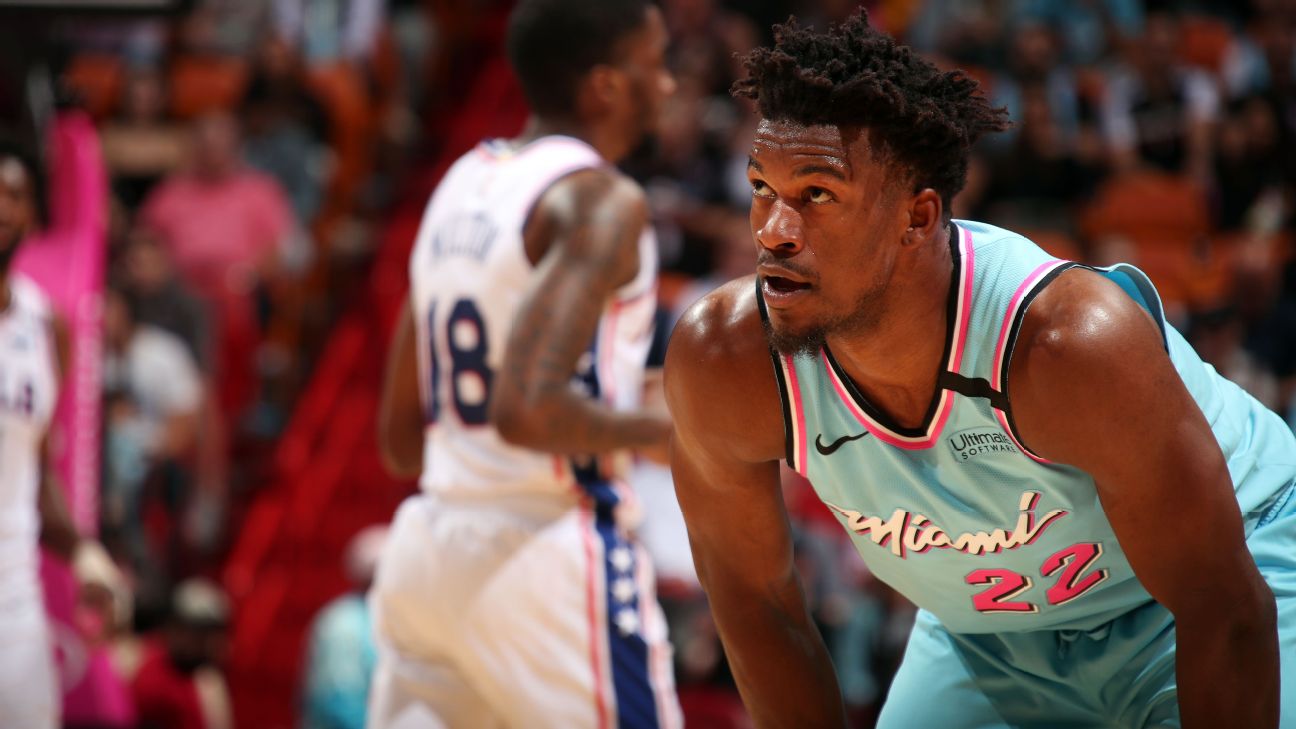 MIAMI -- Heat star Jimmy Butler cruised to a season-high 38 points on Monday, as Miami handed the Philadelphia 76ers their worst loss of the season 137-106.

It was simply Butler's night against his former team. He went 14-of-20 from the field, 2-of-2 from 3 and knocked down all eight of his free throws in 29 minutes, sitting out the entire fourth quarter due to the blowout.

"He was so assertive and aggressive," Heat coach Erik Spoelstra said. "Versus what they were trying to do, he was taking what was available to him, and he got in a great rhythm."

Butler scored 23 points in the first half, his second most in a half this season, and he went 7-of-10 for 19 points in the game with Ben Simmons as his primary defender.

It was one of the best performances of the season for the Heat, who had just three turnovers. That's a franchise low for the team, and it tied a low for any team in the NBA this season.

"That was the best form of us tonight, and it really showed," Heat forward Bam Adebayo said.

Miami (34-15) claimed the season series 3-1 over Philadelphia with the victory, and it remained tied with Boston for the No. 3 seed in the East.

Meanwhile, the 76ers (31-20) completely imploded in the second half, getting outscored 81-54. It was eerily quiet in their postgame locker room.

"We were soft," said Simmons, who was a game-low minus-31 and had a game-high four turnovers.

It's not the first time Simmons has called the 76ers soft. In January 2019, Simmons said his team was "too soft" after it was dominated in the paint and on the boards in a loss to the Atlanta Hawks.

Butler, then a Sixer, disagreed. But a month later, Philadelphia made a big splash in trading for Tobias Harris.

With this season's trade deadline looming Thursday, questions will arise about whether Philadelphia's roster is set up to compete for a championship. The 76ers remain the No. 6 seed in the East, four games back of home-court advantage.

The 76ers' rough spell continued Monday. They are 8-10 since a Christmas Day win over Milwaukee, with more issues becoming apparent with each loss. This is their fourth three-game losing streak of the season.

"The physicality side of things, we gotta step that up. That comes with experience, also just comes with personality," Simmons said. "Don't get bullied. Fight over screens, get through screens. If you gotta knock somebody over, knock 'em over. If you gotta hit somebody in the face and knock 'em down so they don't score, hit 'em in the face."

"Our defense was poor," 76ers coach Brett Brown said. "When you create three turnovers for a game, it's just not a reflection of who we are. I think we're the third- or the fourth-best defensive team in the NBA. And we weren't even close to that tonight."

Philadelphia sent Butler to Miami in July in a sign-and-trade deal that broughtJosh Richardsonto the 76ers. The move helped the Heat go from a playoff bubble team to an Eastern Conference contender, and it's contributing to the 76ers' current struggles.

Heat guard Tyler Herro (right foot soreness) and center Meyers Leonard (sprained left ankle) did not return after suffering injuries. Leonard was seen on crutches in the locker room and did not travel with the teamfor the start of a five-game road trip that opens against theLA Clippers on Wednesday. Guard Justise Winslow also did not travel with a back injury.

Herro did travel with the Heat to the West Coast but was listed as out for the Clippers game. 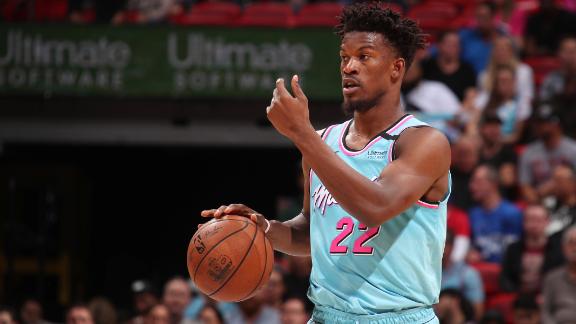