Johnson busted with cell in game, fined by 76ers 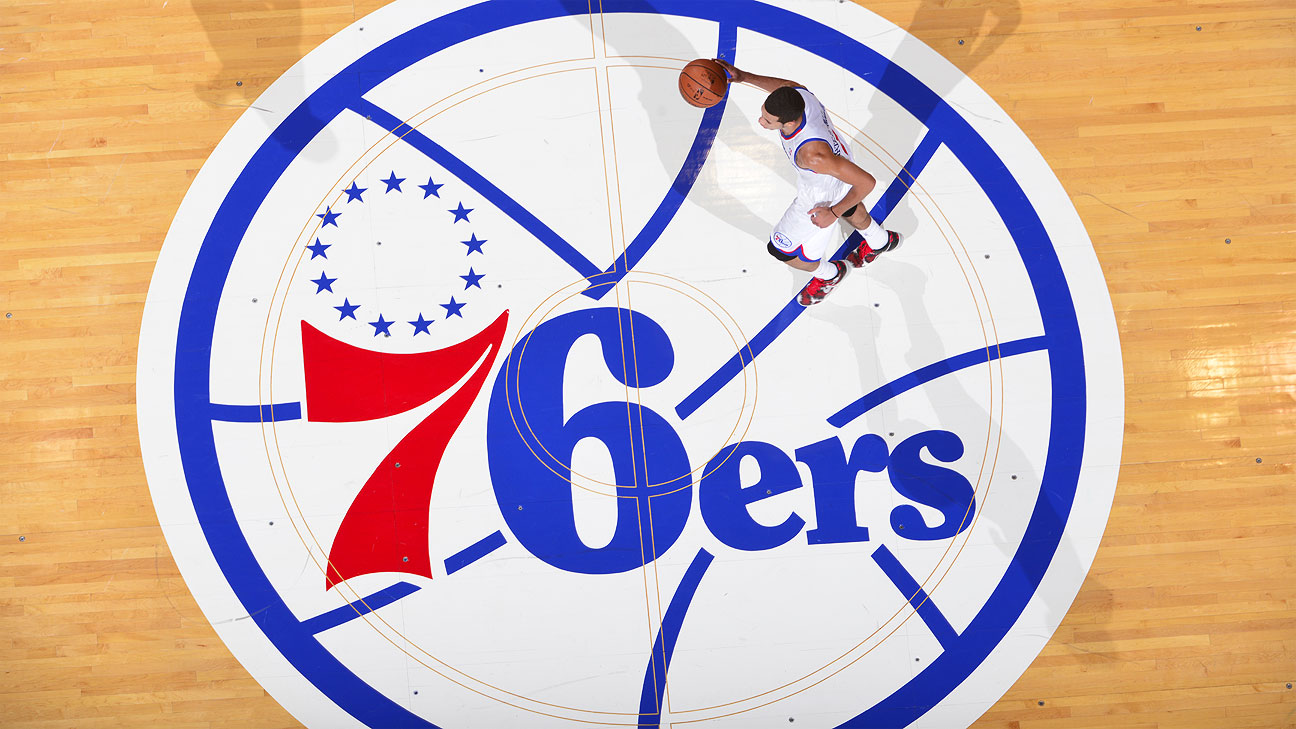 ESPN
PHILADELPHIA -- Amir Johnson was busted for showing Philadelphia 76ers All-Star teammate Joel Embiid his cellphone on the bench late in a Game 1 playoff loss to the Brooklyn Netson Saturday, leading to a fine from the team and an apology from the veteran center.

Johnson was caught by TV cameras sitting on the bench and scrolling through his phone late in the fourth quarter, with the Sixers down 16 points in an eventual 111-102 loss. Johnson showed Embiid something on the phone and then slid it into the pocket of his warm-ups.

"I just looked down because he said his daughter was extremely sick, and he was checking on her," Embiid said.

Johnson issued an apology a few hours after the team's loss.

"I take full responsibility and will accept the consequences of my actions," he said in a statement after not speaking with the media after the game. "I also apologize to my teammates, the 76ers organization and the fans for the distraction this has caused."

The NBA Operations Manual bans the use of cellular phones on the bench during games. The rule book, under the "Use of Technology" section, says violations will "result in substantial fines and/or suspensions."

Sixers general manager Elton Brand said the team has fined Johnson for detrimental conduct. He did not disclose the amount.

"I have addressed the matter with Amir directly, and he understands why his actions were unacceptable," Brand said. "We are moving forward together with our full focus now on Game 2."

"It's not something that we are about," he said.

Johnson was inactive. Embiid, who was listed as doubtful heading into the game, started and had 22 points and 15 rebounds.

ESPN's Dave McMenamin and The Associated Press contributed to this report. 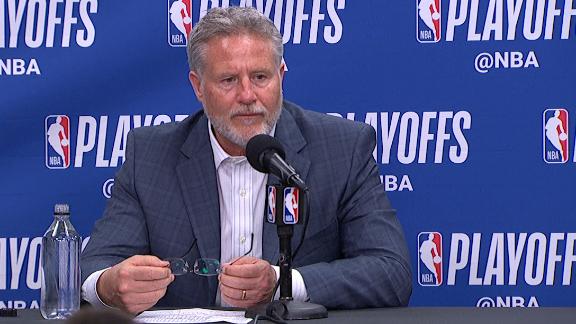 Brown: Johnson using cellphone on bench 'unacceptable'
Brett Brown says Amir Johnson's using his cellphone on the bench during the 76ers' Game 1 loss to the Nets is "completely unacceptable." 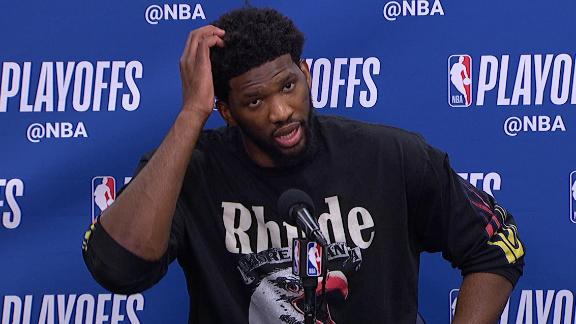 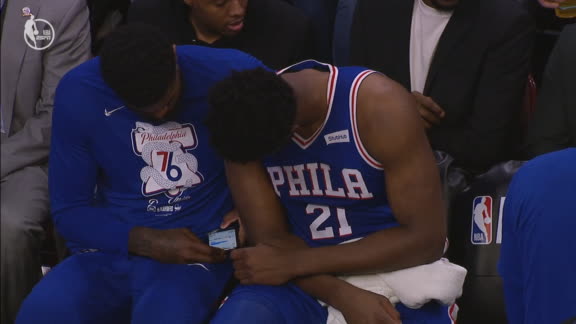