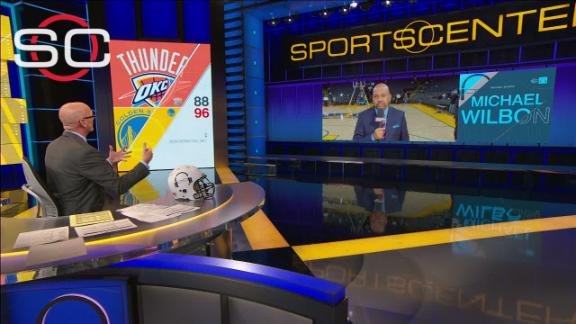 OAKLAND, Calif. -- In the wake of theOklahoma City Thunder'sGame 7 loss in the Western Conference finals, pending free-agent superstar Kevin Durant said he had yet to begin pondering his decision.

Durant, 27, a seven-time All-Star who has spent his entire nine-year career with the same organization, will be one of the most highly sought-after free agents in NBA history this summer.

With the salary cap soaring, the majority of the league will be able to offer Durant a maximum contract with a starting salary of $25.9 million, with the Warriors and San Antonio Spurs among his many potential suitors.

Durant could sign a five-year contract worth a projected $149 million if he opts to return to Oklahoma City this summer. His max contract if he leaves for another team would be a projected $111 million over four years.

Another intriguing option for Durant this summer is to sign either a one-year deal or a two-year deal with a player option on the second season. With the cap continuing to rise and Durant reaching a decade of experience, which would make him eligible for the highest level of a max contract, he could cash in the following summer.

In that scenario, Durant could make a projected $228 million over the next six seasons if he stays in Oklahoma City. He could make up to $176 million over five years if he leaves the Thunder, either this summer or in 2017.

However, Durant's thoughts in the Oracle Arena interview room Monday night seemed focused on the opportunity the Thunder had let slip away after they had seized a 3-1 series lead over the 73-win Warriors, and on the pride he felt for his teammates. If the Warriors defend their title by beating the Cleveland Cavaliers in the NBA Finals, it will mark the fifth time in seven years that Oklahoma City was eliminated by the eventual champions.

"There's no moral victories in our locker room after the game," said Durant, who scored 12 of his 27 points in the fourth quarter during a comeback bid that fell short. "We're all upset. We wanted to get a chance to play for a championship in the Finals, so that hurts.

"But when you sit down and look back at what happened throughout the season, you can be proud of not just the players, but everybody in the organization, from the top to the bottom, people that you guys don't know or ever see contribute to what we bring out on the court. That's just pride, effort, passion, love for the game. Pure love for the game every single night, and that comes from just walking into our practice facility every single day and feeling those vibes and feeling that energy from everyone. I'm just proud of what we've all been through this season. We stuck together and we sacrificed for each other. That's just what makes this game so special."

The Thunder have another decision to make with free-agent guard Dion Waiters. The Thunder acquired him from the Cavaliers in January 2015, and the No. 4 overall pick in the 2012 draft averaged 10.9 points per game in Oklahoma City.

The 24-year-old was asked after Monday's game if he would like to return.

"Of course," Waiters said, according to NewsOK.com. "Why not? Since I got here I feel as though they have helped me become a better person off the court. It's not even about basketball. I've never been connected with a group of guys like this that I'm actually close to. Why not? The best fans in the world. I'm definitely looking forward to coming back."

Durant blows off free agency talk
Kevin Durant says he hasn't begun thinking about his impending free agency after the Thunder's Game 7 loss to the Warriors but he is proud of what his team accomplished this season. 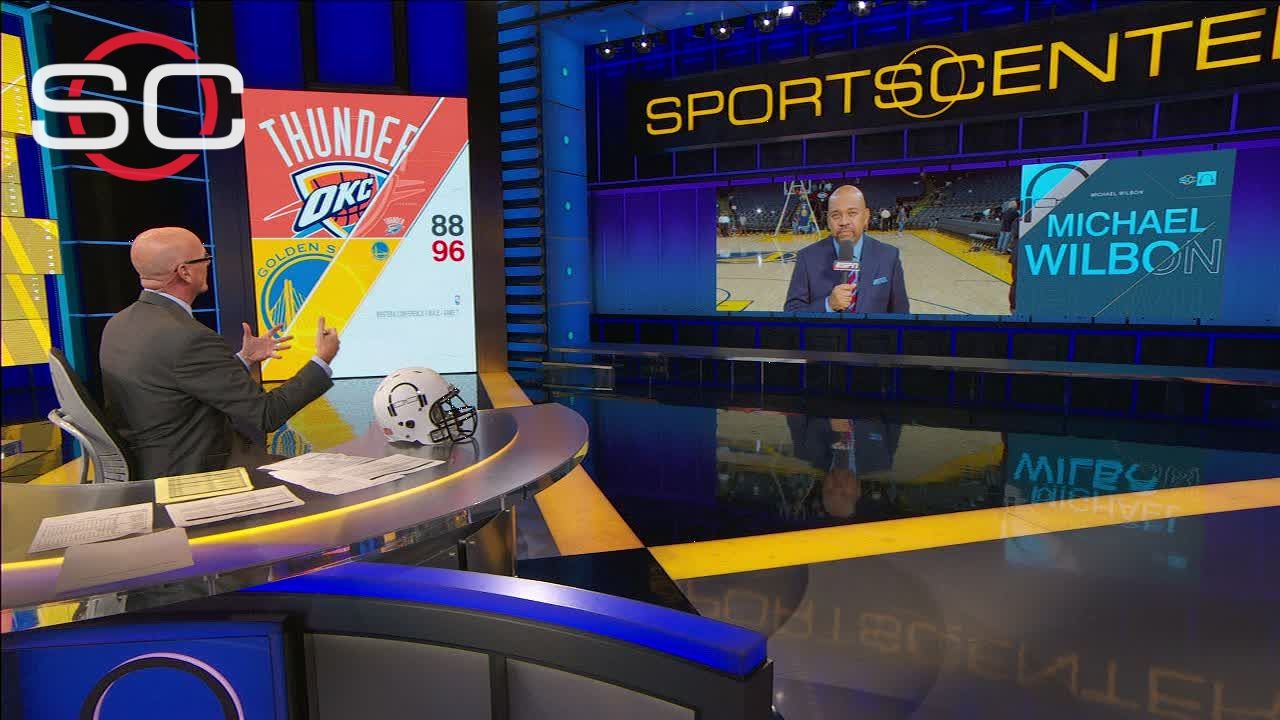