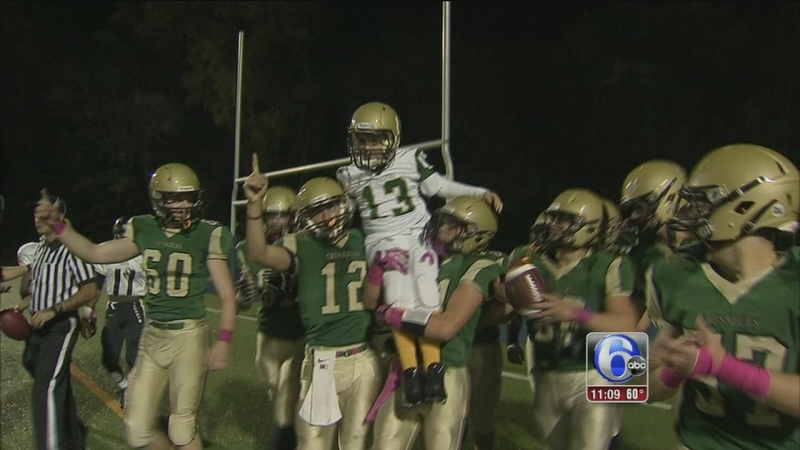 But a rare seizure disorder has kept the boy from being able to play.

"We've told him his whole life, even though he couldn't play, maybe someday, and today is that day," Kevin's mom Courtney Smith said.

Through the Make-A-Wish Foundation's Kids for Wish Kids program, students at Lansdale Catholic High School not only raised $11,000 for Make-A-Wish, they were making Kevin's dream come true.

This week, he practiced with the team for their game against Neumann-Goretti High and then on Friday night he was allowed to run a play at the end of the first quarter.

"It's been a great experience for everybody and touched everyone in the student body," Lansdale Catholic Athletic Director Steve Alpuche said.

The public address announcer screamed Kevin's name over the speakers.

"And number 13 is Kevin!" the announcer said as the 11-year-old took the field.

And in Kevin's big play, he was able to run past all the defense and score a touchdown!

His teammates picked up Kevin in celebration as his parents cheered from the sidelines.

"That image will never be burned from my mind. That was pretty cool," Kevin's father Steve said.