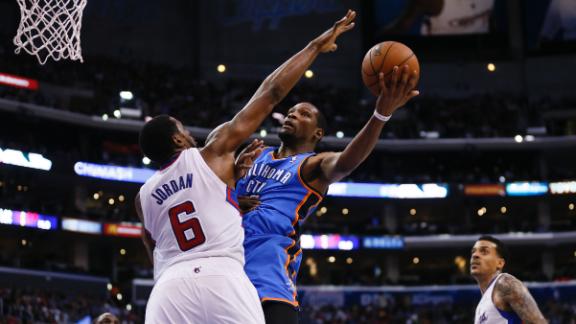 It's expected that the Thunder star will be announced as winner this week. James has lauded Durant's play this season several times recently and did so again Monday.

"Much respect to him and he deserves it," James said. "He had a big-time MVP season."

James has won the award the past two seasons and in four of the past five -- twice each with Miami and Cleveland. Chicago point guard Derrick Rose interrupted James' run in 2010-11.

Western Conference Semifinals: Clippers-Thunder
Bruce Bowen picks the Clippers or Thunder in four categories: frontcourt, backcourt, bench performance and coaching. Then he gives his prediction on the outcome of the series.