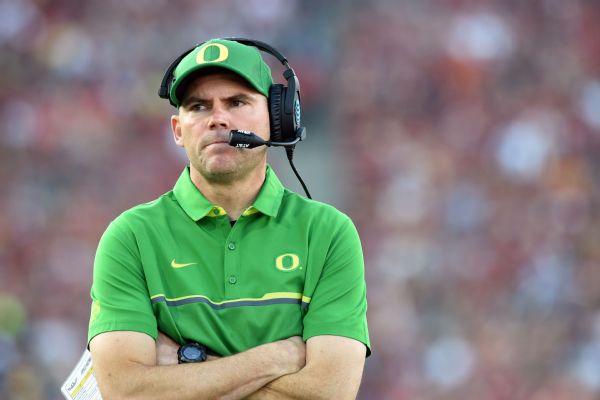 In the first interview he has granted since being dismissed as Oregon's football coach, Mark Helfrich said he reached out to former Ducks coach Chip Kelly a couple of weeks ago, when Helfrich thought he could be fired.

Helfrich toldESPN Radio's Russillo & Kanell that he contacted Kelly when it started "going south" for the Ducks and the rumors heated up, in the interest of trying to save his assistants' jobs.

"When you start thinking of your assistants and all the support staff and all those people, if he were to come back here, some of those people would be 'saved,'" Helfrich said.

Helfrich was fired by Oregon on Tuesday after four seasons with the Ducks. He took Oregon to the first College Football Playoff championship game two seasons ago, but the team faltered this past season, going 4-8 overall and 2-7 in the Pac-12.

Kelly reiterated Wednesday that he intends to remain the coach of theSan Francisco 49ers.

Many criticized the Ducks' news release announcing Helfrich's firing this week, which detailed his four-year tenure in less-than-glowing terms.

Among the notes about Helfrich that the release cited, it said the Ducks "had to rely on graduate transfers" to play quarterback entering the 2015 and 2016 seasons and pointed out how the Ducks "went for two after all five of their touchdowns and converted once" in their 35-32 loss to Nebraska on Sept. 17.

"A little disappointing, for sure, but nothing I'll think twice about," Helfrich said of the release. "There's no doubt about the awkwardnessof all of this."

Helfrich, who grew up in Oregon and was recruited by the Ducks as a walk-on, was asked whether his dismissal hurt more because it was Oregon that fired him.

"It would be a lot easier if you were getting fired from wherever else -- LSU, Texas, wherever else that is," he said. "Very proud of what we accomplished here. I've had a million text messages and messages and phone calls and conversations with people around the country, players and coaches that we've been with."

Helfrich also spoke about Oregon's national status, as well as the rise of the Pac-12, particularly with No. 4 Washington vying for a spot in the College Football Playoff.

"The uniform thing, quote unquote, has caught on everywhere else. Everybody is doing that in some way, shape or form," Helfrich said of Oregon's innovative uniform designs. "The facilities, in the conference and nationally, there's an ongoing battle to one up everybody. And there's things out there that people go elsewhere and are equally as wowed as when they came to Eugene. And then I think the conference is a lot different than it was 10 years ago in both of those realms, whether it's which teams are up, which teams are down and a very competitive situation everywhere, as far as facilities and a commitment to great football." 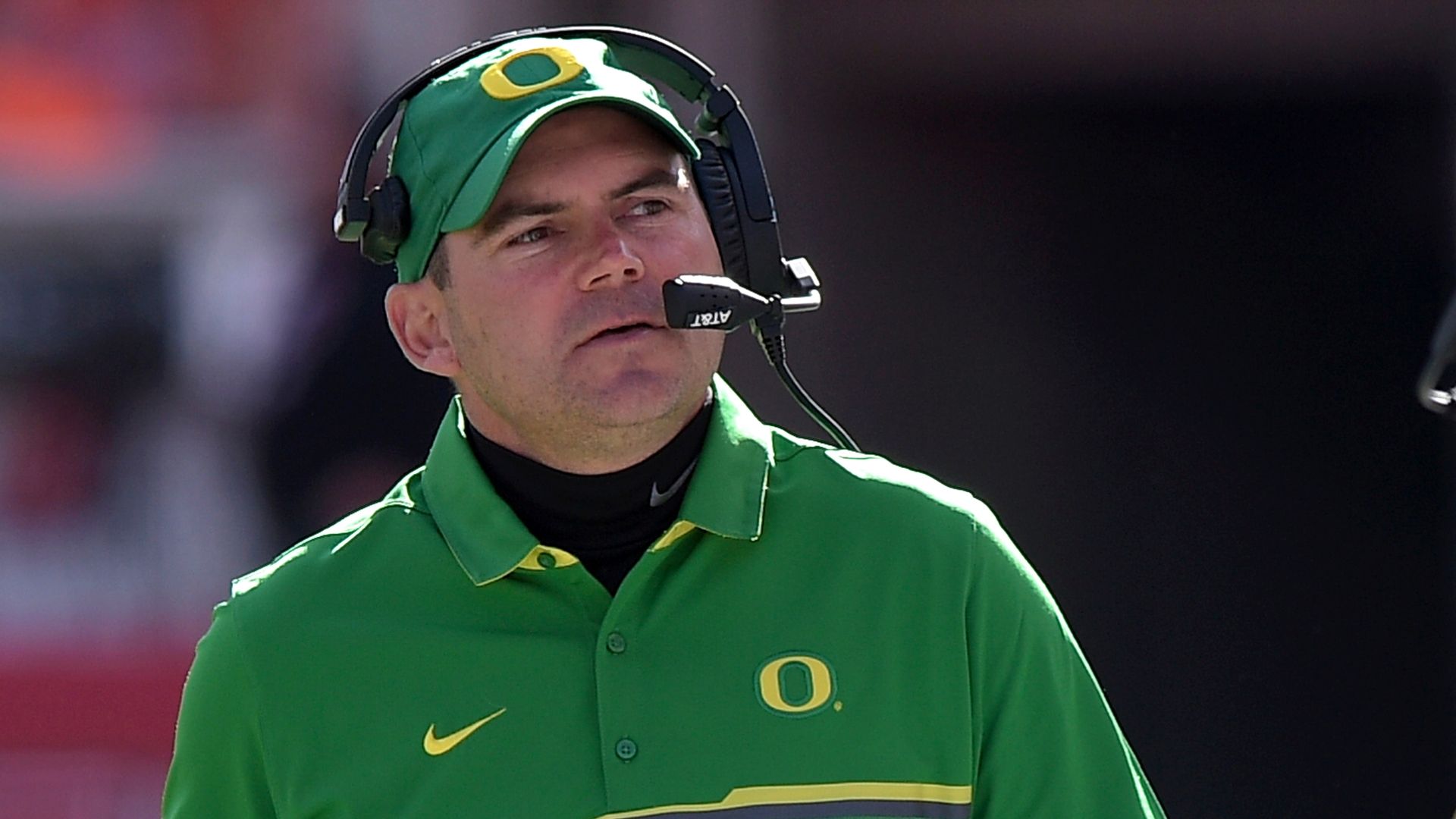