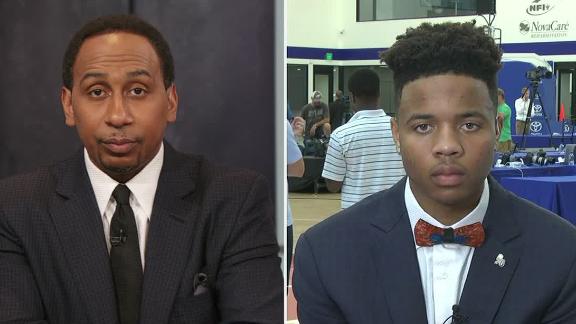 CAMDEN, N.J. -- While the notion of becoming the top overall pick had yet to sink in the morning after the NBA draft, Markelle Fultz didn't need much time to let Philadelphia know that he thinks the Sixers are now a playoff team.

"I am serious when I say that," Fultz said at his introductory news conference while sitting under the franchise's three championship banners at the Sixers' practice facility. "That is not just me talking because I am a player. I really think that we can be a [playoff team]."

After going a combined 75-253 over the past four seasons, the Sixers are exploding with excitement about the future after trading up to acquire the top pick to take Fultz. General manager Bryan Colangelo said he expects last year's top overall pick, Ben Simmons, and Joel Embiid to be fully healthy for the start of training camp.

With Fultz adding his scoring proficiency alongside the pass-first Simmons and Embiid, the Sixers are hoping their painstaking "Process" finally takes the next step into the postseason. The 6-4 Fultz knows he has big shoes to fill, as he spoke in front of Allen Iverson's retired No. 3 banner hanging above him at the team's practice facility.

"Everybody knows A.I. is known for the crossover and they love him here and a chance to come here and he [too] was the No. 1 pick is kind of crazy," Fultz said. "Following behind him is going to be tough but I am looking forward to it."

The Sixers might have to be patient again because Fultz and Simmons will not only be learning how to play together but will also be doing so while playing their first NBA minutes ever, after Simmons missed all of last season with a foot injury.

Colangelo hopes Brown will have his full roster to use without any restrictions. The Sixers' president of basketball operations said there hasn't been any discussion yet about holding Embiid out of any back-to-backs this season after the center played just 31 games last season because of injuries.

"I think it's ambitious," Brown said of the idea of Embiid and Simmons not having any restrictions on their playing time this season as a health precaution. "We have all been around NBA basketball for a while now. If that could happen, that's amazing. To set our sights on that being a reality is very ambitious."

Some would say the same about Fultz's belief that the Sixers are a playoff team after averaging 63 losses the past four seasons.

"Joel will come out and [say] something similar," said Brown, who watched both Simmons and Embiid get a workout in at the facility. "How can you not respect it?... You want them feeling like that.

The Sixers won't doubt Fultz, who became the franchise's fourth No. 1 overall pick despite being cut by the DeMatha Catholic High School varsity team his sophomore year just a few years ago.

"It is truly a blessing," said Fultz of his rapid ascent after one season at Washington. "You don't really hear that story a lot. It shows how much hard work I have put in, the sacrifice my family has done to help me get to where I am today. I am truly blessed." 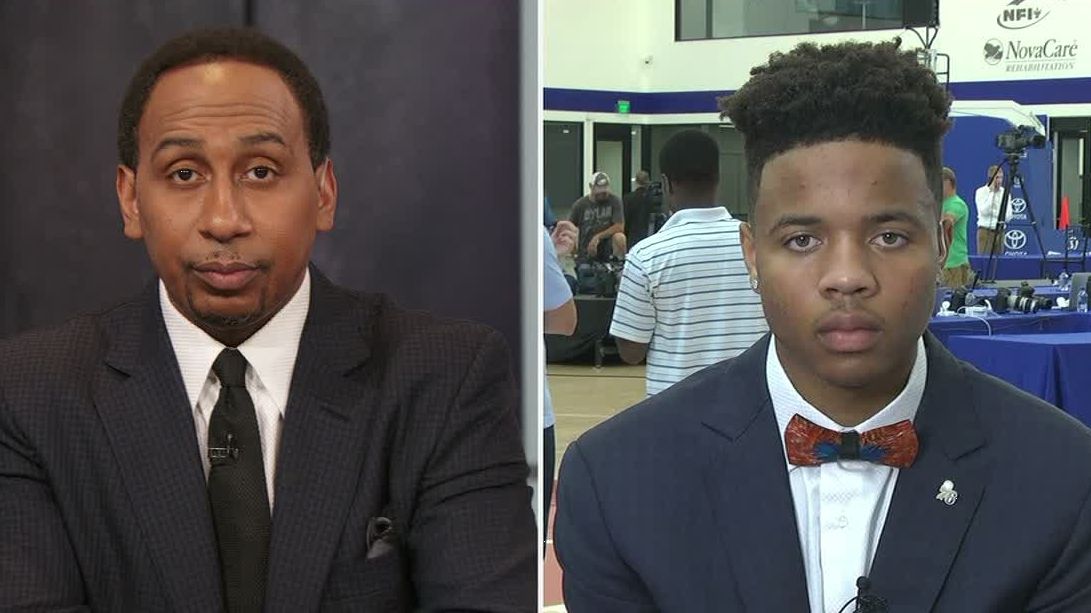