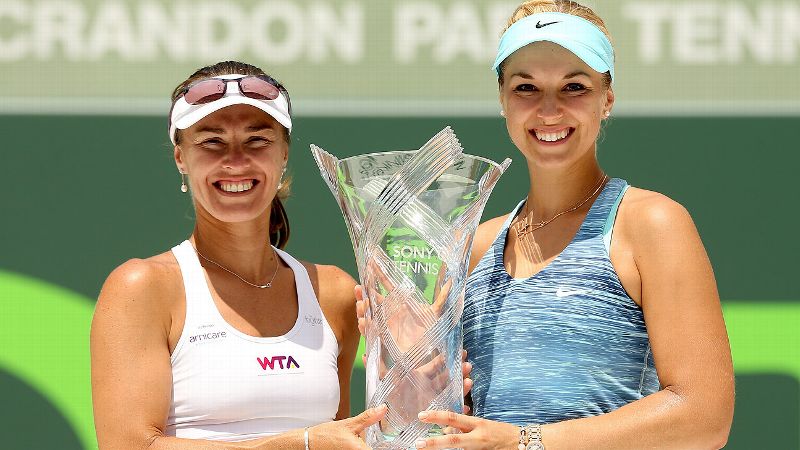 KEY BISCAYNE, Fla. -- Martina Hingis won her first doubles title in seven years when she and Sabine Lisicki beat Ekaterina Makarova and Elena Vesnina 4-6, 6-4, 10-5 on Sunday at the Sony Open.

The doubles title was the 38th for Hingis, a former No. 1 player, but her first since Doha in 2007. The final was the first for the 33-year-old Hingis since she came out of retirement last year to play doubles.

Hingis said the championship makes her want to play more doubles. The title came three weeks after she and Lisicki lost in the first round at Indian Wells.

"Last week, I was like, 'I'm not sure if I want to put myself out there like this and lose first, second round,'" Hingis said. "Now, after this victory, definitely things change. I would be very happy to continue to play some more doubles."

Hingis also won Key Biscayne in 1998 and 1999 with Jana Novotna. She and Lisicki made the tournament as a wild-card entry.