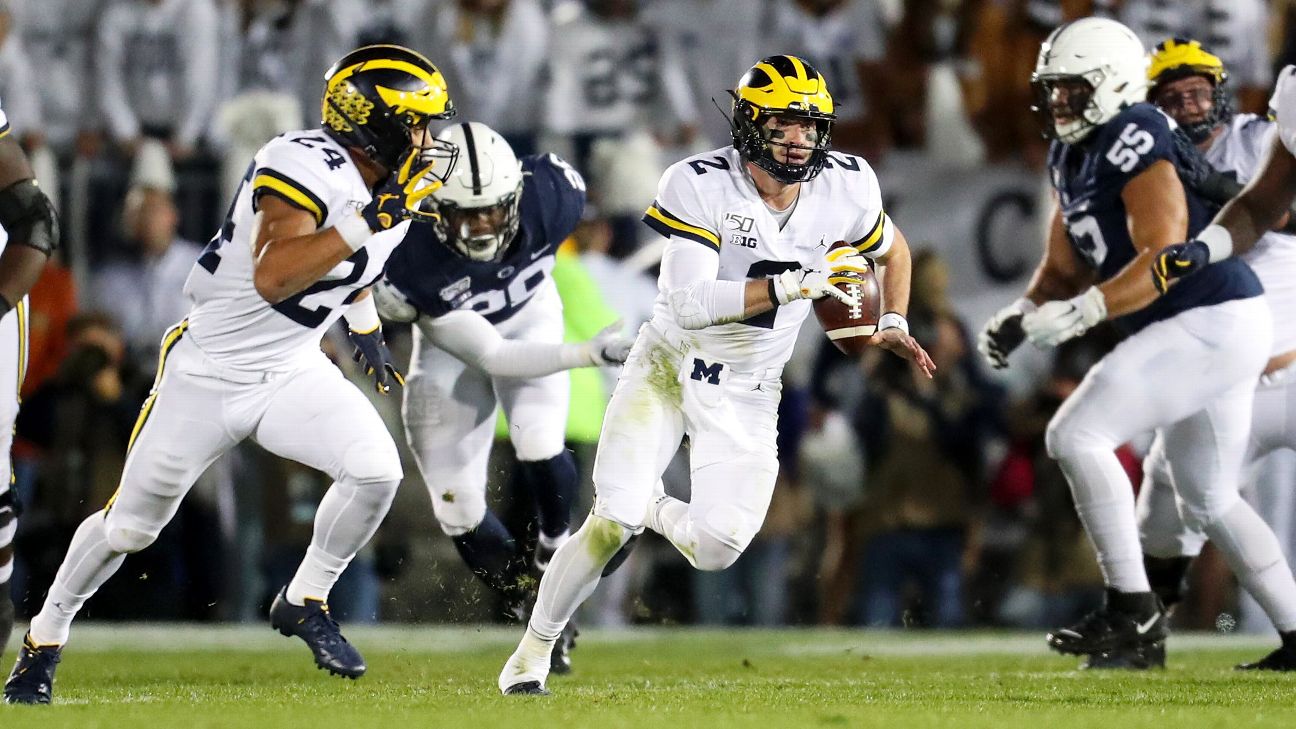 ANN ARBOR, Mich. -- Michigan and Penn State became two of the first major football programs to cancel or postpone their pro days out of caution over the coronavirus.

"Based on the daily and hourly developments surrounding COVID-19, the University of Michigan football program has decided to cancel its Pro Day scheduled for Friday, March 13," Michigan said in a tweeted statement Thursday.

They will run through the 3-cone drill and shuttle, along with receiver and tight-end drills with Patterson throwing to them.

The players plan to videotape the workouts for scouts who are unable to attend.

Later in the day,Michigan announced that it has suspended all athletic activities, including spring football practice, immediately.

Along with canceling Friday's pro day, Penn State said in a statement that all football-related activities, including practice and recruiting, were postponed until further notice. The school said no decision had been made about the April 18 Blue-White Game.

Rutgers also announced that its pro day, scheduled for Friday, would be rescheduled.

Alabama informed NFL teams that it is prohibiting any NFL personnel from visiting the school until March 30. Its pro day has been rescheduled from March 24 to April 9, ESPN's Field Yates reports.

Michigan already had some of its prospects in town preparing for the day and with meetings scheduled. The school had initially limited the event to just attending teams and players, restricting family and player representatives, a source close to a Michigan player told ESPN, before the pro day was canceled altogether.

The cancellations come as NFL teams are starting to pull their scouts off the road due to the coronavirus crisis.