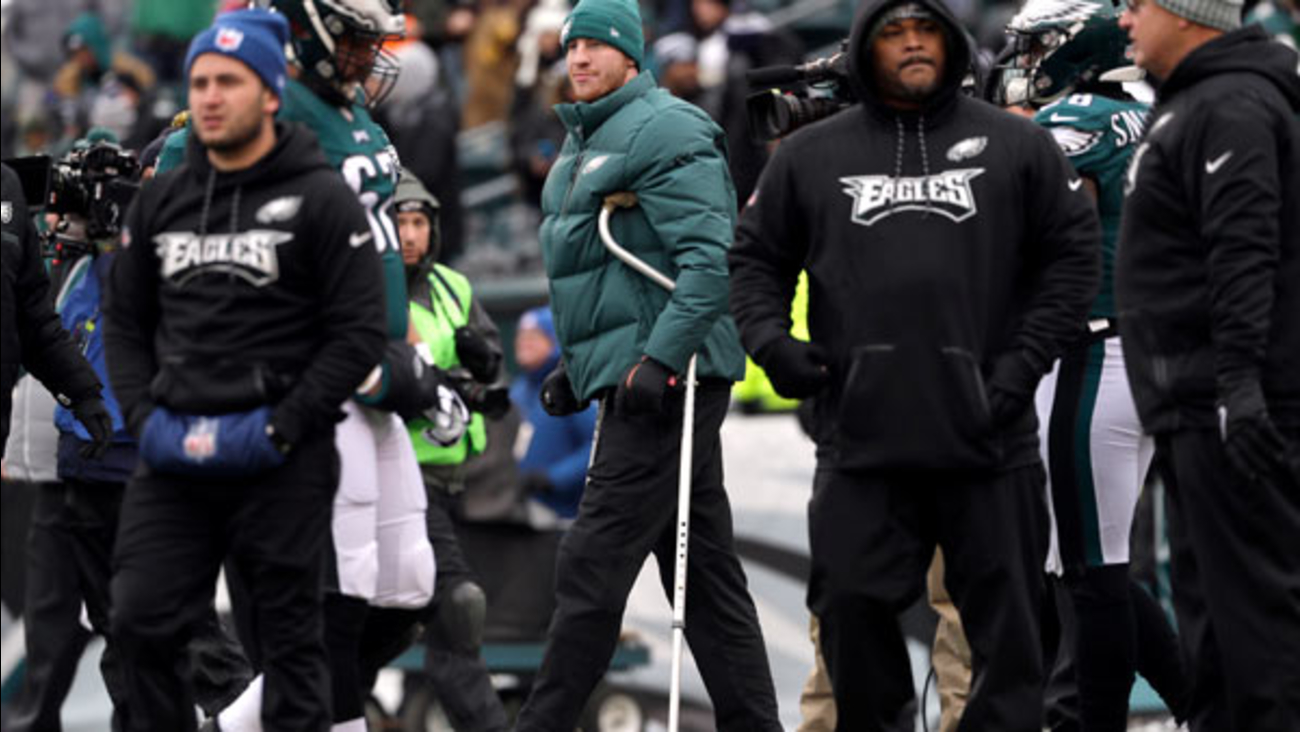 PHILADELPHIA -- The Philadelphia Eagles will host an NFC Divisional playoff game on Saturday, January 13 at 4:35 p.m.

As for which team they will face - that is still up in the air.

The Eagles could play one of three teams to open their playoff run: the Saints, Panthers or Falcons.