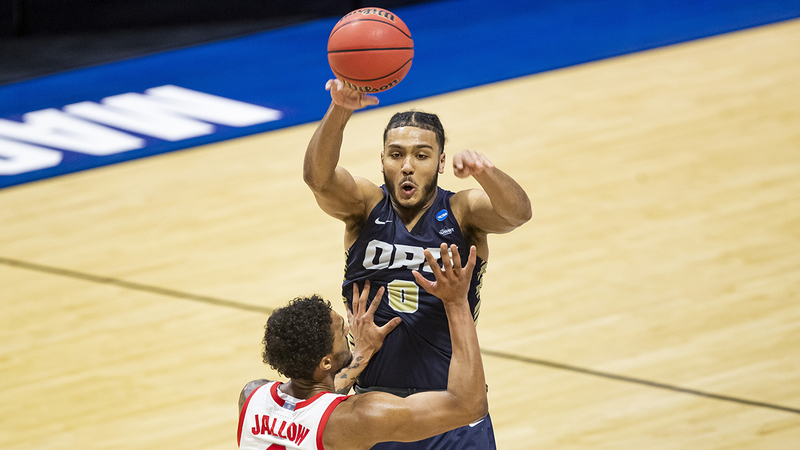 INDIANAPOLIS -- The first upset of March Madness was a historic one as the Oral Roberts Golden Eagles soared over the second-seeded Ohio State Buckeyes on Friday in an overtime thriller in the tournament's first round.

The game was only the ninth time in the history of the NCAA Men's Basketball Tournament that the No. 15 seed has upset the No. 2 seed and the first time since 2016 when Middle Tennessee beat Michigan State.

Oral Roberts and Ohio State went toe to toe as the two squads exchanged the lead nine times in a game that needed five minutes of overtime to determine a winner at Mackey Arena in Indianapolis, Indiana.

Buckeyes guard Duane Washington Jr. had an open look at a game-tying three-pointer in the final seconds but was unable to connect.

The Golden Eagles will be an underdog once again as they meet the seventh-seeded Florida Gators on Sunday in the second round of the tournament. This is Oral Roberts first trip beyond the first round of the Big Dance since 1974.