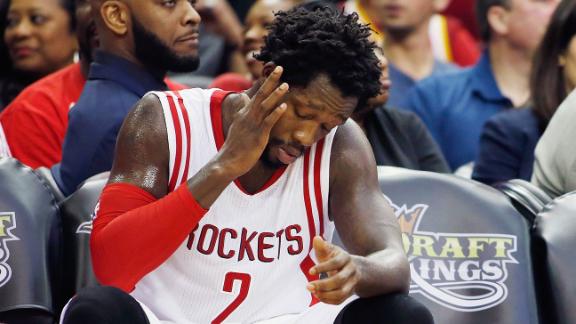 Houston Rockets starting point guard Patrick Beverley will seek input from specialists before a decision is made about potential season-ending wrist surgery in a week to 10 days, coach Kevin McHaletold reporters at Wednesday's shootaround in New Orleans.

Beverley was ruled out for Wednesday's game against the Pelicans with torn ligaments in his left wrist.

Beverley visited with a doctor back in Houston on Wednesday and is getting a second opinion on his options, which could include surgery. Sources tell ESPN.com's Marc Stein that Beverley and the Rockets are holding out hope for a more favorable prognosis when the injury is re-evaluated.

Beverly has to wait for the swelling to subside to determine a possible course of action.

Beverley, who is averaging 10.1 points and 3.4 assists per game, was injured in a victory over the Indiana Pacers on Monday night.

Jason Terry and Pablo Prigioni will try to pick up the slack at point, with Terry moving into the starting lineup to replace Beverley.

ESPN.com's Calvin Watkins and Marc Stein contributed to this report.