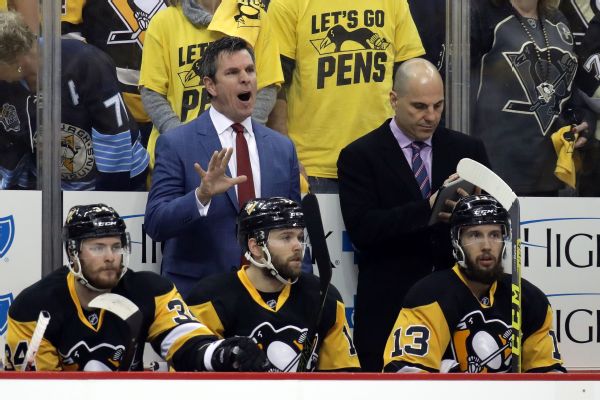 The Pittsburgh Penguins and coach Mike Sullivan have agreed on a three-year contract extension through the 2019-20 season, the team announced Monday.

"Mike did the best coaching job in the NHL last season," GM Jim Rutherford said in a team statement. "He continues to be a terrific coach and we are happy to give him a well-deserved extension."

The Penguins are 55-24-10 during Sullivan's tenure. Pittsburgh has gone 85 consecutive games without back-to-back regulation losses with Sullivan on the bench.

Penguins captain Sidney Crosby, who is widely considered the best player in the world, has thrived under Sullivan's direction. Pittsburgh has become a strong two-way team with depth and solid goaltending. Columbus Blue Jackets coach John Tortorella, who recently became the first American-born coach to win 500 NHL games, recently said he believes Sullivan, who was his longtime assistant with the Tampa Bay Lightning, New York Rangers and Vancouver Canucks, is the best American-born coach in the game.