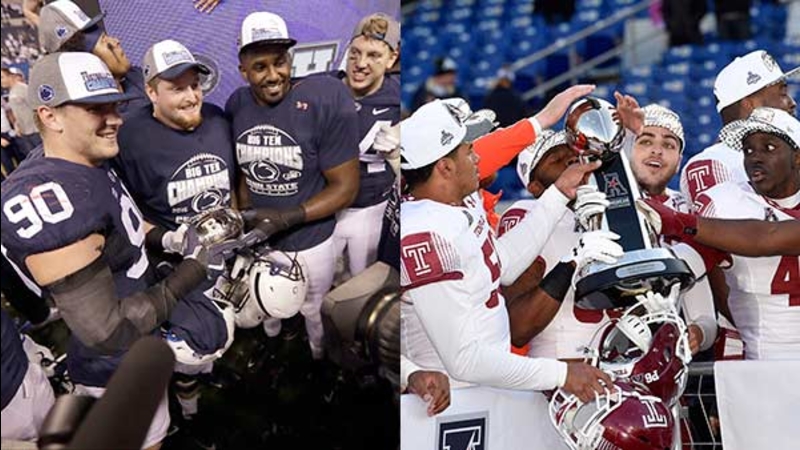 Penn State has been ranked No. 5 in the College Football Playoff poll and will play in the Rose Bowl.

The #B1GChampions announced #5 in the final @CFBPlayoff poll of 2016. #WeAre pic.twitter.com/3SPvFvGZxa

Temple University broke into the Top 25 in the College Football Playoff poll and will play in the Military Bowl.

See you in Annapolis, Owl Nation.

Penn State will face No. 9 USC in Pasadena on Jan. 2 at 5 p.m. on our sister station ESPN.

The granddaddy of them all 🌹🌹🌹

Temple will face Wake Forest in Annapolis on Dec. 27 at 3:30 p.m. on our sister station ESPN.

Alabama will play Washington and Ohio State is set to face Clemson in the College Football Playoff semifinals.

The selection committee stayed with the same top four as it had going into championship weekend, leaving out Penn State even though the Nittany Lions won the Big Ten championship and beat Ohio State earlier in the season.