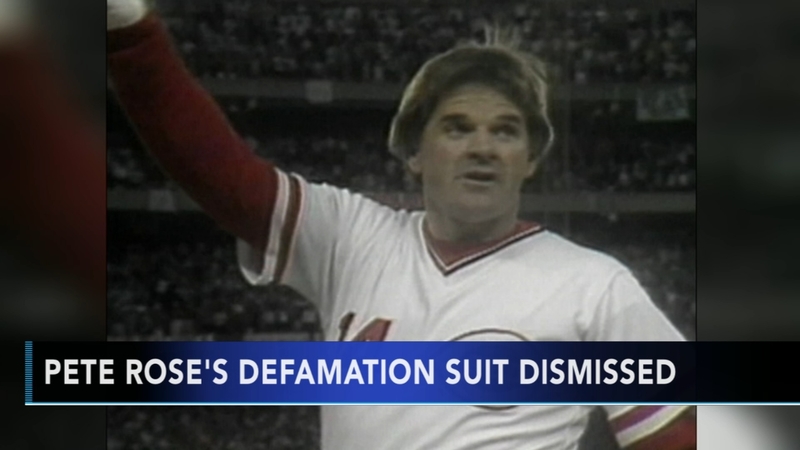 PHILADELPHIA -- A defamation lawsuit filed by Pete Rose last year against the lawyer who got him kicked out of baseball was dismissed Friday, federal court documents show.

Rose said in the lawsuit that John Dowd damaged his reputation and endorsement deals during a July 2015 interview on an AM radio station in Pennsylvania where he accused Rose of "statutory rape." Rose's lawyers said he "never did any such thing."

On Friday, lawyers for both sides said the parties had reached an agreement.

"Pete Rose and John Dowd have agreed, based on mutual consideration, to the dismissal with prejudice of Mr. Rose's lawsuit against Mr. Dowd. I am not permitted to comment further regarding the resolution of the matter," Dowd's lawyer, David C. Tobin, said in an emailed statement.

Rose's lawyer, Martin Garbus, said by phone Friday he could not comment further.

As part of the lawsuit, a woman gave testimony for the defense that she had a sexual relationship with Rose in the 1970s, starting when she was 14 or 15 years old.

Rose acknowledged in a statement accompanying that filing that he did have a relationship with the woman, but he said it started when she was 16, the age of consent in Ohio. He also states they never had sex outside Ohio. His lawyer had said the woman's claims were unverified.

At the time, Rose was in his mid-30s and was married with two kids.

Dowd investigated Rose in 1989 for gambling on the Cincinnati Reds while managing the team, a violation of baseball's rules. Rose accepted a lifetime ban, and the Hall of Fame decided in 1991 that anyone on the permanently ineligible list could not appear on a Hall ballot.

Rose, who lives in Las Vegas, had applied for reinstatement to the game in 2015. Not long after, Dowd made the comments on WCHE-AM in response to a question about whether he found Rose to be a likable person.