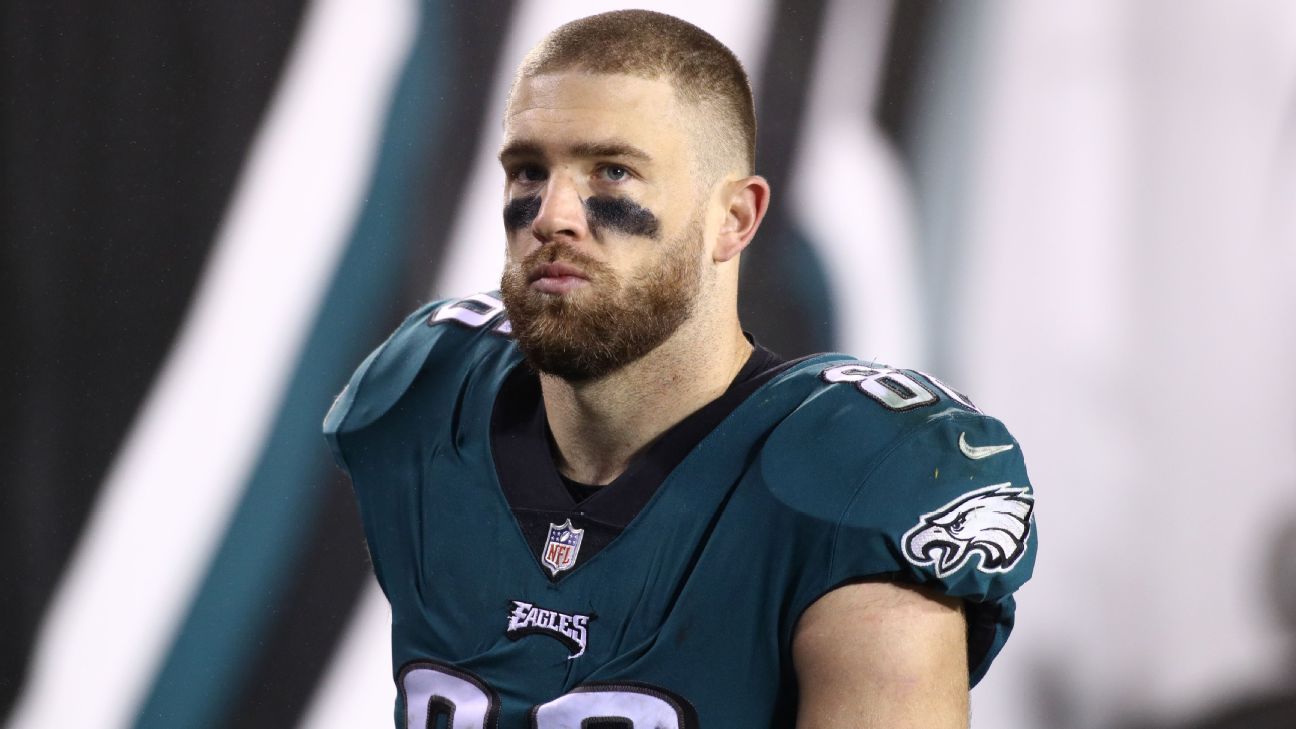 Arizona is acquiring Ertz with the idea of making him a featured part of its offense, and Ertz has told others in the past that the Cardinals appealed to him, sources told ESPN's Adam Schefter.


The Cardinals have yet to enter into any contract negotiations with Ertz, who wanted a new deal with the Eagles, sources told Schefter.

Ertz goes from the Eagles (2-4) to the only undefeated team in the NFL, with Arizona at 5-0.

The Cardinals lost their primary tight end target, Maxx Williams, for the season to a knee injury this week. Even though the Cardinals target their tight ends the third-lowest amount in the NFL, according to ESPN Stats & Information, Williams was on pace for career highs in catches, yards and touchdowns.

Ertz, who caught four passes for 29 yards and a touchdown in the Eagles' 28-22 loss to the Tampa Bay Buccaneerson Thursday night, is not eligible to play for the Cardinals against theCleveland Brownson Sunday.

He has 18 receptions for 189 yards and two touchdowns this season.

Ertz can fill Williams' role and potentially more. They have similar stat lines, but Ertz's career production outpaces that of Williams, making his addition an intriguing move for the NFC West-leading Cardinals.

"Excited. I heard nothing but great things about him," Cardinals coach Kliff Kingsbury said. "... I think he'll fit right in with this locker room and thought [GM] Steve [Keim] did a tremendous job of getting that done."

The relationship between Ertz and the Eagles became strained last offseason when they were unable to agree on a contract extension. While counterparts Travis Kelce and George Kittle were being locked into long-term deals with the Kansas City Chiefs and San Francisco 49ers, respectively, talks between the Eagles and Ertz failed to gain traction.

The 30-year-old tight end had spent his entire career with the Eagles since entering the league as a second-round draft pick in 2013, catching 579 passes for 6,267 yards and 38 touchdowns. He scored the game-winning touchdown in Super Bowl LII against the New England Patriots, helping to secure Philadelphia's first Super Bowl title.

"Zach Ertz built a special legacy in Philadelphia. Talented, tough, and passionate, he helped to establish our team's culture and played a vital role in our success over the years," Eagles CEO Jeffrey Lurie said. "Zach created so many memories that will live on forever, from setting numerous franchise and league records, to reaching across the end zone for the game-winning touchdown in our first-ever Super Bowl championship.

"He will always be a member of the Eagles family, not only because of what he accomplished on the field, but also because of the wonderful person, dedicated leader, and exemplary role model that he was for nine seasons in Philadelphia."


Ertz said in September 2020 that while he desired to remain in Philadelphia for the remainder of his career, he didn't "know for sure whether the feeling is mutual."

He was granted permission to seek a trade this offseason -- and there were multiple occasions when a deal appeared close -- but general manager Howie Roseman declined to give the green light, indicating the offers did not reflect Ertz's value.

The Eagles will move forward with Dallas Goedert, a 2018 second-round selection, as the primary tight end. He is in the final year of his rookie contract. The two sides had been in talks about a contract extension but put those conversations on hold when Ertz was brought back for the 2021 season.

Gowan, a sixth-round draft choice by the Cardinals, has yet to play in a game as a rookie this season. 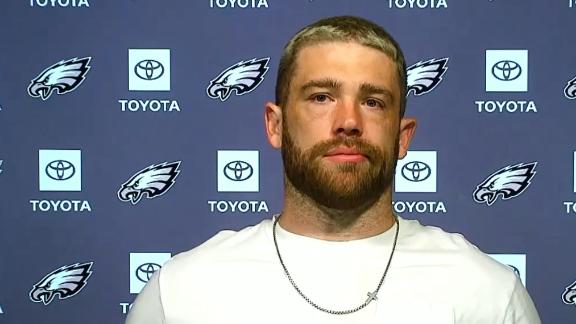 'Philadelphia is home': Ertz reacts to trade to Cardinals
Zach Ertz shares that he cried at his locker for 30 minutes after his final game with the Eagles on Thursday night. 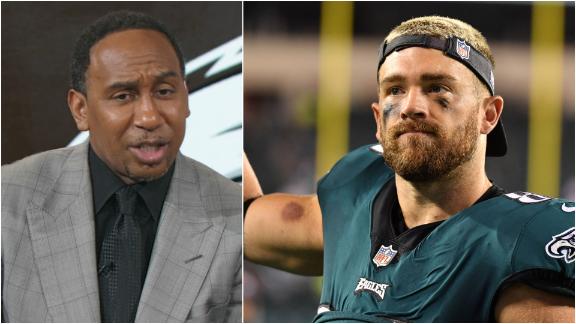