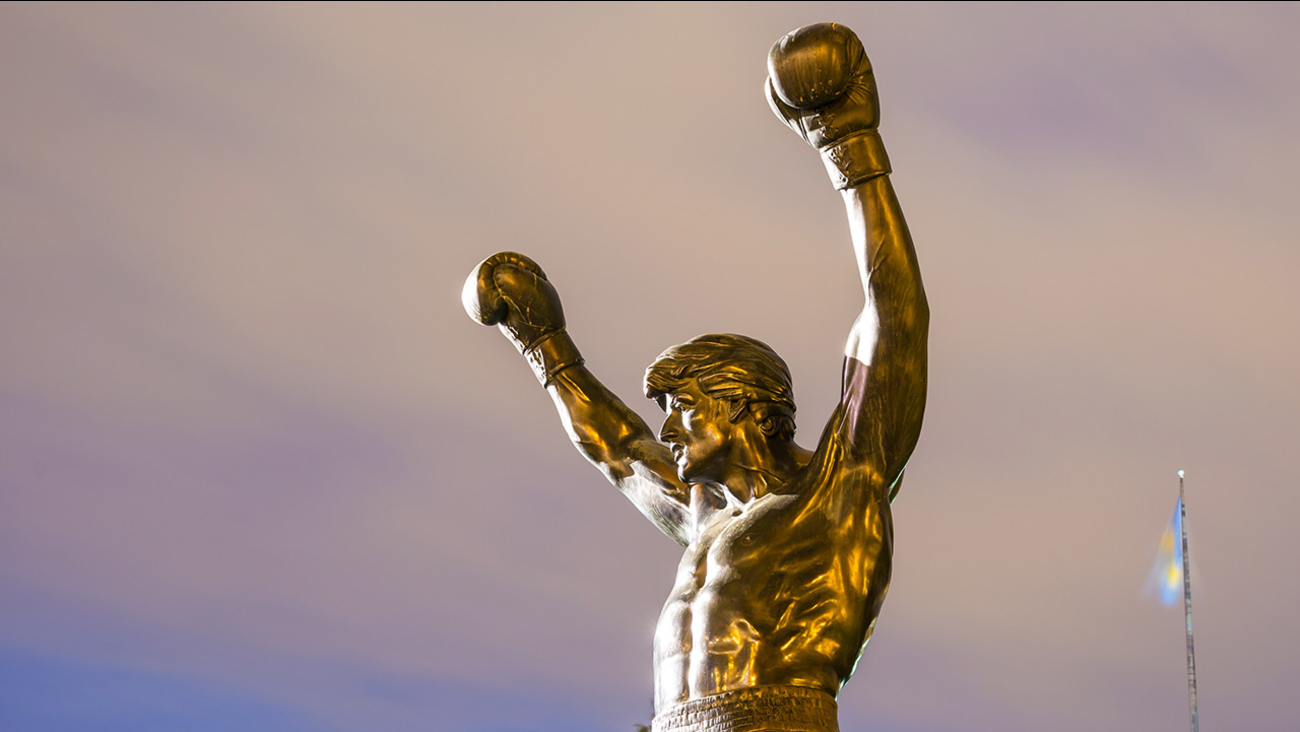 PHILADELPHIA -- Philadelphia's iconic Rocky statue could be forced to sport New England Patriots colors thanks to a Super Bowl wager with the Massachusetts hometown of heavyweight champ Rocky Marciano.

If Philadelphia wins the big game, Brockton's statue of the undefeated Marciano will be clad in Eagles gear. If New England wins, Philadelphia's Rocky will wear Patriots attire.

In a video posted on Carpenter's Facebook page, Kenney says he can't promise a Patriots jersey would last long in Philadelphia. He joked that the city might have to grease the statue to prevent fans from scaling it to remove the gear.