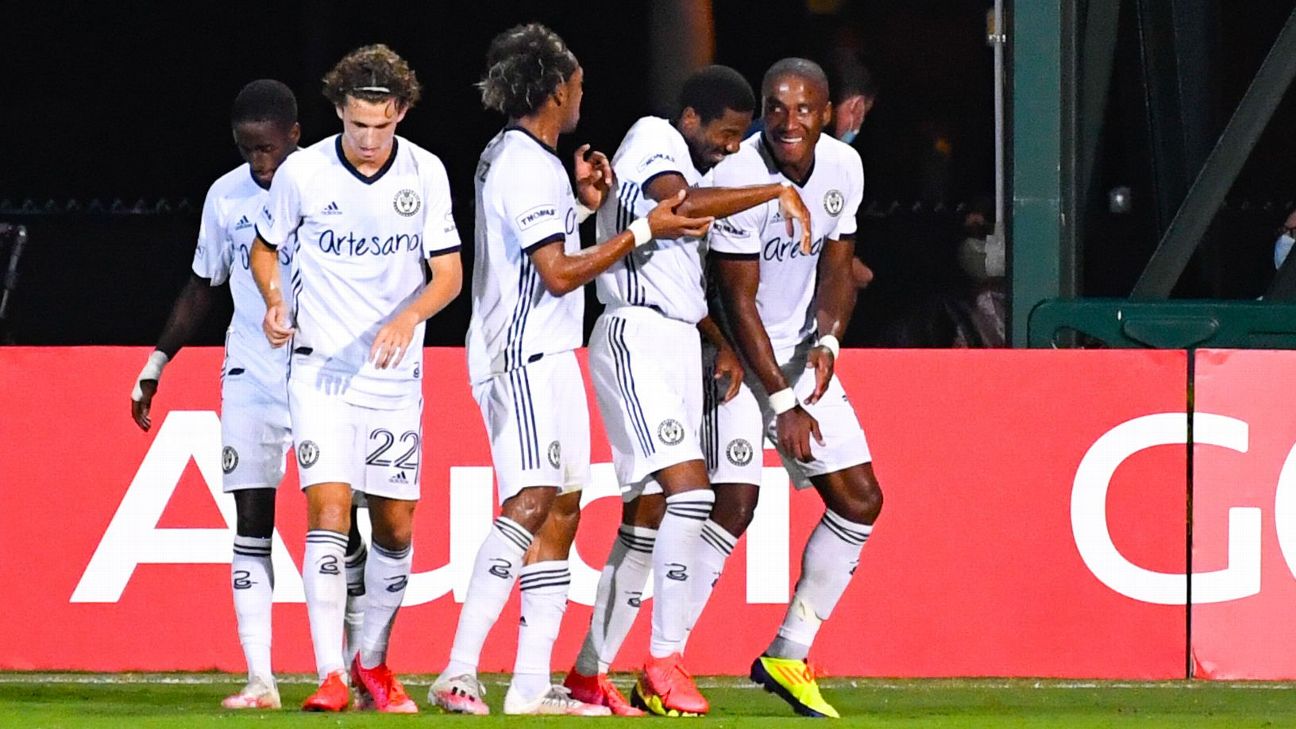 Sergio Santos scored twice for the second time in MLS competition and also added an assist, and the Philadelphia Union held on for a 3-1 victory over Sporting Kansas City in their MLS is Back Tournament quarterfinal on Thursday night near Orlando, Fla.

Jamiro Monteiro also scored early for Philadelphia, which reached its tournament-high of three goals during a 15-minute stretch before halftime. Santos' multi-goal game was his first since May 4, 2019, back in his first MLS regular season.


Goalkeeper Andre Blake made six saves to make sure the Union moved on to the semifinals, where they will face the winner of Saturday's quarterfinal between New York City FC and the Portland Timbers.

Alan Pulido pulled a goal back for Kansas City, which exits the tournament having scored one goal in the knockout phase after finding the net six times in the group stage.

Pulido, a prized offseason acquisition from Chivas of Guadalajara, finishes the tournament with two goals, and leads SKC with four in all competitions in 2020.

Meanwhile, Santos has goals in back-to-back competitive games for the first time in his Union career after also scoring the winner in Philadelphia's 1-0 victory over Orlando in the round of 16.


This time, his goals came after his side were already in front.

The first one stood up as the matchwinner, coming in the 26th minute and two minutes after Monteiro put the Union in front.

After Philadelphia cleared a corner kick in its defensive end, Kansas City defender Luis Martins tried to keep the second phase of the attack alive but instead mis-hit the ball back toward the center circle.

Santos was first to it, racing behind his man to create a breakaway, and then while still charging toward the goal he chipped a delicate finish over charging goalkeeper Tim Melia.

His second came 13 minutes later through more conventional attacking play. Brenden Aaronson took a pass from Alejandro Bedoya and spotted Santos sprinting into the left side of the penalty area with a slick diagonal pass. Santos finished low and hard past Melia to put the Union up three.


Pulido connected with Johnny Russell to respond in the first minute of first-half stoppage time, but Kansas City couldn't find another to make their comeback hopes more realistic. 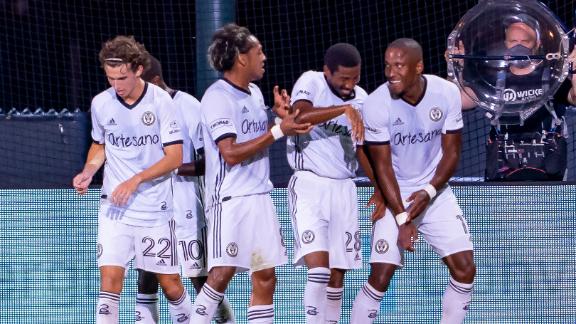 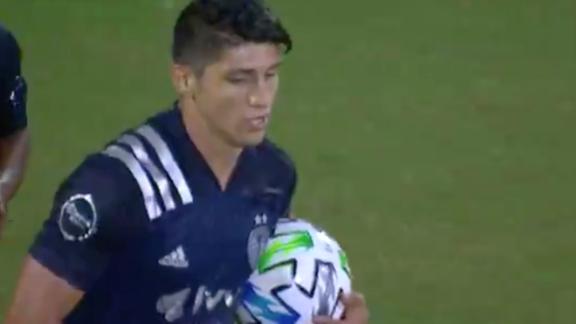 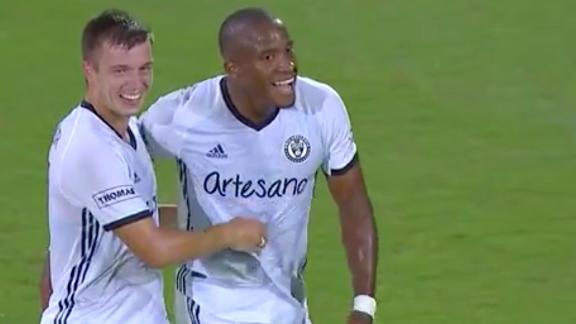 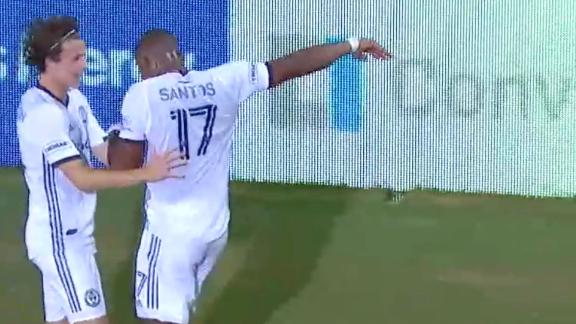 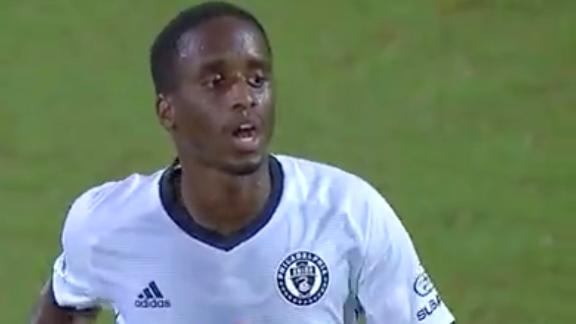