The Philadelphia Phillies announced that the right fielder is on paternity leave and will be out for Friday night's game.

It wasn't immediately known how long he would be out. MLB rules state a player can miss up to three games for paternity leave.

To fill his spot on the 25-man roster, infielder Maikel Franco has been recalled from Triple-A Lehigh Valley.

Harper and his wife, Kayla, announced in early April they were expecting a boy.

Harper made the announcement on Instagram, featuring two photos - one of Bryce and his wife, Kayla, under the Ben Franklin Bridge, and the other of a sonogram image on top of a little Phillies jacket. 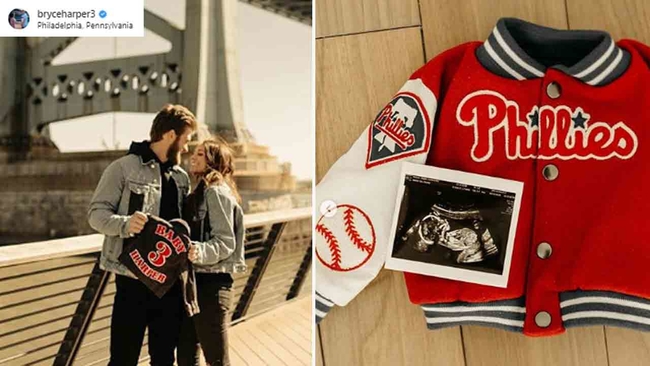