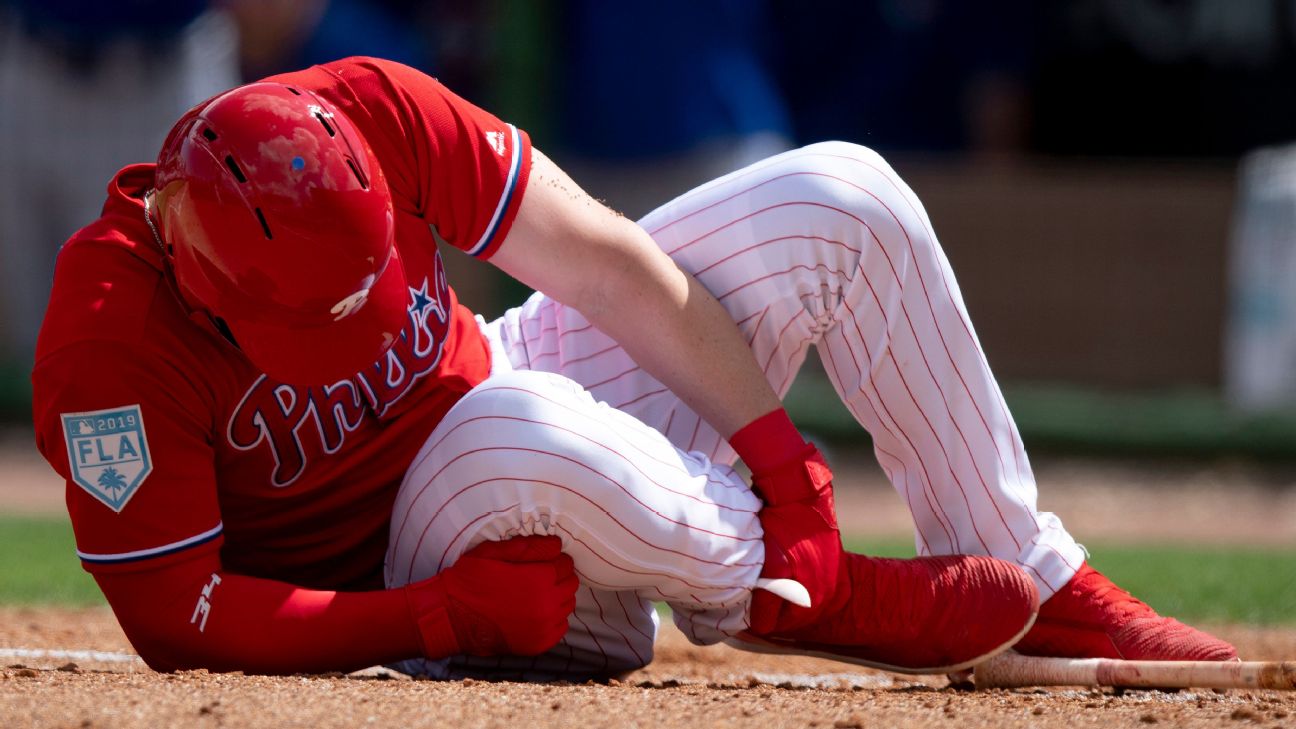 CLEARWATER, Fla. -- New Phillies star Bryce Harpersuffered a bruised right foot when he was hit by a pitch during a spring training game Friday, but manager Gabe Kapler said the team wasn't overly worried about the injury.

Initial X-rays were negative, the team said. Harper then left the ballpark for more detailed X-rays.

"Bryce has a right foot contusion," Kapler said after a 3-2 win over Toronto. "Right now we don't have reason for major concern, but obviously we want to go inside and take a look first.

"Certainly extra scary given where we are in camp. We're confident and we understand we have a good club on the field, and we're confident that Bryce is going to be all right."

Harper went down to the dirt after being struck by a 96 mph fastball from Toronto rookie Trent Thornton.

Harper stayed on the ground for a few moments, was checked by a trainer and limped off and out of the game in the sixth inning.

Recently signed to a record 13-year, $330 million contract, Harper was playing his fourth exhibition for Philadelphia. The slugging outfielder is 0-for-5 in 10 plate appearances.

"I think it's a little premature to speculate on lost at-bats or anything like that," Kapler said. "First and foremost, we probably have to get inside and meet with our medical team and discuss it. But again, not overly concerned right now." 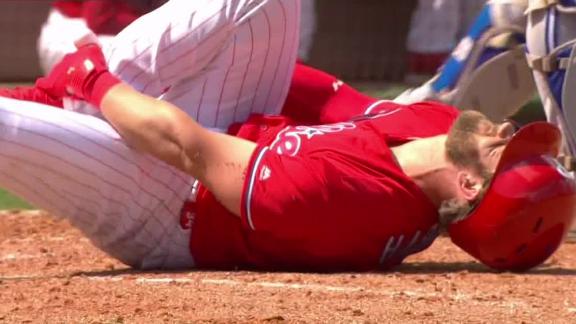