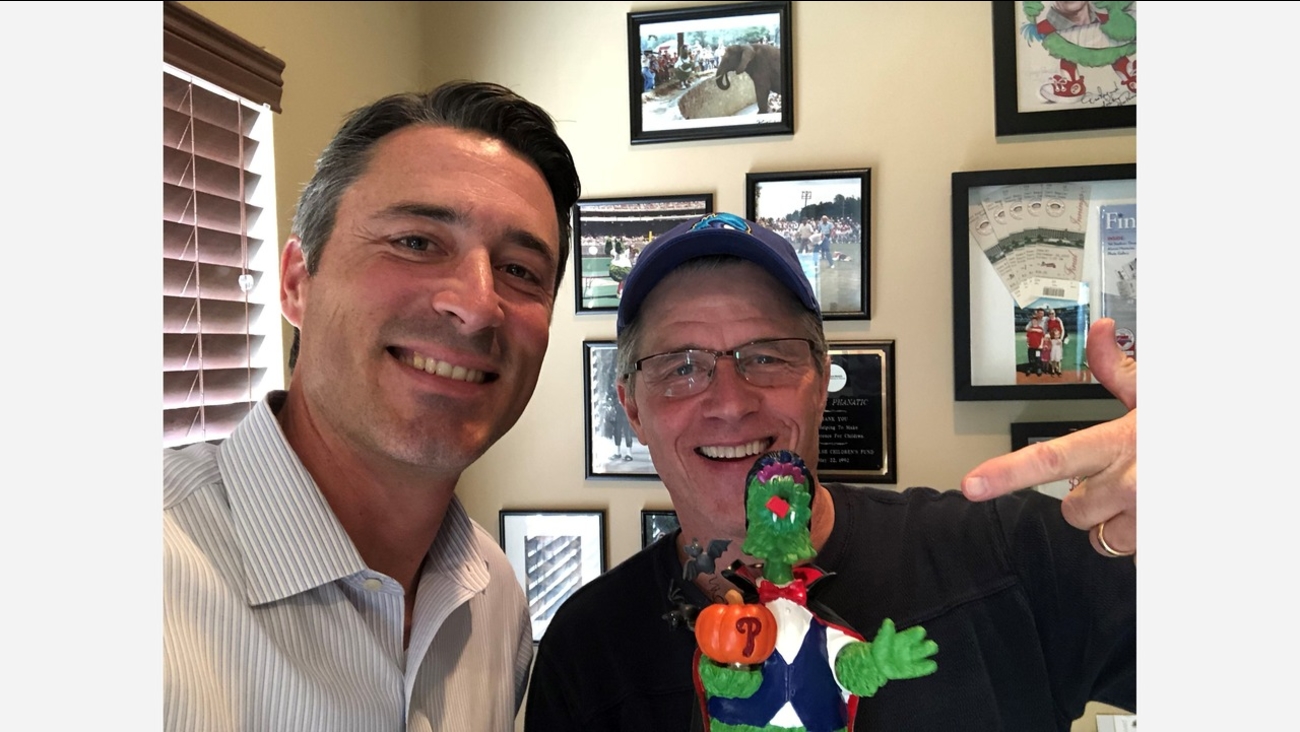 David Raymond totally lives up to his nickname the "Emperor of Fun!" The man who helped create the Phillie Phanatic and portrayed the Phillies mascot from 1978-1993 joins Matt for a hilarious conversation in the latest Travel Mug Podcast.

How people react to Raymond when they realize he was the first Phanatic (2:10).

How he helped create Gritty, the new Flyers mascot (4:00).

Why he can immediately tell the difference between the old and new Phanatic, performed by Tom Burgoyne (15:35).

An excerpt from my interview with @VUCoachJWright on the Travel Mug Podcast. Yes, he really does like it when people say he dresses nice! Stream this comprehensive chat with Coach Jay Wright on Apple Podcasts: https://t.co/6Bg82NVfiH @NovaMBB @VillanovaU @WillDCatVU pic.twitter.com/dvX09E7Ffs

If he ever felt in immense danger during a Phanatic appearance (17:45).

What it was like growing up with a father who happened to be the legendary Delaware football coach Tubby Raymond (20:00).

If he misses being the Phanatic and ever dreams about being in the costume (27:07).

What great life lessons he's learned from the Phanatic character (31:15).

Recorded in Raymond's "Phanatic Man Cave" at his home in the Philadelphia suburbs.