The White House confirmed Trump's attendance to The Associated Press on Tuesday. Trump also went to the 2016 game when he was president-elect. 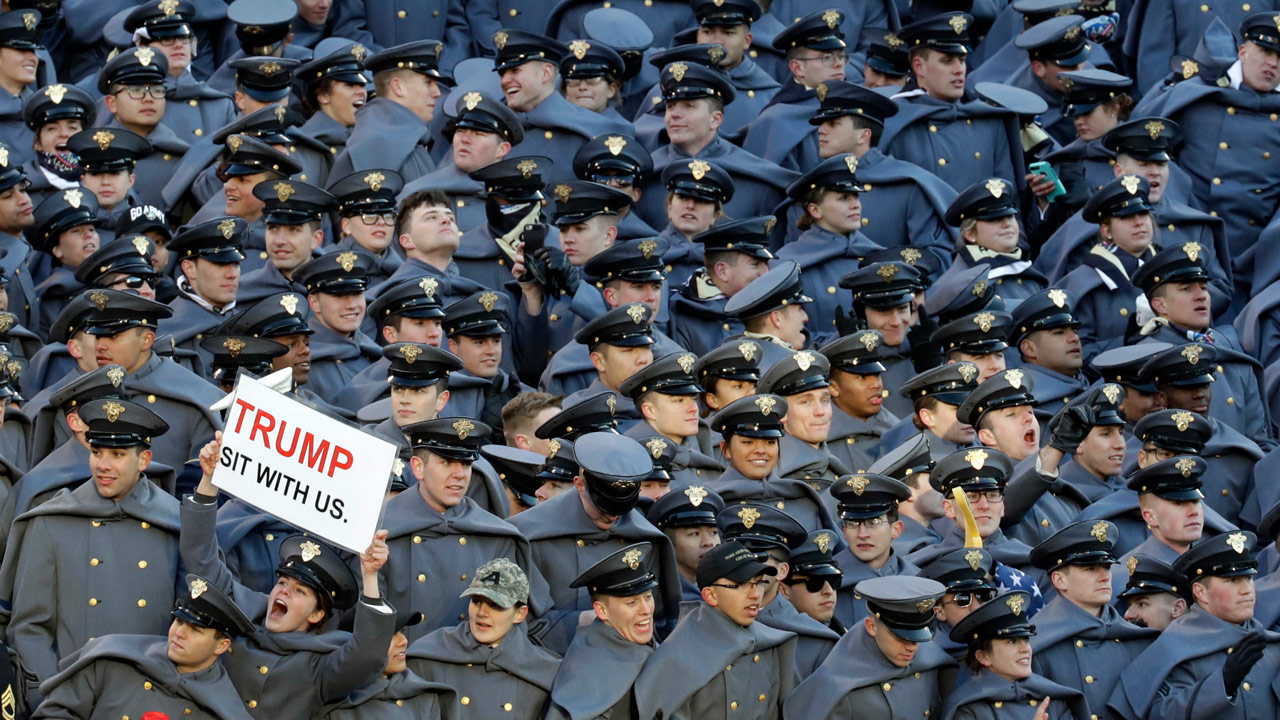 FILE: An Army Cadet displays a sign for President-elect Donald Trump during the first half of the Army-Navy NCAA college football game in Baltimore, Saturday, Dec. 10, 2016.

Navy athletic director Chet Gladchuk said at the annual pregame luncheon in Philadelphia last week that that school is always prepared for the president to attend.

The 108th football meeting between Army and Navy will be the 20th game attended by a president. The Commander-in-Chief traditionally switches sides of the field at halftime.