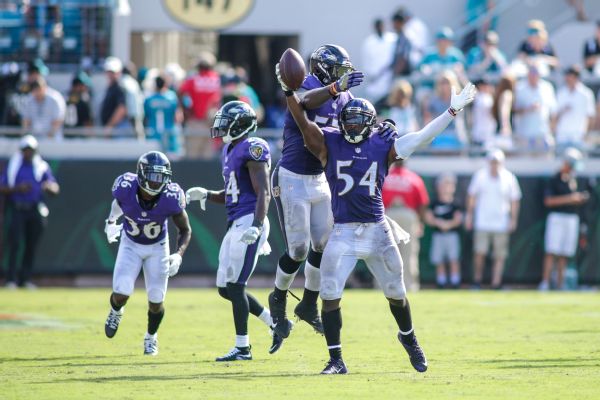 OWINGS MILLS, Md. -- Baltimore Ravens linebacker Zach Orr was on the cusp of reaping the rewards of going from undrafted rookie to the team's leading tackler.

A congenital spine and neck condition, however, forced him to announce his retirement at the age of 24 on Friday.

A CAT scan after the season revealed that the first cervical vertebrae at the top of his spine never fully formed, and that puts him at an increased risk for fatality and paralysis, Orr said.

"When I first found out the news, it was shocking," Orr said. "I was sad, disappointed, upset, because football is something I've done my whole life, and something I love, and still love to this day."

A first-time starter after entering training camp as a backup, Orr finished the season with 132 combined tackles, including two on special teams. Although Orr missed the final game, his single-season total was the team's third-highest in the past decade, behind only Ray Lewis' output in 2010(139 tackles) and 2009 (134).

Ravens general manager Ozzie Newsome said the team had already discussed giving Orr a tender as a restricted free agent, which would likely have paid him more than $2.5 million in 2017, with a potential contract extension.

"I feel like my hands were kind of tied," Orr said. "I won't be able to pass a physical. If I could pass a physical, who knows? I would probably take that chance."

Orr suffered a neck stinger in the Week 16 game at Pittsburgh and continued to experience pain in his neck. An MRI showed a herniated disk, which sidelined him for the final game.

It wasn't until his end-of-season examination that he learned the extent of his situation.

"Everybody that broke down the situation to me were at a loss for words," Orr said. "They were trying to figure out how I was playing football this long without anything major happening. I look at it as a blessing."

According to ESPN Stats & Information, Orr is the 13th NFL player since the start of the 2015 calendar year to retire at age 25 or younger.

"I don't think there has been any player that has been more inspirational to me over the last three years than Zach," Newsome said.

Orr made the team in 2014 as an underrated rookie out of North Texas and became one of the team's best special-teams players by his second season. Last year, Orr beat out second-round pick Kamalei Correa for the starting job and received an All-Pro vote.

Orr said he is considering staying in the game as a coach, and Harbaugh indicated the Ravens would be interested in bringing him on staff.

Orr sad to have to retire at 24
Ravens LB Zach Orr talks about retiring from the NFL due to a congenital spine and neck condition.