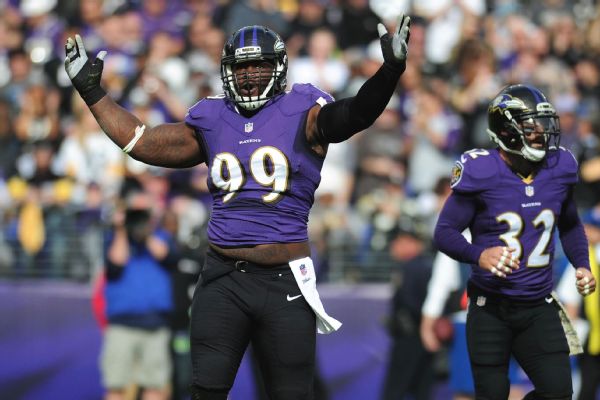 OWINGS MILLS, Md. -- The Baltimore Ravens traded defensive tackle Timmy Jernigan and a third-round compensatory pick to the Philadelphia Eagles in exchange for their third-round pick, it was announced Tuesday.