Roger Goodell unaware of Laremy Tunsil video until after pick 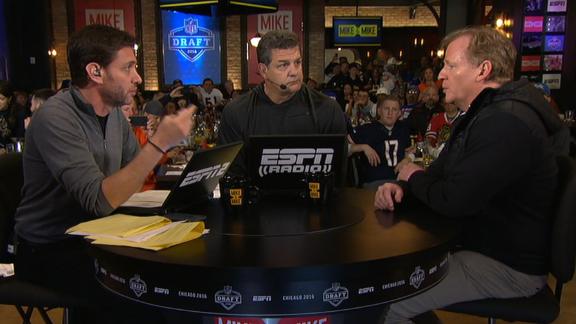 ESPN
By Kevin Seifert
NFL commissioner Roger Goodell said the drama surrounding Laremy Tunsil's first-round slide to the Miami Dolphins is part of the reason why the NFL draft is "so exciting."

Goodell said Friday morning during an interview with ESPN Radio's Mike & Mike that he was not aware of the social-media controversy involving Tunsil until after the Dolphins drafted the former Ole Miss offensive lineman.

As a result, Goodell did not speak to Tunsil about the issue after shaking his hand at the podium in Chicago's Auditorium Theatre.

A video that showed Tunsil wearing a gas mask and smoking a substance from a bong was posted to his verified Twitter account 13 minutes before the draft started. Tunsil said the account was hacked, and he has deleted his account.

Once projected as a possible No. 1 overall pick, Tunsil fell to the Dolphins with the 13th overall pick.

There appeared to be another hack after Tunsil was drafted. An image was posted on his Instagram account showing a text message conversation, allegedly between Ole Miss assistant athletic director John Miller and Tunsil, about paying rent and electric bills for Tunsil's mother. Tunsil's Instagram account has since been deleted. 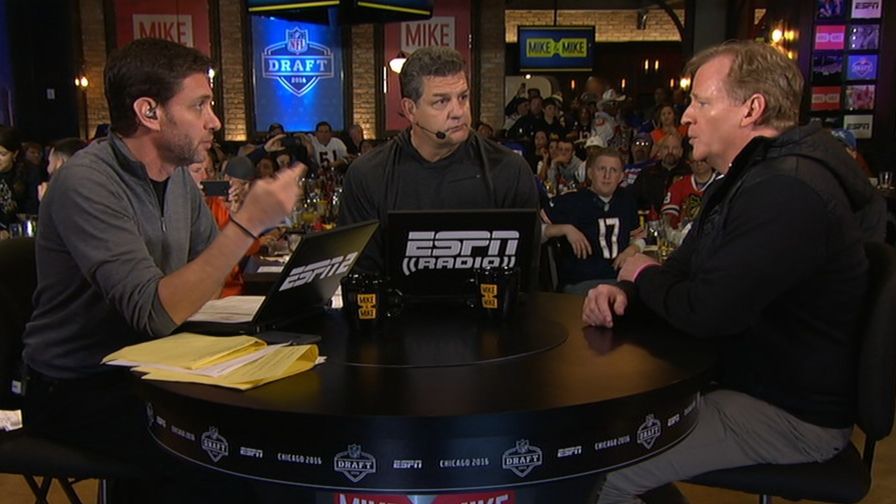 Goodell: Unaware of Tunsil situation during draft
Roger Goodell tells Mike & Mike he was unaware about what was happening with Larmey Tunsil during the NFL draft and that he hopes he can be a great player in the league.
Related topics:
sportsespnroger goodelltwittermiami dolphinsnflnfl draftlaremy tunsilvideoinstagrammike mikesocial media
Copyright © 2020 ESPN Internet Ventures. All rights reserved.
More Videos
From CNN Newsource affiliates
TOP STORIES