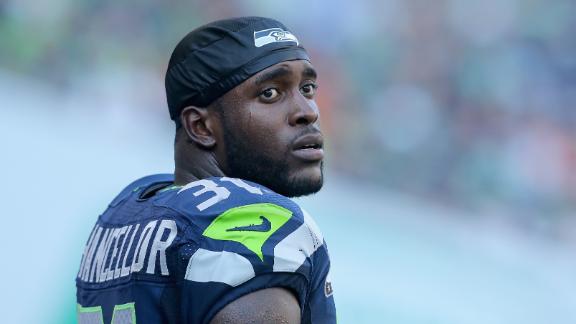 Seattle Seahawks strong safety Kam Chancellor played Super Bowl XLIX with a torn medial collateral ligament in his left knee along with a deep bone bruise on the outside of his knee, Seahawks.com reported Wednesday.

Chancellor fell to the ground when he was hit on the knee near the end of practice two days before the Super Bowl, suffering the bruise.

The MCL tear, however, may have been a previous injury, Seahawks coach Pete Carroll said.

Chancellor said he didn't know whether he was going to play Sunday when he went down in practice, even though he was listed as probable.

"They told me I wasn't going to be able to play," he said. "They told me torn MCL and bone bruise. I was mad. I was frustrated. But at the end of the day, I was able to play. My teammates came to me. They prayed with me. That's when it hit me. Why am I mad? I've got to be grateful for how I'm feeling right now. There are some people out there worse than me.

"I could have had a broken knee and not been able to play. So I just prayed for health and happiness. I prayed for peace and just to be able to make it to the game and play as much as I could for my teammates."

Chancellor had 10 tackles in the 28-24 loss to New England in the Super Bowl, including one for a loss. The Seahawks haven't said whether Chancellor will need surgery, but Carroll indicated Monday it is a possibility.

"It's not a matter of talking about being injured and playing," Chancellor said. "It's about being grateful for getting the opportunity to still even play through the injury."