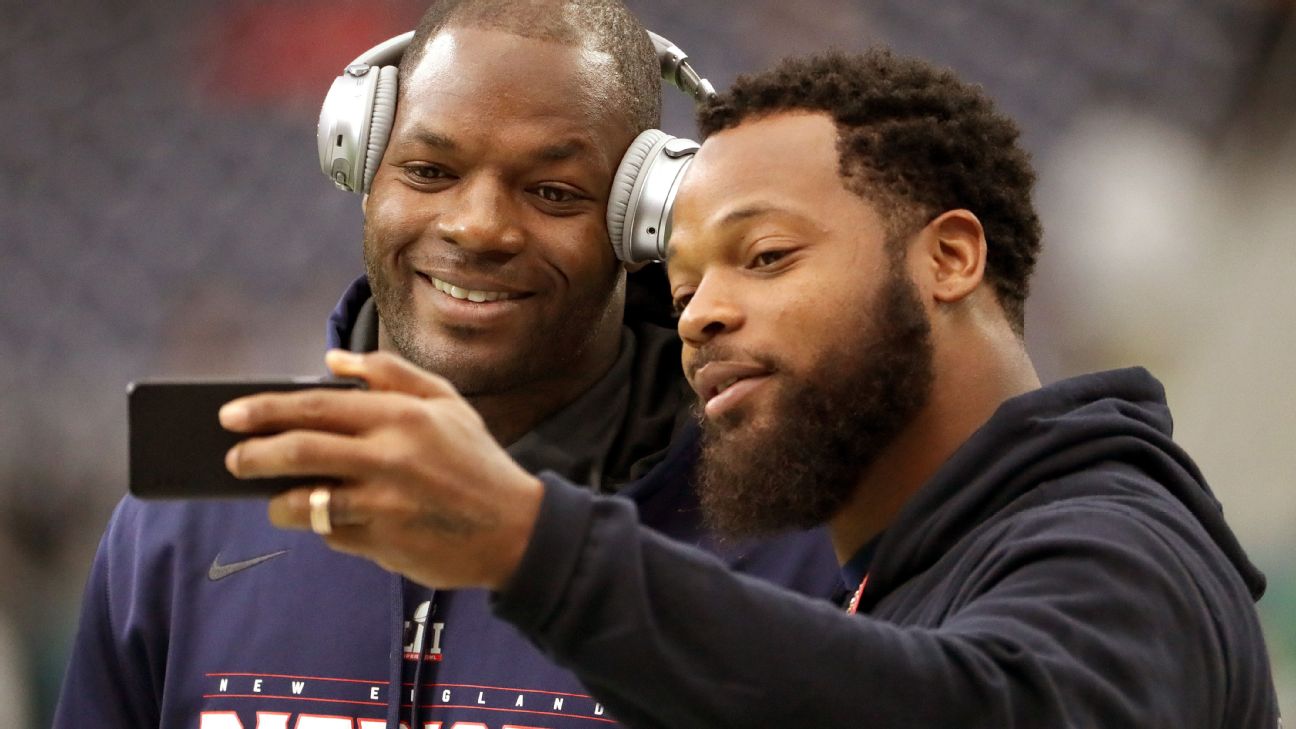 FOXBOROUGH, Mass. -- There could be a Bennett brothers reunion in New England, with Michael set to join the team via trade and Martellus contemplating a return to football.

The Philadelphia Eagles have informed Michael Bennett that they are planning to trade him to the Patriots, the defensive end told ESPN's Josina Anderson on Friday. With that trade set to be finalized, tight end Martellus Bennett is interested in coming out of retirement to join his brother in New England, a source told ESPN's Adam Schefter.

The Eagles would receive a fifth-round pick in the 2020 draft and send Michael Bennett and a 2020 seventh-round pick to the Patriots, a league source told Schefter. Philly.com was first to report that a trade was close to completion.

Bennett played in 16 games (10 starts) last season and totaled nine sacks. He has 63 sacks over his 10-year career.

He told NFL Network earlier Friday that he was looking for a pay raise. He is scheduled to earn a base salary of $6.2 million in 2019 with a $1 million roster bonus.

Martellus Bennett played 10 seasons in the NFL before announcing his retirement after the Patriots released him last March.

If the Bennetts play together next season, they would be another set of brothers on the Patriots' roster. Jason and Devin McCourty were part of New England's Super Bowl-winning team this season, though Jason is set to be an unrestricted free agent.

Michael Bennett could have a quick reunion with the Eagles, as they are set to host the Patriots next season.

By acquiring Bennett, it could soften the blow if the Patriots lose defensive end Trey Flowers, who led New England in sacks each of the past three seasons, in free agency.According to NFL Next Gen Stats, Bennett had 51 total pressures last season to tie for 13th in the NFL. Flowers led the Patriots with 45 pressures.

Bennett, 33, told Anderson that Patriots coach Bill Belichick has been fond of his game.

Locked in at a reasonable salary for the upcoming season, the Eagles recognized there could be a market for Bennett given the lack of quality pass-rushers in free agency.

Trading Bennett also avoids any potential headaches for the Eagles when it comes to snap distribution. Philadelphia re-signed Brandon Graham to a three-year deal last week. He is projected to start opposite Derek Barnett, who was placed on injured reserve in October following shoulder surgery. Chris Long is still under contract, although he has not publicly committed to playing football in 2019.

Bennett had a limited role prior to Barnett's injury last year and was asked to rush from the right side of the line after spending much of his career on the left side. He called his new role "a test of character" in early October, and while making sure he put team first in his comments, was not shy about wanting to play more.

He got his wish down the stretch last season and made the most of it, posting 5.5 sacks and 10 tackles for loss over the second half of the season.

Bennett still faces a charge of felony injury to the elderly after he allegedly shoved his way onto the field to celebrate the Patriots' -- and his brother's -- Super Bowl LI win. Among the people he allegedly pushed through was a 66-year-old paraplegic woman.

The next court date is slated for March 27, according to court records. Bennett's attorney has stated that his client will enter a not guilty plea if the case goes to trial. 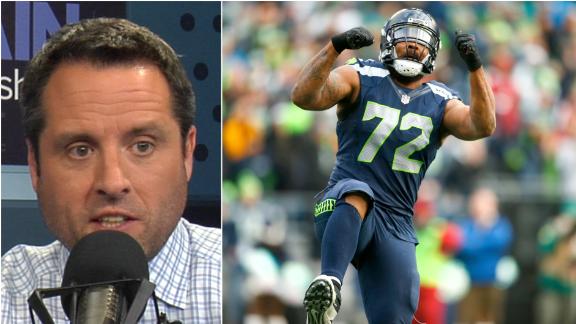