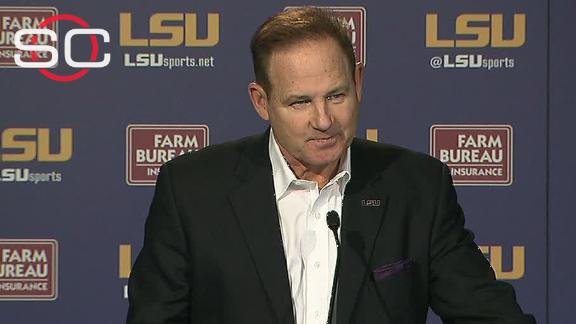 There is "a very good possibility" that LSUwill buy out Les Miles' contract, a high-ranking sourceinvolved in the decision regarding the coach's future told ESPN on Monday.

"In Louisiana, we expect national championships, and we're not in it," the source told ESPN, adding that meetings happening on Monday could lead to a quick resolution.

The Tigers' 30-16 loss to Alabamaon Nov. 7 and what is regarded as an underachieving, vanilla offense are major factors that could lead to Miles' departure,according to the source.

Miles said Monday afternoon that he's "going to go on to work" and confirmed that he'll meet with his players later in the day.

"The information that I have is, do your job as you would do it," Miles said. "And that is something that I took when I took this job 11 years ago. Someone's asked me about coaching for my job, and I think I've done that for 11 years. ...

"I guess what I'm telling you is that you can have a flat tire for a while. But here at LSU ... this is an elite program. We expect to regroup and get going fast. That's really where we're at."

Said offensive lineman Will Clapp: "We've been taught to ignore the noise and just worry about what's going on in this building. ... We know Coach Miles is the man. He's our guy. We love him. He worries about us, and that's what we love about him. He's not only our football coach, but he also worries about us as men and teaching us [about] life after football."

The Tigers (7-3, 4-3) are coming off consecutive losses to Alabama,Arkansas and Ole Miss-- the first time the program haslost three in a row since 1999. LSU gave up at least 30 points in each of those losses, the first time that has happened since 1948.

LSU, which dropped out of the Associated Press poll on Sunday, also was unranked at the end of the 2014 season.

"I think the question is valid," the 62-year-old Miles said. "At some point in time, there's a me in this. Not while I'm coaching. This will always be about our players and the team, and I am a separate piece. I orchestrate and move with them, and hopefully I'm successful. And that's the only way I know how to do it."

Boosters have already agreed to pay the $15 million to $20 million needed to buy out Miles and his staff, the source told ESPN.

LSU senior linebacker Lamar Louis said he and his teammates have tried to avoid the speculation concerning Miles, but "you can't really run from it."

"I've heard a few things," Louis said. "I tried to stay away from it, but you know with people texting you, calling you, seeing it on the news, you can't really run from it. Me personally, it's not distracting because I don't have any answers. I don't know anything."

Miles, coming to the end of his 11th season at LSU, has won a national championship and two SEC championships and averaged 10 wins per season while producing 64 NFL draft choices.

Miles and his staff, meanwhile, currently have the No. 1 class in the 2016 ESPN RecruitingNation rankings, with 19 commitments. The Tigers have had eight top-10 recruiting classes since 2006.

"If we were competing for a national championship this year, well then, we wouldn't be having this conversation," the source said.

ESPN Staff Writers Mark Schlabach and David Ching and The Associated Press contributed to this report. 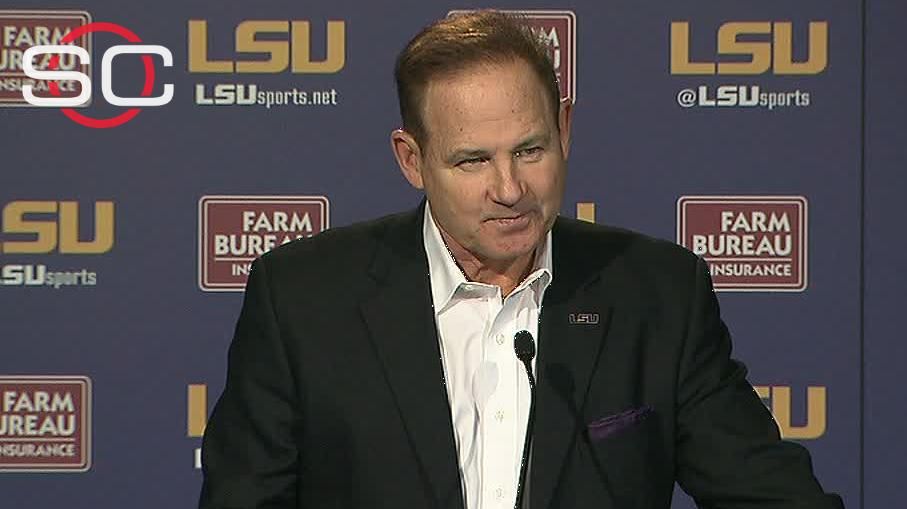 Les Miles addresses job status
Les Miles explains that he is looking ahead to LSU's upcoming game against Texas A&M, not his job situation.