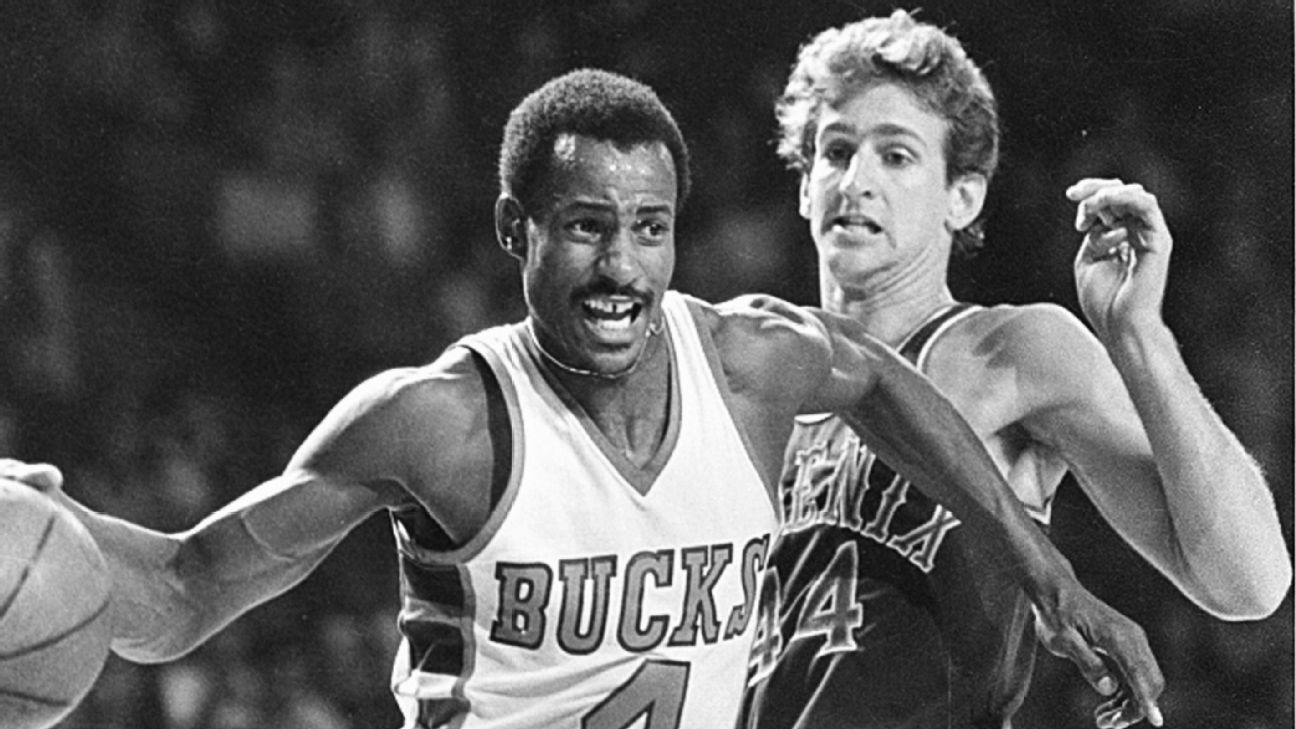 ESPN
By Adrian Wojnarowski
Paul Westphal, Sidney Moncrief and Bobby Jones are among the 2019 class to be elected to the Naismith Memorial Basketball Hall of Fame, sources told ESPN.

A formal announcement will come Saturday at the site of the NCAA Final Four in Minneapolis.

Chuck Cooper, the first African-American drafted in NBA history, was selected by the special direct-elect Early African-American Pioneers Committee, andGolden State Warriorspatriarch and former coach and guard Al Attles will be announced as an inductee as a contributor, a source told ESPN's The Undefeated.

Westphal was a five-time All-Star and was named to the All-NBA first team in three seasons. He won a championship with the Boston Celtics in 1974 before helping the Phoenix Suns reach the NBA Finals in 1976.

As a coach, he went 318-279 with a trip to the NBA Finals and two conference semifinals with the Suns.

One of the finest defensive guards in NBA history, Moncrief played 10 of his 11 seasons with the Milwaukee Bucks, and he was a five-time All-Star and a two-time Defensive Player of the Year.

He was a four-time second-team All-NBA player and a first-team All-NBA selection in 1982-83 before chronic knee problems shortened his career.

Moncrief helped Arkansas reach the Final Four in 1978 and was a first-team All-American in 1979, the year the Bucks drafted him fifth overall.

In 941 games between the NBA and ABA, Jones averaged 20.2 points, 10 rebounds and 4.5 assists per game. He was a member of Philadelphia's championship team in 1983.

Divac, who is currently the general manager of the Sacramento Kings, had a storied FIBA career in addition to playing 16 seasons in the NBA. He is one of seven NBA players with 13,000 points, 9,000 rebounds, 3,000 assists and 1,500 blocked shots.

Attles, 82, has been dealing with health issues this NBA season and will not be able to attend the Hall of Fame announcement on Saturday, a source said. The longtime Oakland, California, resident recently left the hospital and returned home. The former North Carolina A&T star hopes his health will improve enough for him to attend the Hall of Fame ceremony on Sept. 7 in Springfield, Massachusetts.

Attles was drafted by the Philadelphia Warriors in the fifth round of the 1960 NBA draft and has been part of the franchise as a player, coach, general manager and ambassador. The 6-foot guard averaged 8.9 points, 3.5 assists and 3.5 rebounds in 711 games with the Warriors over 11 seasons.

Attles scored 11 points when Hall of Famer Wilt Chamberlain scored 100 points for the Warriors against the New York Knicks on March 2, 1962.

Attles was the Warriors' head coach when they won the 1975 NBA championship, and he served as general manager for three seasons. Attles was nicknamed "The Destroyer," and his No. 16 jersey was retired by the franchise. The Newark, New Jersey, native was previously honored by the Naismith Memorial Basketball Hall of Fame with the John R. Bunn Lifetime Achievement Award in 2014.

When asked in 2016 by The Undefeated about his key for working for the Warriors for so long, Attles said, "They haven't caught up to me yet. I hide. I don't want them to call me and say, 'We want to talk to you.' I know what 'talk to you' means."