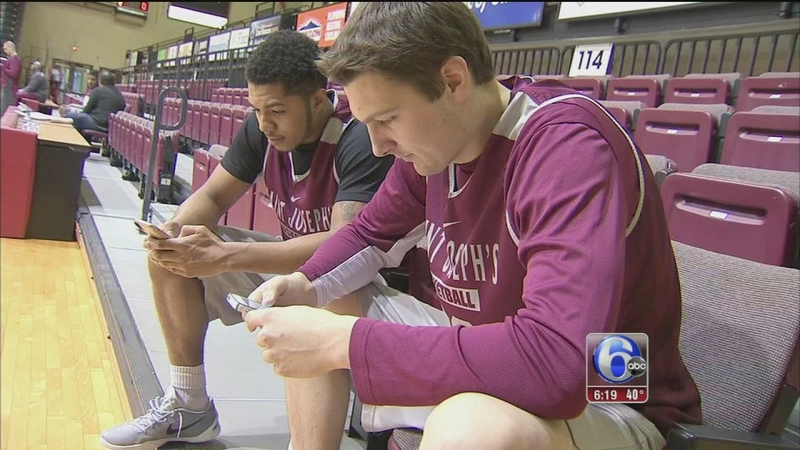 VIDEO: Texting with the coach

PHILADELPHIA (WPVI) -- You can usually hear Saint Joseph's University's men's basketball head coach Phil Martelli from a mile away. But it's a new day and he had to learn a new way to get the messages across.

"I taught myself to text about maybe five years ago because I realized they weren't answering my phone call and I've developed a formula with these guys that I talk to them by text as much as I talk to them in person," Martelli said.

Martelli texts his players while most of us are asleep, in his pajamas, when a random thought pops into his head in the middle of the night.

"Some of them are at like 4 a.m. You look at it like 'what does he want?'" St. Joe's forward DeAndre Bembry said.

"I can picture him with his glasses on just thinking of something to say," St. Joe's forward Isaiah Miles said.

The time is not an issue to the coach.

"It worries you sometimes. You think something happened to your family when you get a text at 4:30 a.m., but it's always Coach Martelli," St. Joe's forward Brendan Casper said.

The text, the players say, is always positive.

"Must have a strong day academically!"

"Must have a strong heart and mind for practice today."

"Must be a better student, person, player today!"

As for his style, the players say it's "different."

"Sometimes it comes to you in all caps, sometimes a lot of periods. You can tell he's still working with the kinks of the new phones," Miles said.

But Martelli says he doesn't do emojis.

Not even a happy face?