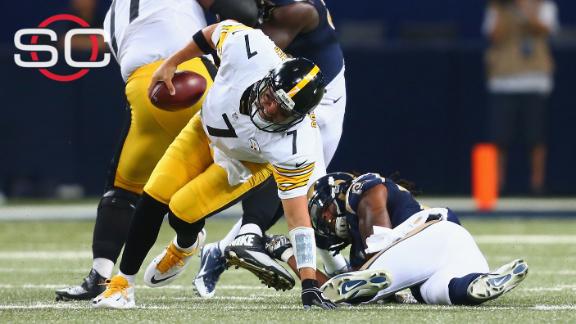 The team confirmed the injury Monday, and although coach Mike Tomlin wouldn't specify a timetable for Roethlisberger's expected absence, a team source told ESPN's Chris Mortensen that the star quarterback will miss four to six weeks as he recovers.

Besides the MCL sprain, Roethlisberger also suffered a bone bruise, according to the source.

The injury -- which the MRI revealed did not include a tear of the ACL in the knee -- happened on a third-quarter play ina 12-6 win over the hostSt. Louis Rams.

"Ben is a competitor and we are confident he will do everything in his power to return at the appropriate time," Tomlin said Monday in the statement.

With 5:35 left in the third quarter, Rams safety Mark Barron sacked Roethlisberger after coming on a blitz, hitting him just below his left knee. Roethlisberger went down and immediately grabbed at the knee before the play was whistled dead.

Roethlisberger reached the sideline with some help but was immediately taken to the locker room on a cart. Michael Vick replaced Roethlisberger at quarterback.

"I thought it was kind of low," Steelers offensive lineman Ramon Foster said of the hit. "I think the NFL will look at it."

Conversely, when asked if he had a problem with the hit, Tomlin responded, "I didn't."

"I stumbled a bit but on my way down I caught a piece of his leg," Barron explained. "I'm not sure exactly what area it was but that's what happened."

Before the injury, Roethlisberger was 20-of-24 for 192 yards with an interception,while Vick finished 5-of-6 for 38 yards. 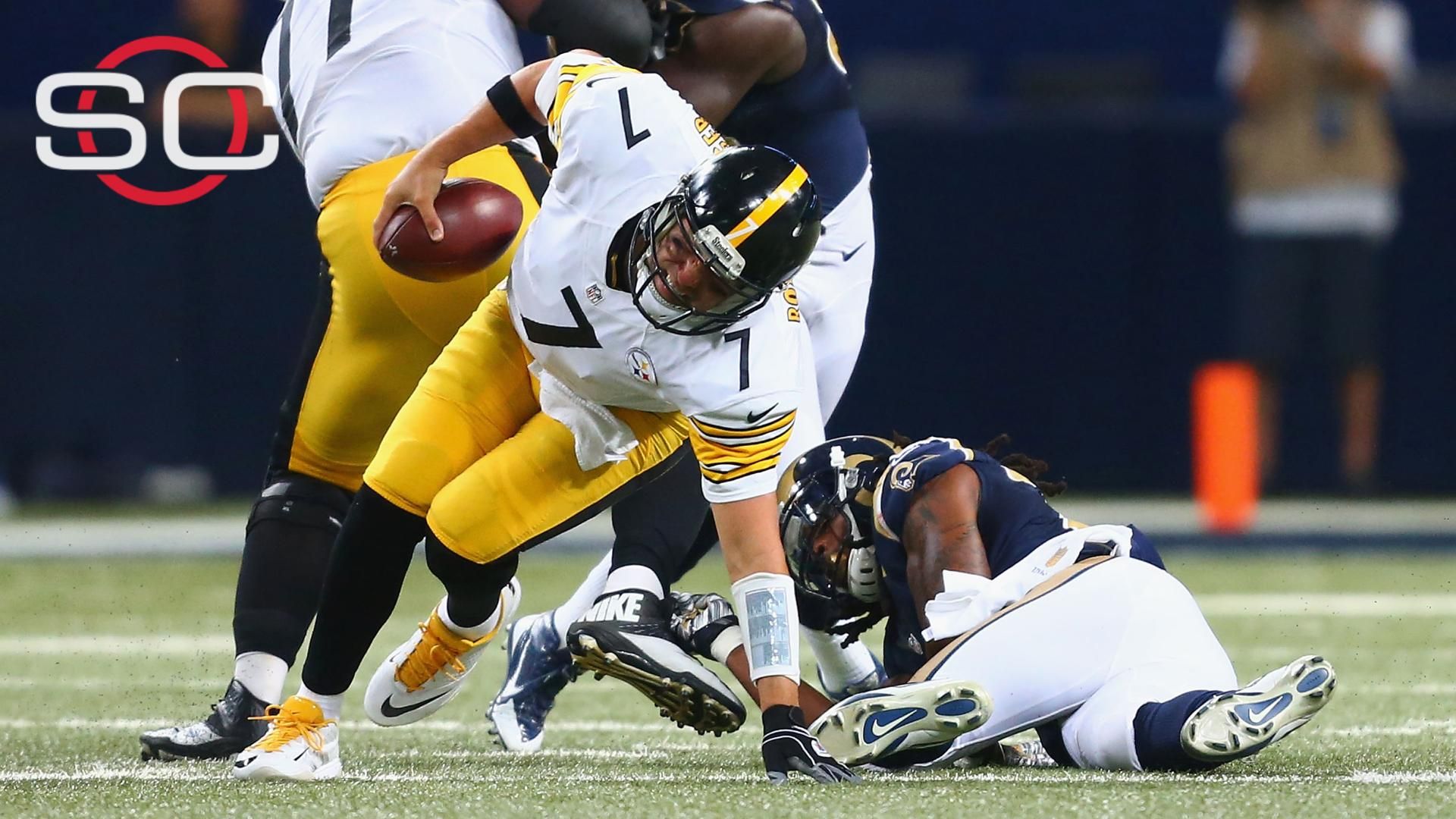 Steelers' Roethlisberger injures MCL
Dr. Mark Adickes explains Ben Roethlisberger's MCL injury and how long he could be out for the Steelers.