The anxious undercurrent of these NBA playoffs 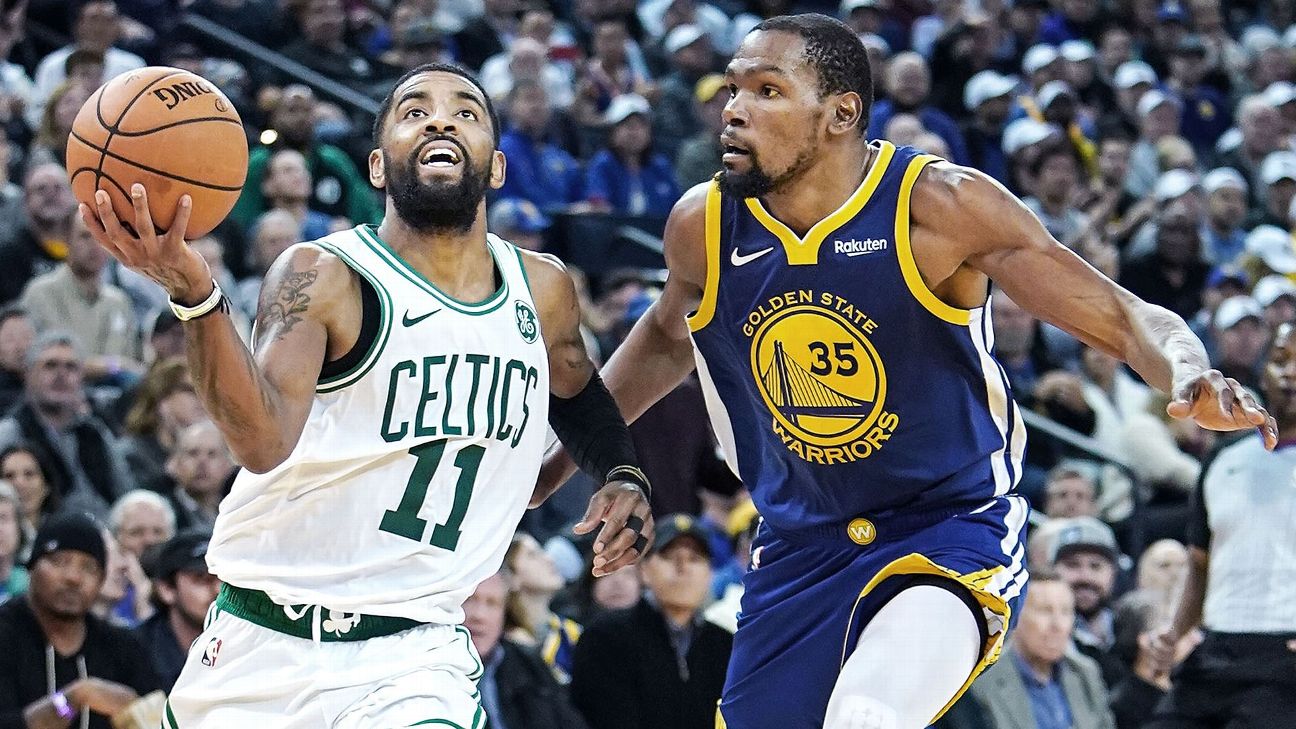 THESE ARE GOING to be anxious playoffs.

There are stresses within the high-stakes games naturally, but there's also another layer that is perhaps unique to this season. It's the pressure of the aftermath and it will mount by the day, by the loss and, oddly in this unusual season, even by the win in some cases.

With so many contenders loaded with fragile, big-name free agents and other concerns that are tied to the uncertainty of their finishes, there is more at stake than just winning. There's also the future and, in these times, that's always on the mind.

This applies across the board in the Eastern Conference, where it's accentuated because you could make a legitimate case that any of the top four seeds could/should reach the NBA Finals. And all of them have ancillary issues that bubble under the surface.

The Toronto Raptors have lived all season with the Kawhi Leonard cloud on the horizon. Leonard hasn't articulated, well, almost anything. Certainly not what will be most important to him when he has the option to become a free agent this summer. But it's a safe bet that an early exit would not bode well for the Raptors' chances at re-signing him, especially after they changed coaches and retooled the roster to try to bury past playoff disappointments.

The Boston Celtics have been one of the most maddening teams in the league. In some weeks they appear to have the firepower and togetherness to beat anyone. Other times, their chemistry is absent.

They have lived on Kyrie Irving's yo-yo for months. Even if you give him a pass and write off his promise to re-sign in October as an emotional utterance while in a festive mood at a fan event, his choice to make a Nike commercial in which he announced a hope to raise his number to the rafters sure seemed more secure. And it isn't just his free agency, it's the hot and cold support for his teammates and head coach that have been perhaps even more trying.

Boston has all the ingredients of a team that could make the Finals, especially when bigs Al Horford and Aron Baynes are healthy and Jayson Tatum finds a balance between grace and aggression. But if it goes south, it's possible the Celtics could not only lose Irving in July but also be more judicious in an expected trade offer for Anthony Davis in the summer. There's a wide swing of possibilities here that bears watching as the Celtics make their way through the playoffs.

The Milwaukee Bucks have the best record and their best player, Giannis Antetokounmpo, is under contract. But there's still fallout possibility there. Even after extending Eric Bledsoe with a four-year deal last month, the Bucks have important free agents -- Khris Middleton, Malcolm Brogdon, Brook Lopez and Nikola Mirotic -- to deal with.

Keeping this 60-win team together may hinge on these playoffs. Bringing the core back would likely send the Bucks into the luxury tax next season and beyond. The Bucks haven't paid the luxury tax since 2003, the season they traded Ray Allen for Gary Payton.

Is this team close enough to title contention to break that taxless streak or will the Bucks retrofit with cheaper options if there's an earlier-than-expected exit? And how might that crossroads affect Antetokounmpo, who can extend his contract if he wants in 2020? These are topics that are absolutely being discussed within the organization as Milwaukee starts its most promising postseason in decades.

The free-agency questions are just as big for the Philadelphia 76ers. They made a series of trades to take a huge swing this season. Their big-name starting five has been darn impressive when they've played together, which hasn't been that often. But three-fifths of those starters -- Jimmy Butler, Tobias Harris and JJ Redick -- are free agents and another, Ben Simmons, is due an extension later this year.

Paying them all top-market rates might cost the 76ers a sum approaching $500 million. Can ownership possibly stomach that sort of outlay for a group that isn't seriously in line to compete for a title? It's a big question and the answer may reveal itself in the next few weeks. Frankly, it has to.

Once you take all that in, consider that two of these East teams won't even reach the conference finals. These entire playoffs is a multi-tiered pressure cooker ripe for anxiety.

The two-time defending champion Golden State Warriors have two All-Stars headed to free agency. However, because this is the postseason of jitters, it's not as simple as win again and everyone is happy, healthy and re-signing.

Kevin Durant has exuded unhappiness throughout the season for reasons only he can understand, giving rise to the belief that he's playing his last days with the team. If two titles didn't make him happy, will a third only verify his tug toward a new challenge? Is this what New York Knicks fans or anyone who wants the Warriors dynasty disbanded should be rooting for? Or perhaps if the Warriors are somehow upset, will that disappointment keep Durant in place as redemption becomes a motivating draw?

If you can figure out Durant, send your résumé to both the Warriors and Knicks as they are probably interested in hiring you. Either way, their playoff run is carrying some extra baggage.

Then there's the LA Clippers, who have managed to construct an exciting and competitive team while low-key plotting to eviscerate their competition in the free-agent market for chasing two megastars. They already have vastly improved their Q rating within the league in Steve Ballmer's ownership tenure and built an infrastructure they hope not only makes them attractive to free agents but more attractive than their historic big brother, the Los Angeles Lakers. The Clippers' playoff tenure will play some sort of role in what happens in July, even if it's just the threat of an upset.

This weekend the games start. But the game within the game for future control of the league is where the real action may be. Very little is clear, even to the people who have the most power in the situation.

With roughly a third of the league scheduled to be free agents, this has been a situation that has been developing for some time. There's a lot of choppy waters between now and resolution.

DWYANE WADE WILL be remembered for many things in Miami, from his fearless style of play to his tremendous shot-blocking to the magical 2006 NBA Finals to his involvement in the community. But one underrated aspect of his career that has been an unending gift to the Heat organization is his willingness to sacrifice.

At times it has been money, yes. Wade twice took pay cuts to help the Heat build their roster. Once in 2010 to put role players around LeBron James and Chris Bosh. And again in 2014 after James left so the Heat could remain competitive by being aggressive in the free-agent market. But there have been other ways that involved more than money.

In 2008, Pat Riley approached Wade with a plan to create cap room for the 2010 free-agent bonanza. This meant trading the team's second-best player at the time, Shawn Marion, to better align their books to have cap space that summer.

They'd been building the team up following a rebuild after the 2006 title and put the advancement on hold for the mere hope they could land the big fish. It was an ask for Wade to hand away a chunk of his prime and even though he'd already won a title, it was not an easy decision. Wade got impatient with the slow process and quarreled with Riley a bit, but he ultimately signed off and was Riley's wingman in landing James and Bosh.

Then once James was in the fold, it was Wade who came to his teammate in their second season together and encouraged him to take the reins and become the primary playmaker. They'd tried to share the role, trading off turns, and it didn't work. The Heat didn't fully bloom into a superteam until Wade, still very much at the peak of his powers, took a willing step backward.

There were more moments along these lines. Such as in the 2008 Olympics when Wade agreed to be a bench player to better balance Team USA's rotation, unlocking a fierce lineup that took the gold. All the way to this season, when he agreed to come off the bench in his farewell tour even though he probably had the juice left to start.

Sacrifice is a big part of Wade's legacy. Staying in character, it's something he has barely ever mentioned.

THERE'S A MINI lottery on Friday at the NBA's board of governors meeting involving the Dallas Mavericks, Memphis Grizzlies and New Orleans Pelicans. All three had 33-49 records, tied for seventh worst. To determine the draft order for picks seven, eight and nine there is a random drawing, though all the teams will have the same odds to win the draft lottery on May 14.

The outcome has further implications. The Grizzlies will send their pick to the Celtics if it finishes outside the top eight. If the Grizzlies "lose" the draw and fall to No. 9, they are likely to send their pick. If they "win" it becomes likely they will keep it.

Memphis has indicated it wants to send the pick to Boston this year because next season the pick is just top-six protected and then its fully unprotected in 2021. With the Grizzlies firing their coach, restructuring their front office and still mulling plans to trade Michael Conley, they may be flirting with that top-six pick next season.

Meanwhile, the Celtics would prefer not to get the pick this season. With three other first-rounders including the Sacramento Kings' lottery pick, Boston would rather roll over the asset into the future.

Then again, if Memphis scores in the draft lottery and moves to the top four picks, all of this is moot and the Grizzlies keep the pick. In that case, one assumes they will be happy to keep it. 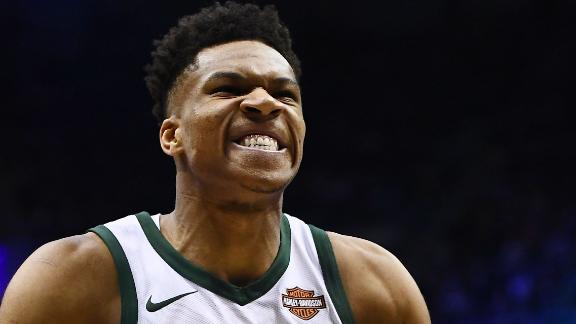 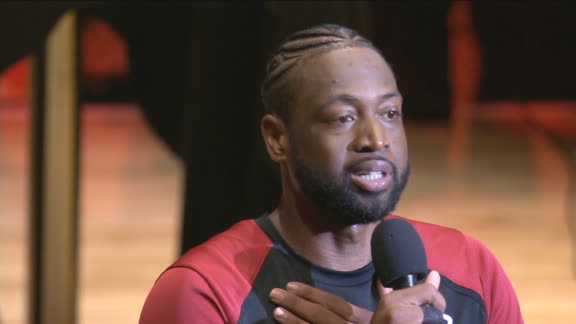