Trevone Boykin: 'No excuses for my very poor decision' 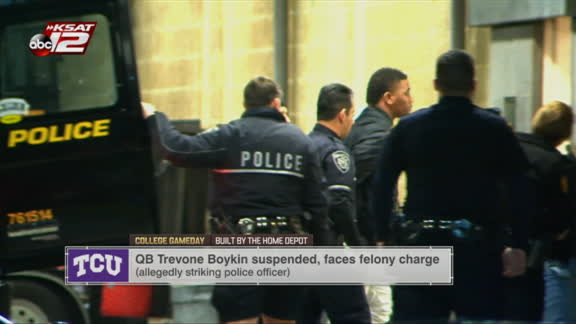 ESPN
TCU quarterback Trevone Boykin said "words can't describe how sorry I am" after being arrested and charged with a felony.

"I have no excuses for my very poor decision, and I'm embarrassed about it," he wrote Thursday night in a lengthy message posted to his Twitter account.

Boykin was involved in a fight at a bar and then allegedly struck a bicycle patrol officer early Thursday morning in San Antonio. He was formally chargedwith assaulting a public servant, a third-degree felony. He posted a $5,000 bond and was released from custody late Thursday morning.

TCU playsOregon on Saturday in the Valero Alamo Bowl in San Antonio.

TCU coach Gary Patterson issued a statement, saying: "Trevone Boykin and [junior wide receiver] Preston Miller have been suspended for Saturday's game due to a violation of team rules. We are disappointed in their actions and apologize to the TCU Horned Frogs Nation, Valero Alamo Bowl and city of San Antonio."

A TCU spokesperson confirmed Boykin was sent home following his arrest and suspension. It was not immediately clear what Miller did to get suspended.

At a Thursday morning news conference, San Antonio Police chief William McManus confirmed reports that Boykin, 22, and some teammates were in an establishment named Pat O'Brien's just before 2 a.m. when some patrons recognized the quarterback and began to trash-talk. Boykin became upset, and a scuffle ensued. In the melee, Boykin struck a bar employee.

Boykin and those with him were removed from the bar, but the fight continued. San Antonio bicycle police officers arrived at the scene and, with the help of bar bouncers, tried to stop the fight. According to an incident report provided by the San Antonio Police Department, the suspect "was very aggressive and was being held back by the group that he was with. Members of his group stated they would get him back to the hotel they were staying at."

After walking away, the suspect -- bystanders told police it was Boykin -- charged officers. McManus said he was swinging and struck an officer in the face. Several officers then took Boykin to the ground. After officers threatened to use a stun gun on Boykin, he was arrested. In addition to the charge of assaulting a police officer, he faces charges of resisting arrest and public intoxication, according to the police chief.

"We don't know if he was swinging at the officer or somebody behind him," McManus said. "In any event, the officer was struck in the face and suffered injuries."

McManus said the officer suffered a swollen face, bruises and abrasions. The crime-scene investigative team photographed the officer's injuries, and he was treated by emergency medical personnel.

"Clearly, this was not an appropriate way to act," McManus said of Boykin's behavior. "He was heckled, and he responded to it."

McManus said the department has ordered cameras to record interactions with the public, and those will be deployed by the bike officers in the near future. A manager at Pat O'Brien's told ESPN that security footage has been turned over to police.

TCU co-offensive coordinator Doug Meacham said Boykin was in his room when his coaches did curfew check at midnight, but then Boykin went back out. Pat O'Brien's is located three blocks from TCU's team hotel.

Running back Aaron Green, one of Boykin's closest friends, called the incident "extremely heartbreaking." He said the quarterback still has the support of his teammates.

"He's still my brother. He's still our brother. We love him. We hope everything works out," Green said. "I'm hurting from it. I won't lie. This is a kid with an extremely bright future, probably one of the best football players I've ever played with. He's a good person, too. You just hate to see that happen. I just pray everything works out and he has another opportunity to get out and do what he's great at."

Meacham and his fellow co-coordinator, Sonny Cumbie, said they're leaning toward starting senior Bram Kohlhausen over redshirt freshman Foster Sawyer against Oregon but have yet to decide.

Cumbie said he thinks the arrest was out of character for the Boykin he knows.

"Trevone means a lot to me and my family," Cumbie said. "He's a great kid, and we love him dearly."

Boykin is a senior who passed for 3,575 yards, 31 touchdowns and 10 interceptions this season. The Dallas native was a second-team All-American last season and a preseason candidate for the Heisman Trophy this year.

Boykin suspended, faces felony charge
Rece Davis gives the latest on TCU QB Trevone Boykin's arrest in San Antonio after allegedly engaging in a bar fight, with the school announcing he has been suspended for the Horned Frogs' bowl game. 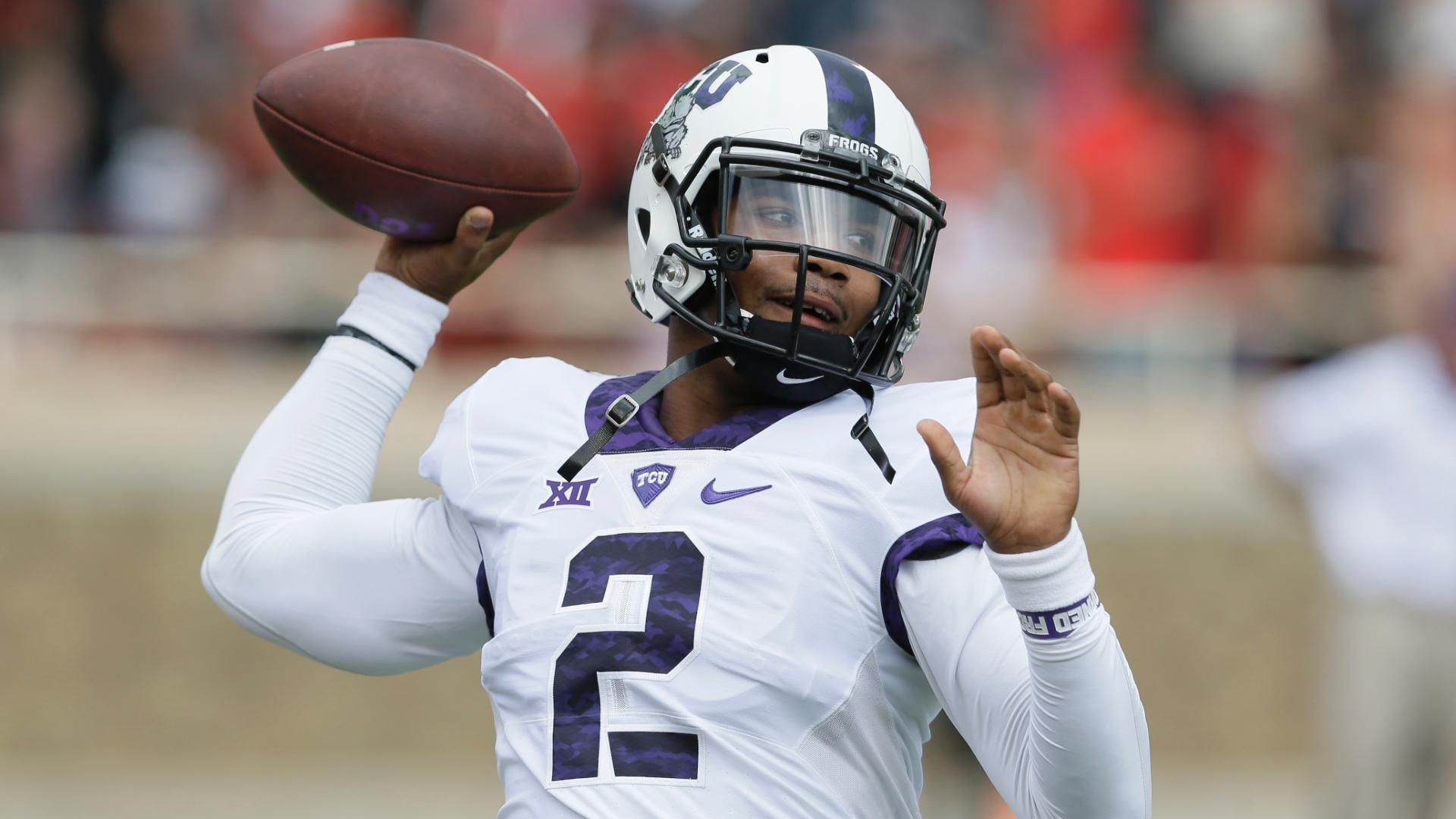 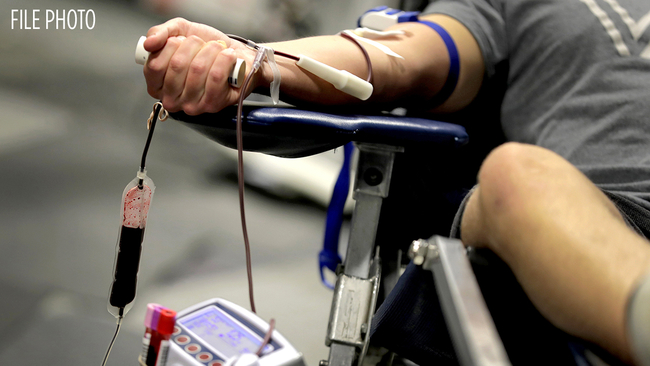