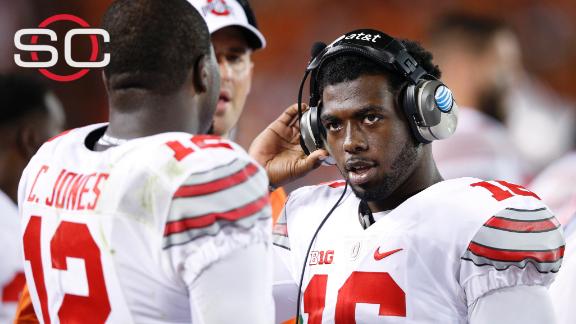 COLUMBUS, Ohio -- Ohio Statecoach Urban Meyer is still ready to establish a pecking order among the Buckeyes' quarterbacks, but he still doesn't know exactly how it will look moving forward.

After a heated battle throughout training camp and now three games into the season, Ohio State still hasn't definitively settled on a full-time starter at the most important position on the field. And while Meyer is willing to devote the majority of practice reps and game snaps to a clear-cut, first-team option, neither Cardale Jones nor J.T. Barrett have apparently done enough to earn that distinction.

"I haven't decided yet," Meyer said Monday. "We're going to have conversations, and [as of] today, not one has beaten out the other and they're not playing great.

"I hear someone say, 'How can you play quarterback with someone looking over your shoulder.' My comment to that person was, 'How do you not?' If you think you're going to play at the next level, there's going to probably be one better than you standing right next to you, so get used to it. It doesn't mean you get hooked [permanently], but if you have a bad day, you get replaced. That might not be everyone's philosophy, and that's OK."

Meyer indicated that had been Ohio State's approach all along this month, but his handling of his award-winning passers has been under scrutiny for what appeared to be a two-quarterback system with both playing in all three games so far and neither playing up to their potential.

The two Buckeyes combined to complete 16 of 29 passes for just 136 yards and three interceptions in a 20-13 win over Northern Illinois -- a far cry from the production Barrett provided while earning Big Ten quarterback of the year honors last season or when Jones was leading the explosive offense during the postseason run to the national championship.

According to ESPN's QBR ratings, both players turned in the worst statistical performances of their career in the low-scoring win over the Huskies.

Barrett replaced Jones in the second quarter of Saturday's victory. That was a departure from the previous week, when Jones was lifted in the first half only to return after intermission and lead the Buckeyes to a comfortable victory.

But who will take the first snap this weekend against Western Michigan appears to be an open question for the Buckeyes, and what happens after that will continue to be dictated by performance -- and not a set plan to use both guys.

"I did go with one guy," Meyer said. "The guy didn't perform well, so we went with the backup. There was no set thing saying we were a two-quarterback system, and we're not.

"The backup is a very good player, whoever that may be." 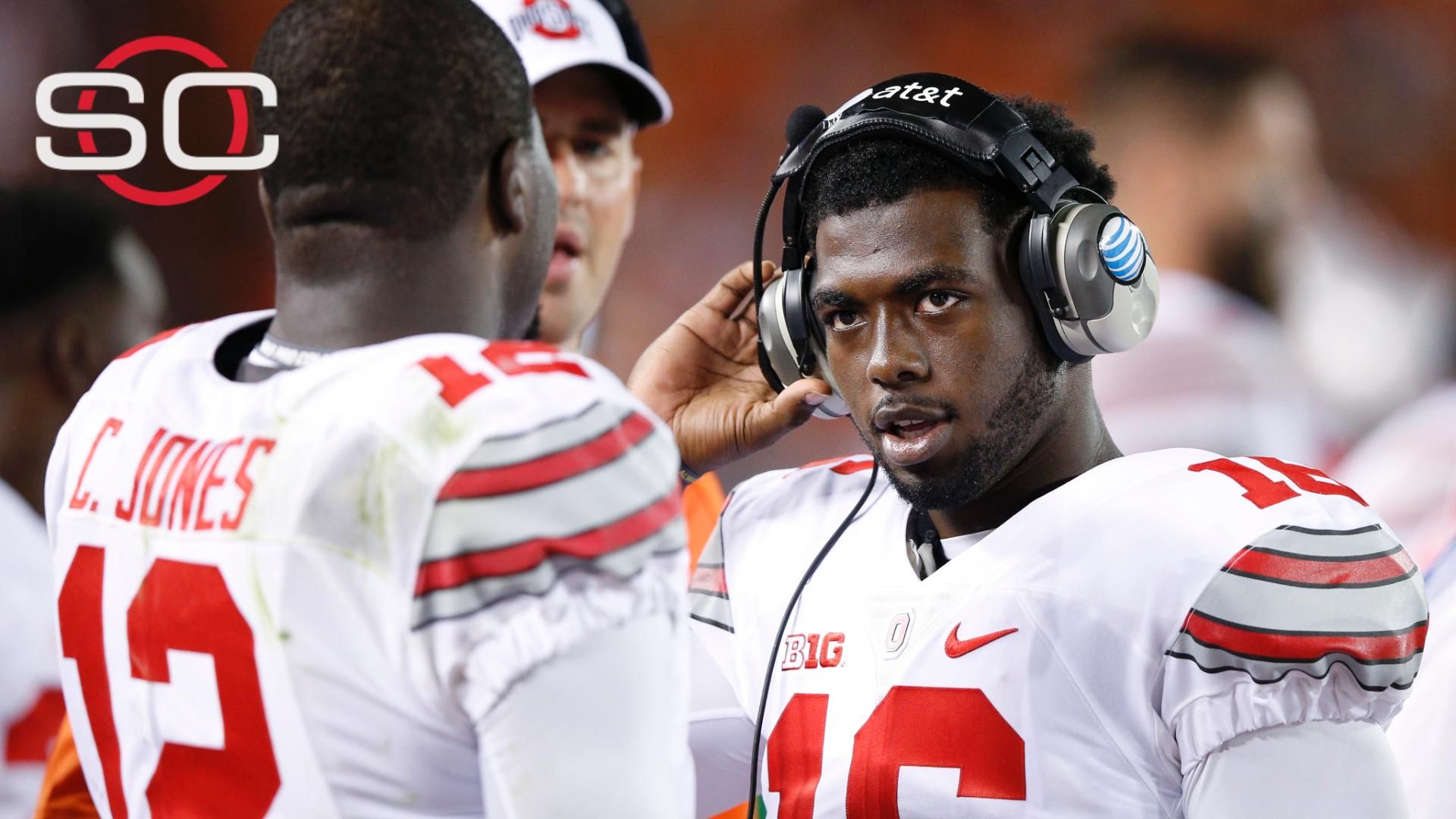 Who will start at QB for Ohio State?
Urban Meyer is still undecided about whether Cardale Jones or J.T. Barrett will be the starting quarterback for Ohio State. 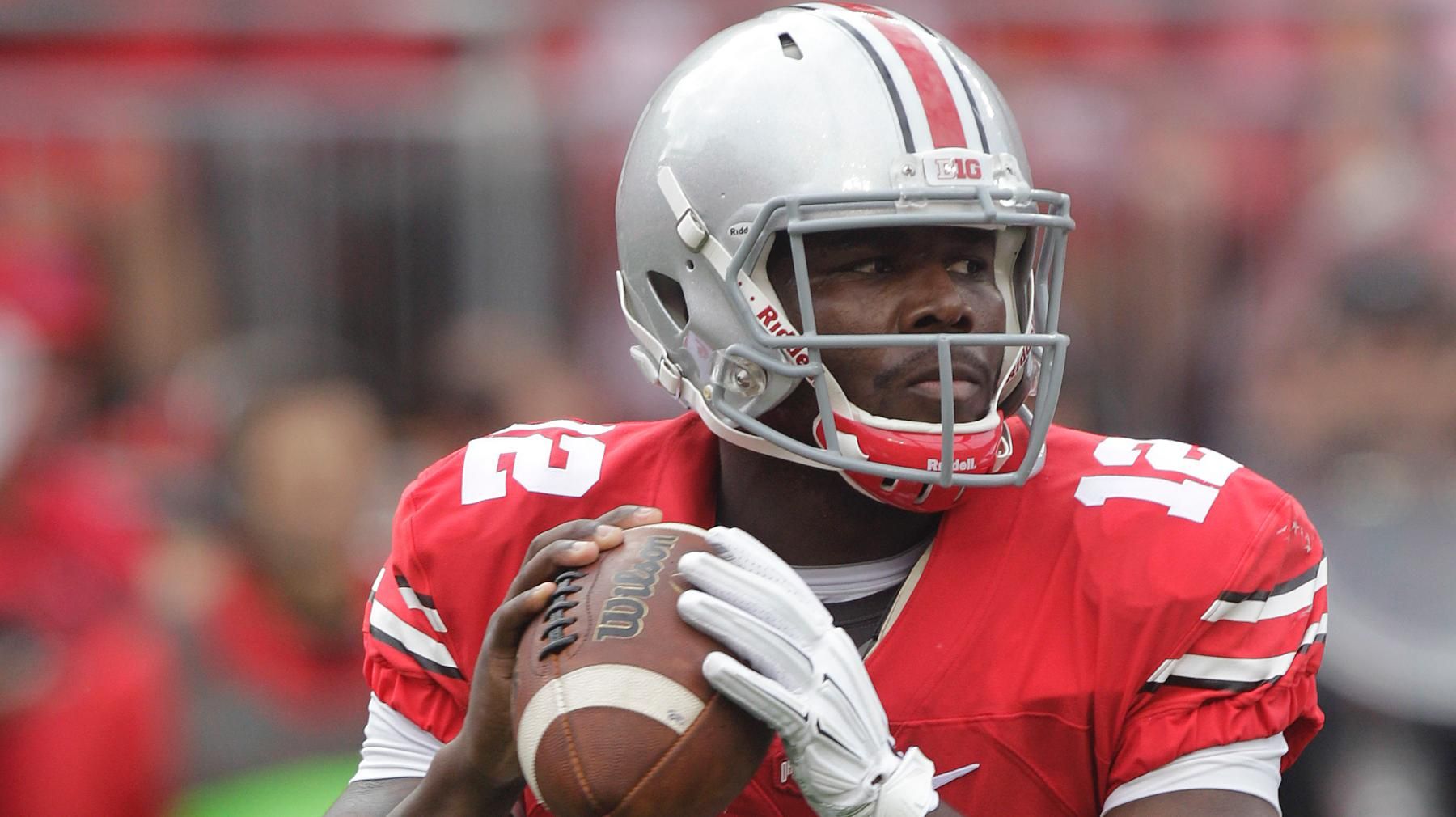 Greeny: 'Ohio State needs to pick a QB'
Mike Greenberg and Mike Golic of Mike & Mike discuss the Buckeyes' QB issues and how they should handle it going forward.