ESPN
MINNEAPOLIS -- Oakland's Yoenis Cespedes became the first repeat winner of the All-Star Home Run Derby in 15 years, powering his way past Cincinnati's Todd Frazier by a whopping 9-1 mark in the final round Monday night.

With a serious, determined look on his face the whole time, Cespedes finished with 28 homers. That was four fewer than last year, when he beat Washington's Bryce Harper 9-8 in the final round.

Cespedes saved his best for last, a 452-foot blast to the third deck above left field that officially measured as the longest shot of the night.

Athletics third-base coach Mike Gallego again pitched to Cespedes, who went deep 32 times in last year's derby at Citi Field in New York. Gallego's arm looked nearly out of gas by the final round, which started after 10:30 p.m. local time.

Bautista and Stanton each earned a bye to the semifinals under the new bracketed format, which gave each player seven outs and pitted the survivors from each side in the final round. Bautista went deep 10 times in the first round, keeping the fans in the second deck above left field on their toes, and Stanton hit six.

That was all, though.

After a long wait for his next turn, Stanton put up a zero in the semifinals and let Frazier advance with only one.

Oh, but Stanton's six were beauties.

One landed in the third deck above left field, about a half-dozen rows shy of the very top of the ballpark. Another reached the second deck above the center field batter's eye, a place never touched by a ball during an actual game here. Stanton has been credited with three of the 15 longest home runs in the majors this year, including the second-farthest at 484 feet.

Bautista, the AL captain, has 11 home runs in 14 regular-season games here, the most by any visiting player. That's only one less than Twins cornerstone Joe Mauer, who has played 284 career games at Target Field.

Cespedes, who beat Athletics teammate Josh Donaldson in a tiebreaker after each finished with three in the first round, breezed by Baltimore's Adam Jones in the second round. Frazier topped NL captain Troy Tulowitzki on the other side.

Colorado's Justin Morneau, the fan favorite after 10-plus years and four All-Star games for the host Twins, was eliminated in the first round.

Morneau returned to his roots, and so did the event itself, considering the inaugural contest was held at the Metrodome before the 1985 All-Star game. Admission then was a mere $2, slightly less than the $200-and-up price tags on the derby these days. The original form was actually a 1960s-era television show, featuring sluggers like Harmon Killebrew of the Twins.

Delayed 54 minutes by light rain on an unseasonably cool night -- even for Minnesota -- with a start-time temperature of 59 degrees, the contest began with a rainbow protruding from the clouds beyond left-center field that framed this limestone-encased ballpark that opened in 2010.

Frazier went first, and while he went deep twice, he didn't quite reach the rainbow. Neither did Twins second baseman Brian Dozier, the smallest of the participants who had the backing of the crowd with chants of his last name during his two-homer round.

"Even my brother he said he got chills," said Dozier, one of seven first-time participants. His brother, Clay, was his pitcher.

The loudest roars were for Morneau, naturally, in his return to the place he called home until being traded last summer. An easy pick for Tulowitzki, Morneau checked the weather forecast as soon as he woke up to gauge the wind direction. The only left-hander in the event his year, Morneau's third derby appearance brought the fans to their feet with AC/DC's "Thunderstruck" blaring in the background.

He hit two in the first round, the only balls all night that landed in the seats in right. Frazier hit one more to beat Morneau and advance in the three-swing tiebreaker.

The only player shut out? Dodgers sparkplug Yasiel Puig. He was the first homerless participant since Robinson Cano two years ago in Kansas City. 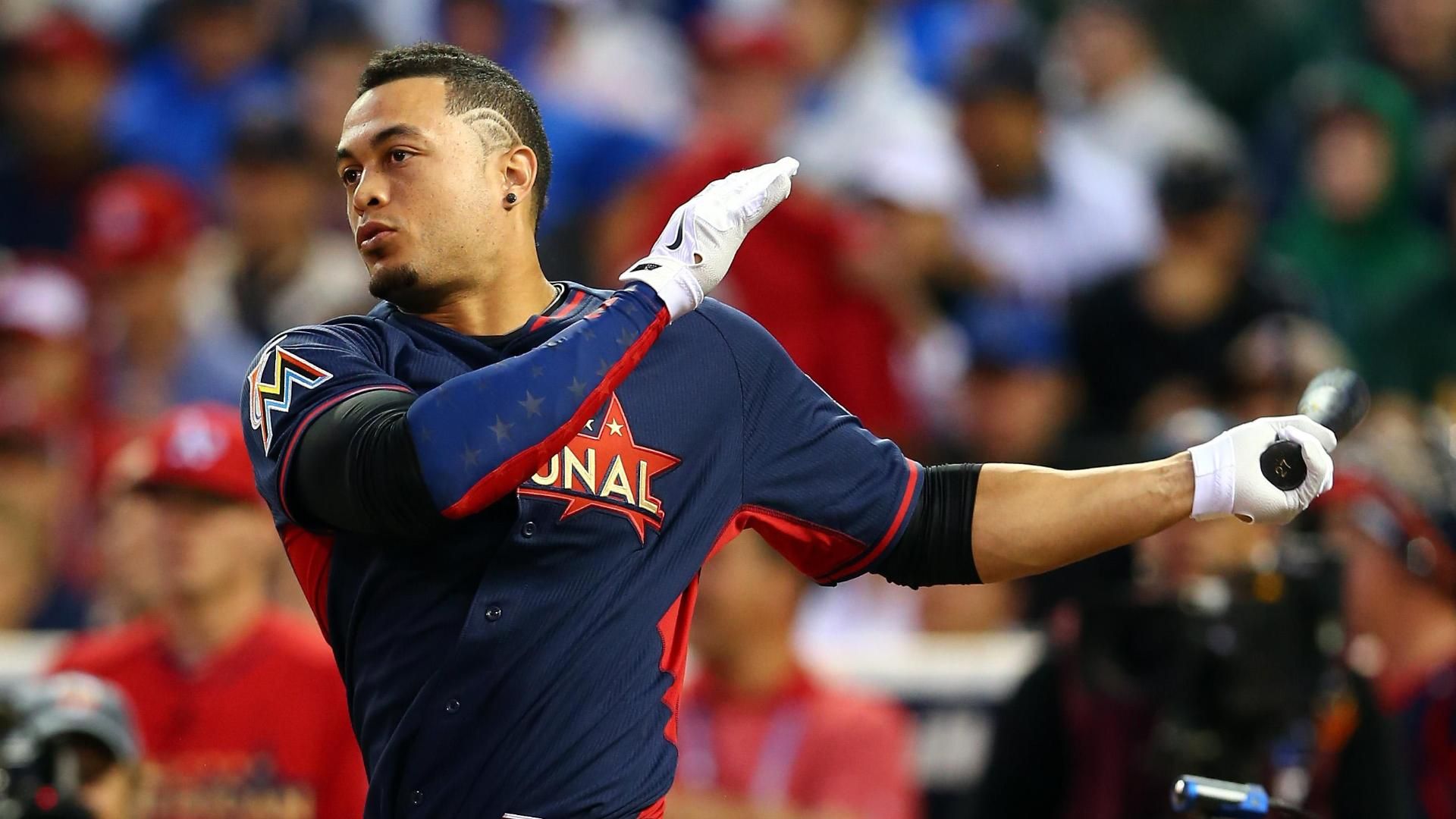 Stanton Nearly Blasts Ball Out Of Park
Giancarlo Stanton blasts a home run to the upper deck that nearly goes out of the stadium in the 2014 MLB Home Run Derby. 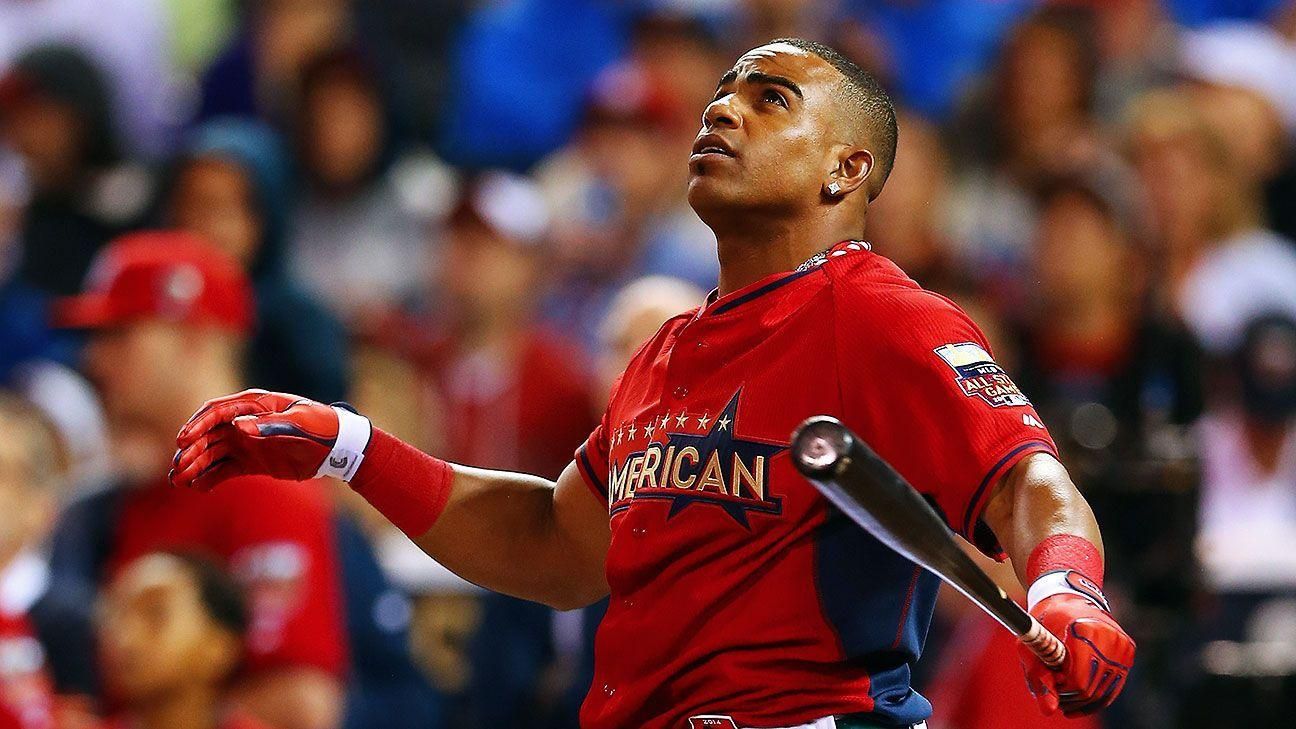 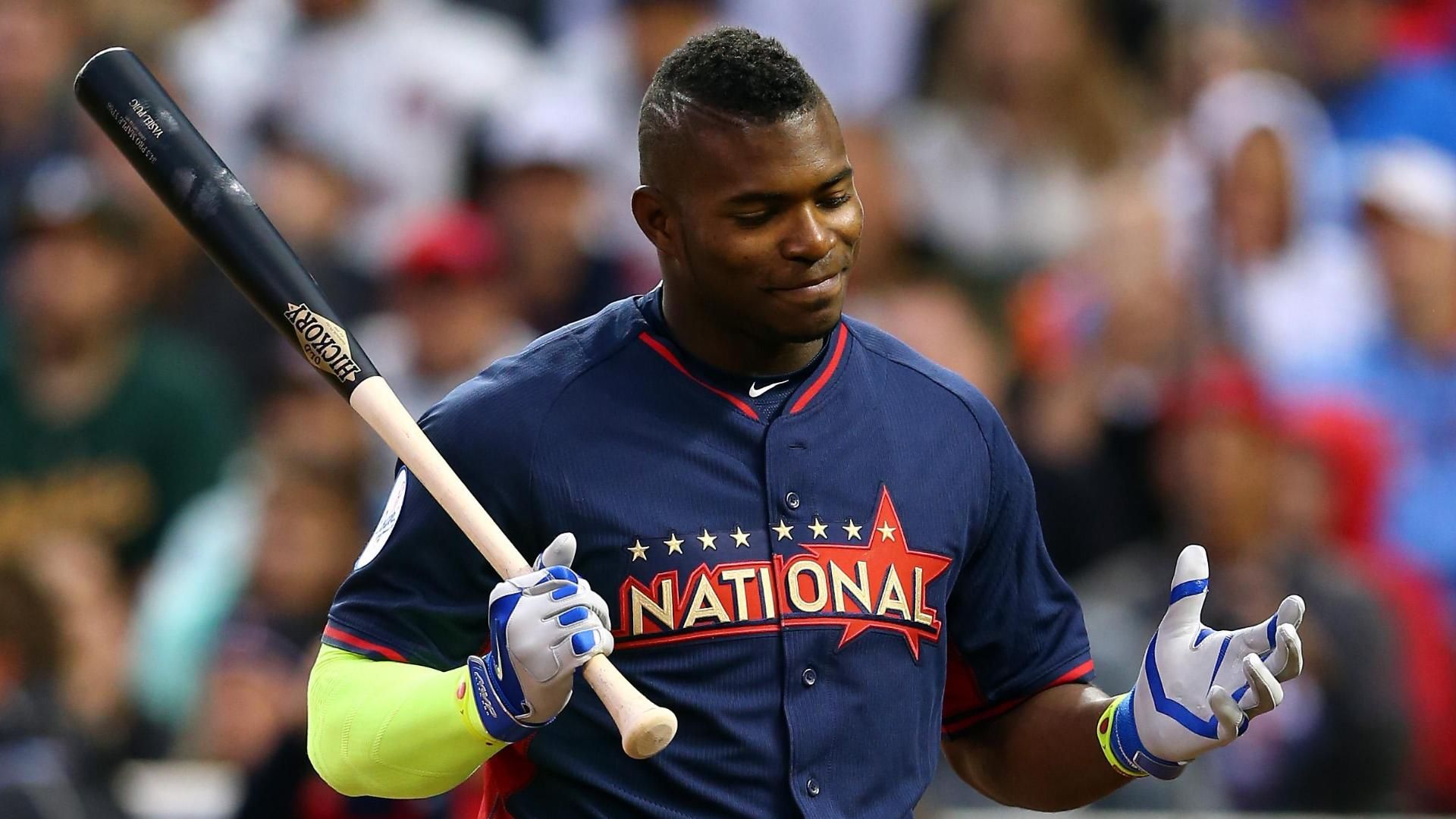