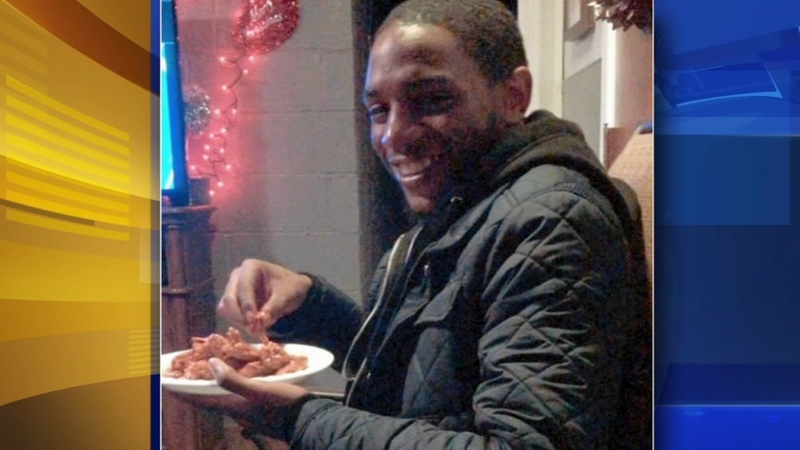 WEST OAK LANE (WPVI) -- A 20-year-old man was attacked and killed by four people on the streets of West Oak Lane over the weekend, and now his family is sharing their pain in the hopes it will lead to change.

It happened along the 2000 block of 67th Avenue where a group armed with hammers and knives came looking for 20-year-old Derrick Hill on Saturday morning.

They broke out the windows of a car and a woman in the group stabbed him. He didn't survive.

Hill was one in a string of murders over the last few days - it's a trend his mother says must stop.

"That's not fair. I pray. I am a Christian. You don't do that," said Derrick's mother, Lashay Hill.

At a time when they should be planning for the holiday, Lashay and her family are planning a funeral for her son.

Police say on Saturday morning, a group of three women and one man came looking for Hill at the home where he lives and cares for his grandmother. They broke the window on a car and then chased Hill.

One of the women stabbed him in the buttocks, hitting an artery, causing him to bleed to death.

"He didn't like arguments and he was a good kid. He didn't die over no drugs, gun violence. This was over kids' mothers. He's a good kid," Lashay said.

Hill had a one-year-old son and recently learned he was going to become a father again.

He was one of four people murdered in the city on Saturday alone.

She wants the people who attacked her son to surrender, and as a Christian she knows she must find a way to forgive.

"I pray for your soul and forgiveness. Forgiveness. You gotta forgive them because that's what God would want," she said.

Hill said her son did know at least some of his attackers, and police tell us they are making good progress in their investigation.

Hill's funeral is set for Saturday at the chapel at nearby Ivy Hill Cemetery.