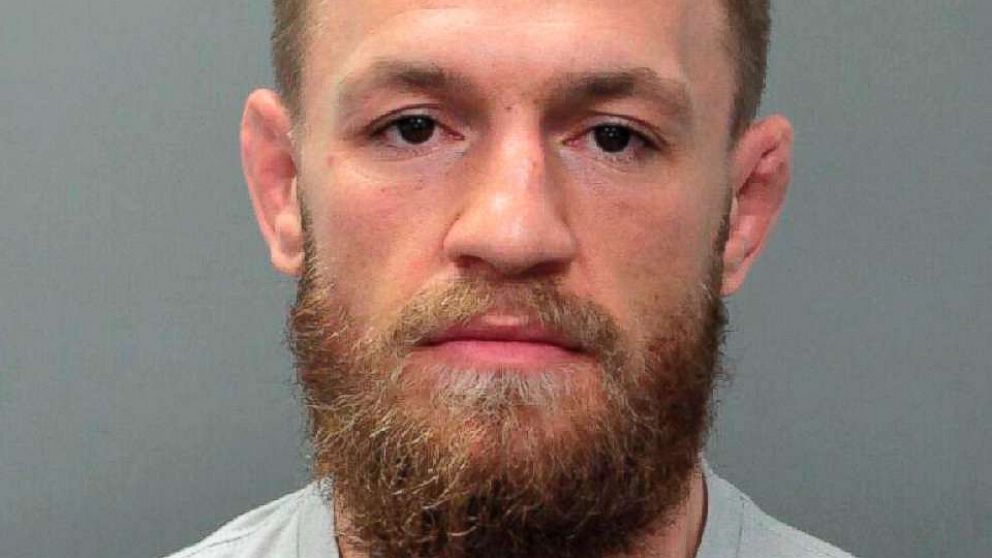 UFC superstar Conor McGregor was arrested in Miami on Monday after an alleged altercation with a fan who attempted to take a selfie with him.

The MMA fighter is facing two felony charges after allegedly smacking a man's phone out of his hand and smashing it on the ground, police said.

The incident happened outside of the Fontainebleau Hotel in Miami Beach around 5 p.m. when the man approached McGregor with his mobile phone and attempted to take a photo with him, according to an arrest affidavit.

McGregor, 30, allegedly stomped the man's phone several times and walked away with it, according to the affidavit.

McGregor was booked at the Turner Guilford Knight Correctional Center in Miami-Dade County on felony charges of strong-armed robbery and criminal mischief over $1,000.

He was released Monday evening after posting $12,500 bond.

His defense lawyer, Samuel Rabin, confirmed the incident in a statement to ABC News, saying his client "was involved in a minor altercation involving a cell phone that resulted in a call to law enforcement. Mr. McGregor appreciates the response of law enforcement and pledges his full cooperation."

The Irish UFC champion recently completed court-ordered community service in connection to a case from last April, when he was seen on video going on a rampage that injured another fighter at Brooklyn's Barclays Center.