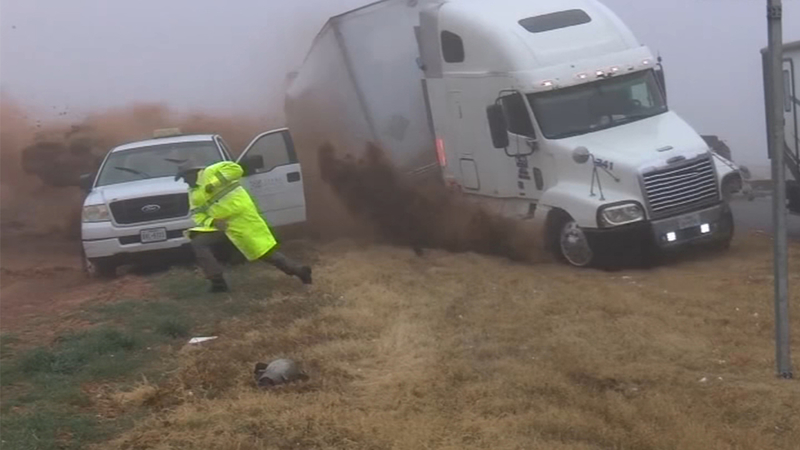 LUBBOCK, Texas -- It was a routine accident scene Friday afternoon where first responders worked to clear a crash on a foggy west Texas highway.

In the blink of an eye, that accident scene turned much more gruesome as an 18-wheeler appears, barreling into cars before sliding onto its side and injuring a state trooper.

The crash was caught on camera by a television news photographer from KCBD-TV. The Texas Dept. of Public Safety trooper is seen running for safety as the trailer crushes the cab of an F-150.

The trooper and an occupant in the pickup were both taken to a hospital. Both are expected to survive.