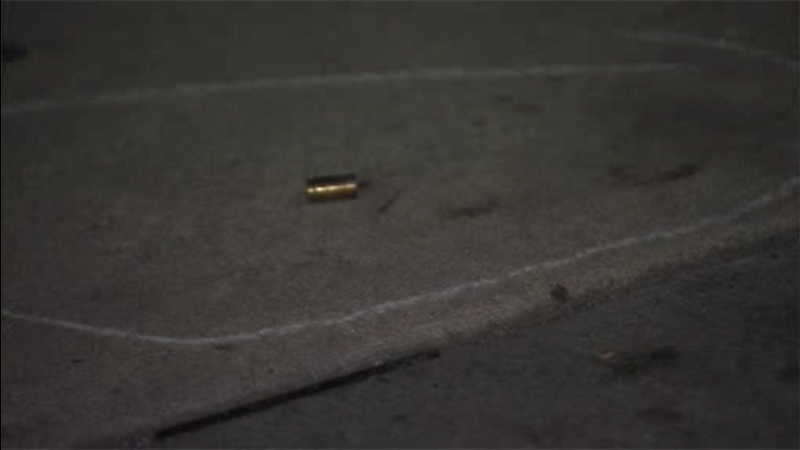 WEST PHILADELPHIA (WPVI) -- A man says he was hit by a stray bullet in West Philadelphia.

The incident happened after 2:30 a.m. Thursday between 52nd and 53rd and Market streets.

The victim says he was leaving a restaurant when he heard gunshots. More than a dozen shots were fired, police say.

The 30-year-old victim realized he was shot in the arm.

He ran two blocks, leaving a blood trail to make it to his home on South Ruby Street.

Police and medics found the victim there after a 911 call. He was taken to Penn Presbyterian Medical Center in stable condition.

A man who did not want to be identified at the home said he was with the victim when he was shot in the arm in front of a steak shop.

At least one bullet pierced the business front door of Gaetano's Steaks.

Police also found shell casings across the street. They are not ruling out if drugs played a factor in the shooting.

This morning the co-owner of Gaetano's cleaned up his shattered glass door. And a neighbor says he is concerned about coming out at night.

"If that can happen to wake me up, I'm kind of concerned about the whole neighborhood as far as what that tells about the area," said Charles Cooper of West Philadelphia.

The suspect is described as a black male, approximately 20-years-old, 5'6, thin build, brown complexion, wearing a black jacket, black skull cap, with a red bandanna in the rear pocket.

Police are relying on the real-time cameras in the area for evidence.