Student says she was bullied with anti-semitic remarks in Berwyn 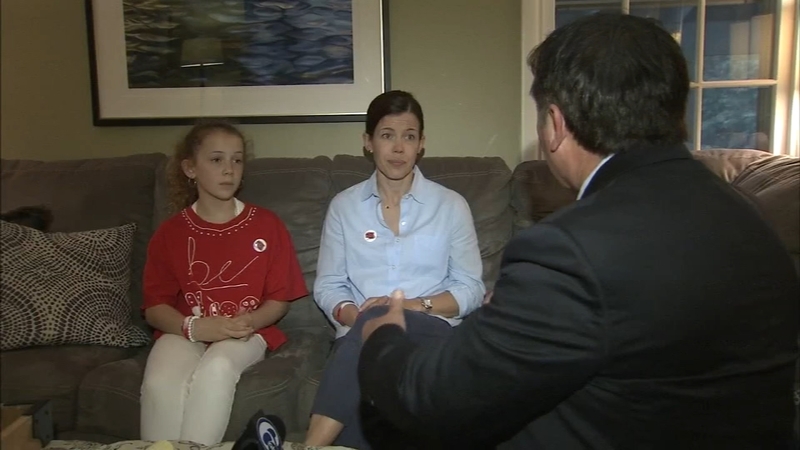 Student says she was bullied by classmate in Berwyn

It involves a 12-year-old girl whose family and she says when she tried to break up with a 12-year-old boy for bullying her friends it led to a series of anti-semitic text messages and threats.

Her mother said, "It was shocking and upsetting."

She showed her disturbing text message she received from a 12-year-old classmate she tried to break up with.

"He called me a dirty Jew, he told me to go back to my concentration camp, he sent me these memes that had pictures of Hitler and said, 'What's better baked? 6 million Jews,'" Nora said.

Nora's parents reported the incident to the school and soon learned there was word going around at school that after he was suspended, he was going to come back with a gun.

"He was going to come back to school with a gun and kill 33 people or target 33 people," said Nissenbaum.

Action News has learned that the 12-year-old was charged with harassment and marking terroristic threats. He was suspended from school for five days. They also removed him from Nora's classes. But that still didn't prevent them from passing each other in the hallways.
"We did pass each other about 8 times a day because they moved his locker away from mine, he would come around the corner and I would be going up to my class and he'd be coming down the hallway," said Nora.

In a statement, the school says all reports involving threats are taken seriously, and that they promised to investigate and implement appropriate measures.

But while the investigation continues, Nora's parents thought it best that she not return to the school.

They have arranged for a tutor to come to their home so she can complete the rest of the school year.

Efforts to reach the boy's lawyer were unsuccessful.