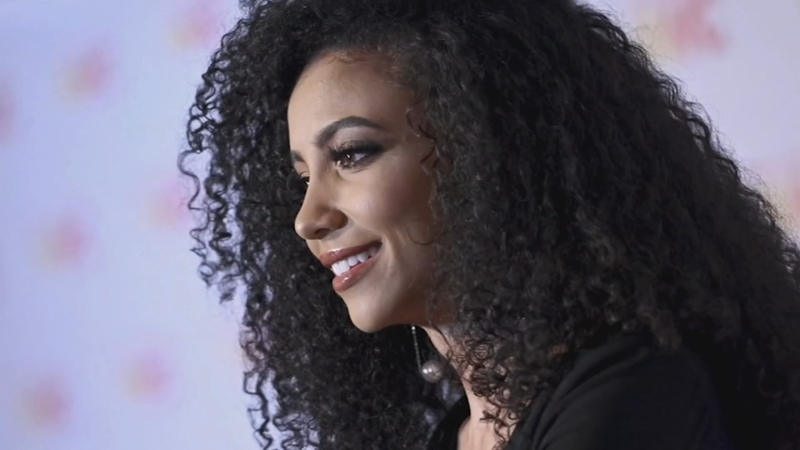 PHILADELPHIA (WPVI) -- Natalie Foglietta thinks of her cousin, Michael Donatucci fondly-- knowing he was the type of person who conveyed a certain image.

"Michael was the student and man you would see walking down the street and think he had it all," she said. "He was an Ivy League graduate, had the best opportunities professionally."

But Michael also had depression.

"For years, he struggled with anxiety and depression," Foglietta said. "At the age of 30, he died by suicide."

Donatucci took his own life in 2016. He was the same age as Cheslie Kryst, the former Miss USA who took her own life this week.

Her mother now says she had "high-functioning depression," much like Donatucci and others.

"They still go to work. They still take care of their families," said Dr. Rhonda Boyd, a psychologist with Children's Hospital of Philadelphia. "They hang out with their friends, so people are not aware."

Through her work and research, Boyd has seen that type of depression particularly affects African American women like Kryst.

"In particular, this is an issue with Black women with this 'Superwoman Syndrome,'" she said. "Your emotions are put to the side because there's a portrayal of 'I have to be strong.'"

The 6abc data team researched figures on suicide from the CDC.

For Black teen girls, the increase is 81% in those five years.

"Black people overall are less likely to get treatment, even when they're depressed," said Boyd.

Even for populations who do have access to care, there's still the stigma.

Those types of high achievers may mask their symptoms well.

"We do see people who are able to function even though they're suffering," said Boyd.

That's why experts say it's important to check in.

"There may be smaller things that you may notice," said Boyd, who also pointed out that each person is different in how they may or may not show symptoms.

Some symptoms manifest themselves physically with aches and pains or changes in sleeping and eating patterns. Other times, people may seem disengaged from things that once made them happy.

Foglietta adds that even people who are viewed as strong can be vulnerable to depression.

"It really just reminds us that we need to check in on our strong friends," she said.

Donatucci's struggle became the inspiration behind a nonprofit that bears his name: Michael's Giving H.A.N.D. ("Handling Anxiety and Navigating Depression").

The organization focuses on reaching out to teens in hopes of preventing other families from experiencing the heartache of a loved one taking their own life.

"No other family should have to feel that pain," said Foglietta.