Students at the Philadelphia High School for Creative and Performing Arts completed a lesson based on the documentary.
WPVI
By Porsha Grant 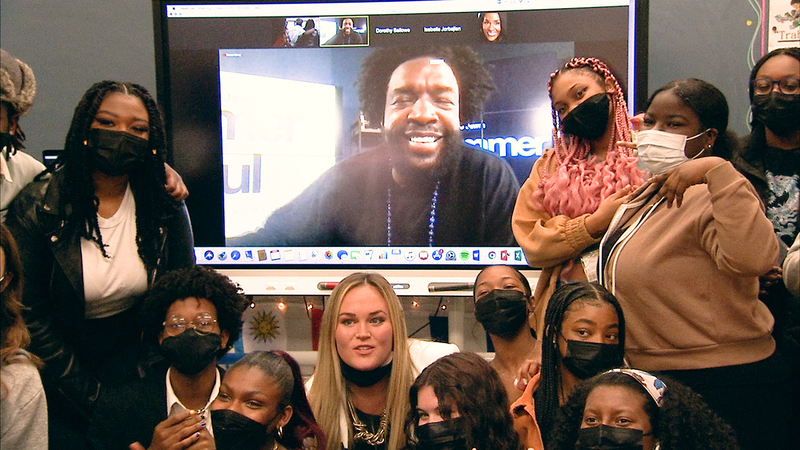 Inside Questlove's discussion with students on 'Summer of Soul'

PHILADELPHIA -- The Philadelphia High School for Creative and Performing Arts, affectionately known as CAPA, has no shortage of notable alumni. From R&B group Boyz II Men to songstress Jazmine Sullivan, many now-famous people walked through its halls as students.

The list, however, is incomplete without two alumni who have become hip-hop royalty: CAPA is where Tariq "Black Thought" Trotter and Ahmir "Questlove" Thompson formed The Roots.

Early in his discussion with CAPA students, the Grammy award-winning drummer and DJ recounted the origin story of The Roots, which played out at the school more than 30 years ago.

Knowing this, the excitement was palpable when CAPA students found out that Questlove would join class for a virtual visit.

The students had finished watching his directorial debut, "Summer of Soul (...Or, When the Revolution Could Not Be Televised)," and completed a lesson from a curriculum based on the documentary.

The film centers around the largely forgotten Harlem Cultural Festival, which was filmed in Marcus Garvey Park (formerly Mount Morris Park) in Harlem, New York, over the summer of 1969. The event celebrated Black history, culture and fashion over the course of six weeks.

Early in his discussion with CAPA students, the Grammy award-winning drummer and DJ recounted the origin story of The Roots, which played out at the school more than 30 years ago. 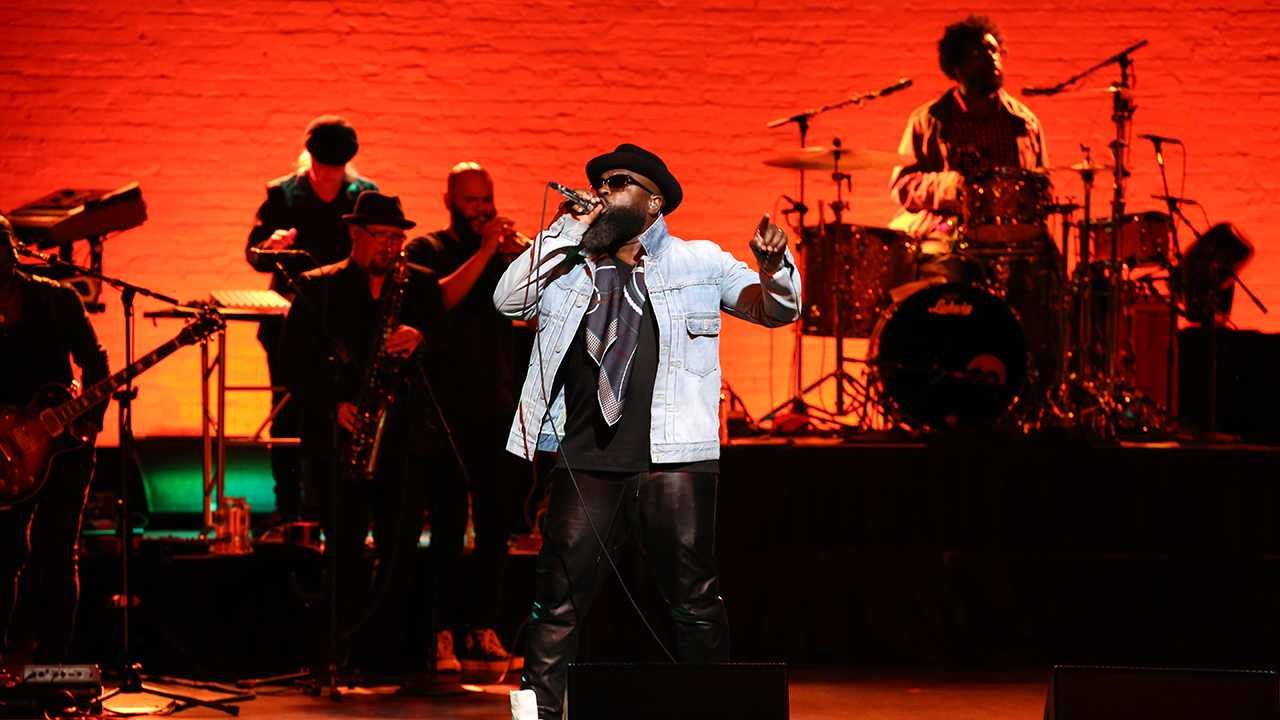 The Roots perform at the "Hip Hop: Songs that Shook America" screening/event at The Apollo Theater on Oct. 7, 2019, in New York City.

"The Roots were kind of started off a lie," Questlove told the students with a chuckle. "There was a choir major who I was kind of head-over-heels in love with. I caught myself telling a lie like, 'Yeah I have a rap group. She's like, 'Rap group with who?' And I was like, 'Him!' And ran up to Tariq like, 'Whatever you do, if someone asks you, we're a rap group right now.' And Tariq was like, 'OK,' and literally that's how The Roots was born."

Storytellers Spotlight: Questlove calls Oscar-nominee 'Summer of Soul' a film that his younger self would have wanted to see
EMBED More News Videos

Questlove told On The Red Carpet that the heart behind his Oscar-nominated "Summer of Soul" came from a desire to create content that his younger self would want to see.

Here's an excerpt of Questlove's Q&A with CAPA students.

Transcript was edited for clarity.

Marcel, creative writing major: As artists and creatives, we're constantly reminded that it's going to be hard to pursue a career. What advice would you give like young artists?

Questlove: You really have to commit and be in love with your art to the point that you're willing to sacrifice for it. I find it very ironic that as a filmmaker, everything that I've imagined happening is happening right now to me. Even though I've made 17 records -- I'm part of the people that brought you "Hamilton" -- my resume was kind of cool. But I find it weird that as a 51-year-old, I'm like, "What would I tell my 19-year-old self a year after graduating CAPA? That your magic's not even going to begin to start flourishing until three decades from now." 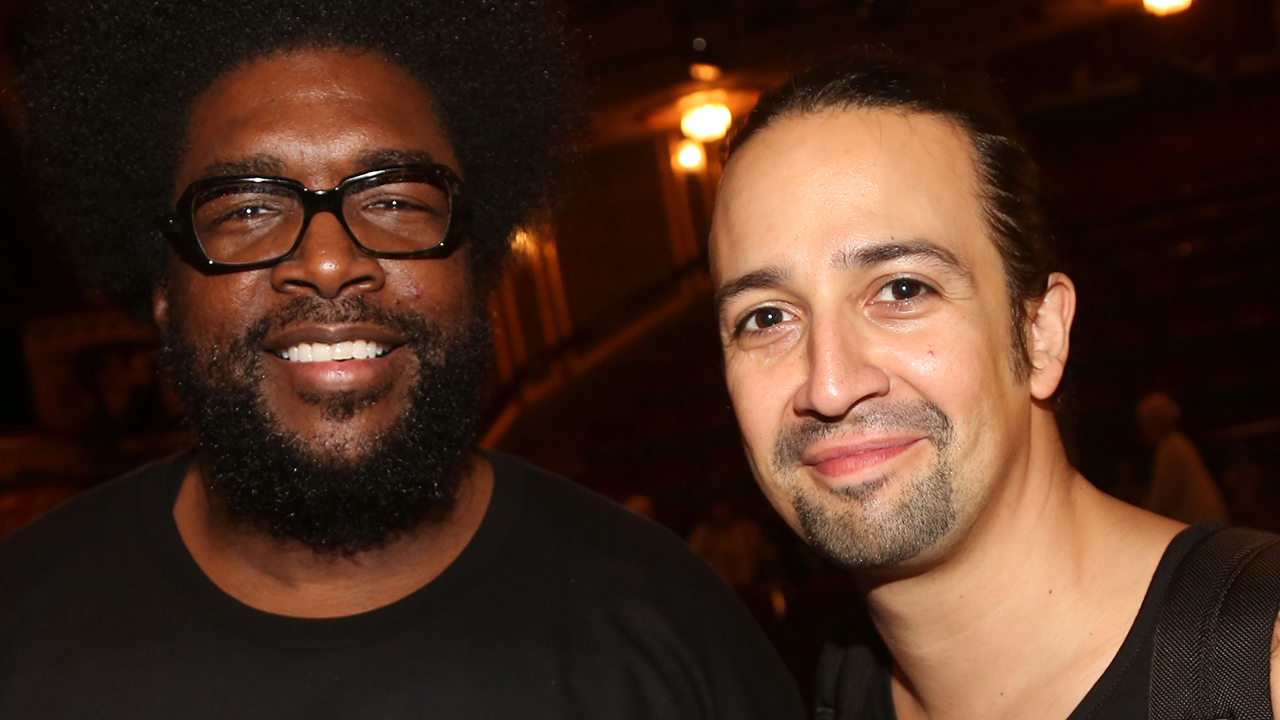 Questlove and Lin-Manuel Miranda pose backstage at the hit musical "Hamilton" on Broadway at The Richard Rogers Theater on July 28, 2015, in New York City.

Sophia, dance major: What lessons do you want the audience to take away from [Summer of Soul]?

Questlove: I'm glad you're asking that question. Because I, too, am searching for what is the takeaway. And the takeaway, for me, is that stories matter. When we frame what the last half of the 1960s were like, when you think of hippies and the fashion and all those things, Woodstock is your reference. This film wasn't allowed to tell that story. This should be a teachable lesson on listening to people who are marginalized and don't necessarily have a seat at the table. That's what I want people to take away from it -- that this festival was organized as a way to heal people from pain. And this movie was made to shine a light on a marginalized people. Hopefully, more will come after this.

MORE: The revolution that was never televised finally gets seen in 'Summer of Soul'
EMBED More News Videos

For 50 years, the footage of an epic event that celebrated Black history, culture and fashion, The Harlem Cultural Festival, sat unseen. Until now.

Students also shared their takeaways from 'Summer of Soul':

Sophie, visual arts major: I think it was super cool to be able to see this representation that was hidden from everyone ... and to be able to understand the cultural impact it really had on the time and place, even though we don't talk about it, mostly because it wasn't white-centric. I think it was really interesting to go to see that viewpoint and see it really come to fruition.

Raymond, vocalist: Music and Black people like just mix. What makes me happy is that it was a giant music festival. It was the one thing that you could count on to bring people together, especially with everything that was going on: not just problems outside of the movement with the assassinations or the war in Vietnam, but also in the civil rights movement. There were nonviolent groups and violent groups, and they were clashing with each other because they didn't know what the right way was to fight for freedom. So instead of just focusing on that, we came together for music. Instead of deciding whether or not we were to fight or not fight, we wanted to enjoy ourselves for a little bit.

"Summer of Soul" is the first official project under the Onyx Collective brand for creators of color and underrepresented creatives. It's now streaming on Hulu and is available on DVD.