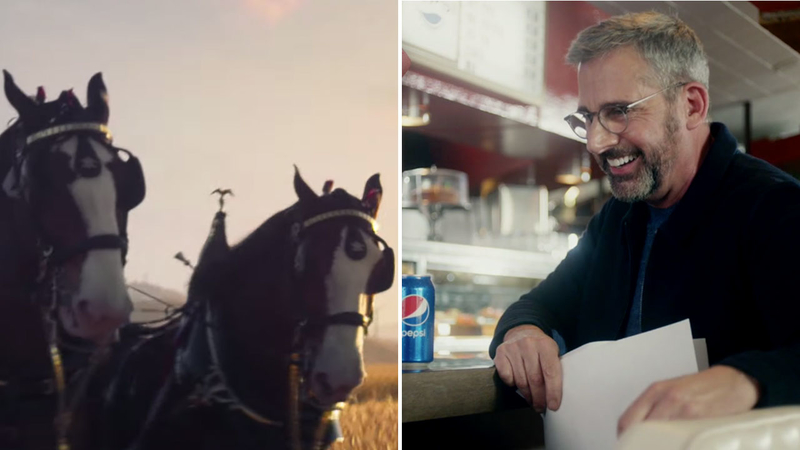 Now that we know who's playing in Super Bowl LIII on Feb. 3, it's time to find out who the major players will be in the night's unofficial competition: the commercials.

Here's a sneak peek at the ads that we know about so far.


The beloved Budweiser Clydesdales weren't in the beer company's 2018 Super Bowl ad, but they're back this year! This 2019 ad, which also features mascot April the dalmatian and a Bob Dylan classic, focuses on the company's commitment to wind power.

There are two things we know about Pepsi's ad: It's set in a diner, and it's bringing in the star power. Cardi B is said to make an appearance; in a clip acquired by ABC News, Steve Carell laughs at the script; and in a teaser posted on YouTube, Lil' John pours out his catchphrase.

The dating/networking app, which is known for promoting messages of women's empowerment, will have its first-ever Super Bowl ad. AdWeek told ABC News that Serena Williams will star.