Kelly Ripa to Eagles fans: Can you believe it? 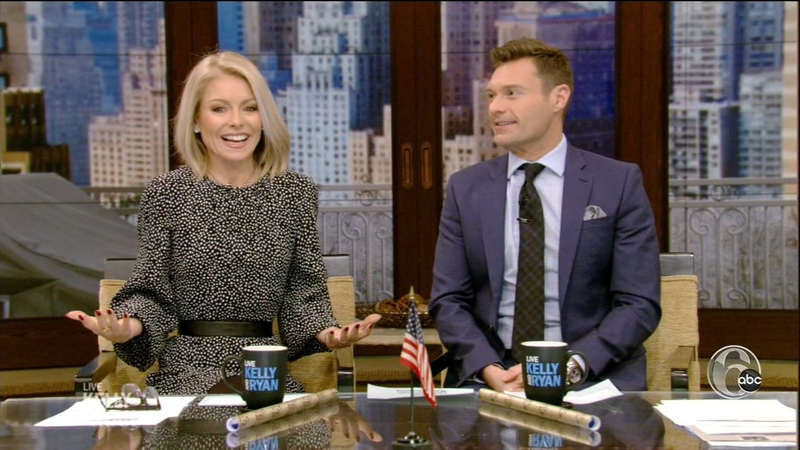 PHILADELPHIA (WPVI) -- It's unbelievable, but it's true. The Philadelphia Eagles are going to the Super Bowl.

For many in the Delaware Valley and those who still call Philly home, it may have felt like a dream when the Eagles defeated the Minnesota Vikings Sunday night to claim the NFC Championship.

You can count Kelly Ripa as one of those still in shock.

As the Stratford, Camden County-native and Ryan Seacrest opened their 'Live' show Monday morning, they were greeted by raucous applause, especially from two Eagles fans in the crowd.

Two women, one wearing a Carson Wentz jersey, were quickly pointed out by Seacrest.

Ripa asked the fans, "Can you believe the Eagles are going to the Super Bowl?"

The crowd let out a huge cheer.

Ripa recalled when she was in fourth grade, the Eagles went to the Super Bowl and her school made everyone wear green. Because she didn't have any green clothes, Ripa said her mother went out to Strawbridge & Clothier, and bought her a green turtleneck and a green pair of Gloria Vanderbilt green velvet jeans.

"I wore them until they were like short-shorts," Ripa said.

The hosts then spoke about the celebration by Eagles fans.

Ripa said her dad, an Eagles' season ticket-holder, sent her a photo of him wearing a horse head. She explained the reasoning to be "tailgating."

Seacrest and Ripa chatted about the Crisco Cops trying to stop revelers from climbing light poles in the city. The greasy poles, however, did not prevent all fans from their climbing aspirations.

Ripa explained to Seacrest a celebration in Philadelphia is "a good time."