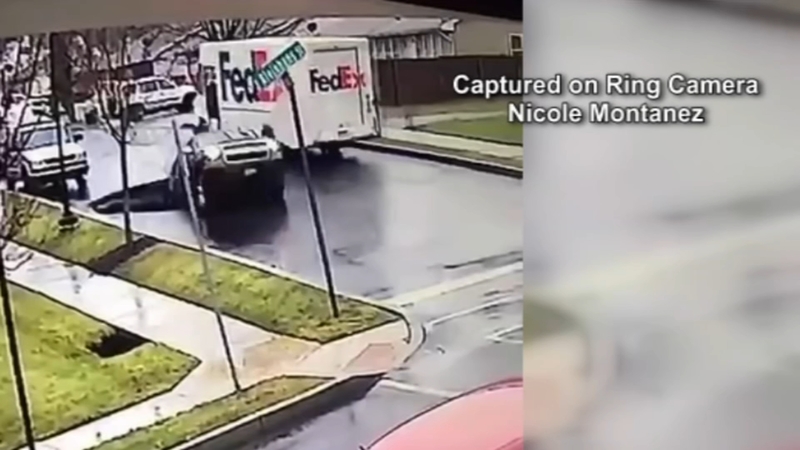 EASTON, Pennsylvania (WPVI) -- The driver of an SUV is speaking out after a sinkhole swallowed up his vehicle in Northampton County.

The incident, which was all caught on camera, happened on Monday in Easton, Pa.

The driver, MD Islam, says he and a friend were coming home from lunch when the road suddenly collapsed.

He says water and rocks were rushing underneath the street.

Islam hurt his back and shoulder while trying to escape.

"I tried to open my driver side door, but I couldn't," he said. "Then I'm rolling the window and I jump out."