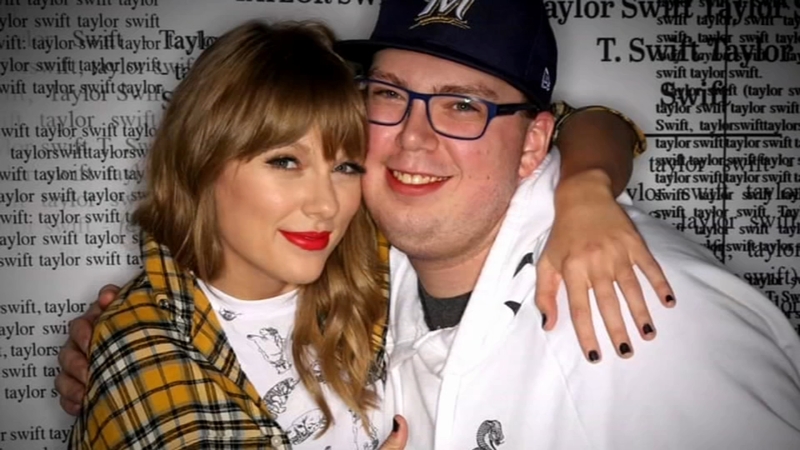 WALDO, Wis. (WPVI) -- Not all heroes wear capes. Some of them wear Taylor Swift merchandise.

Joey Grundl from Wisconsin made headlines when he called police after seeing a distressed woman with black eyes and bruises mouthing "help me" inside the apartment where he was delivering pizza.

He dialed 911 after he left and responding officers arrested the woman's ex-boyfriend and charged him with kidnapping.

A day later, Grundl was seen wearing Swift's 'Reputation Tour' hoodie as he was interviewed by the media. Swift's fan base immediately recognized the merchandise and began tagging the Berks County on social media in hopes to gain her attention.

Swift saw the story and arranged to meet Grundl at her concert in Arlington.